As Canadians continue to shelter-in-place, they’re still connecting to radio, according to the latest data analysis from Radio Connects.

Radio Connects says more Canadians tuned in at home during the week of Apr. 13 vs. the week of Feb. 24, and they listened for longer with A25-54 home tuning increasing by +27%. 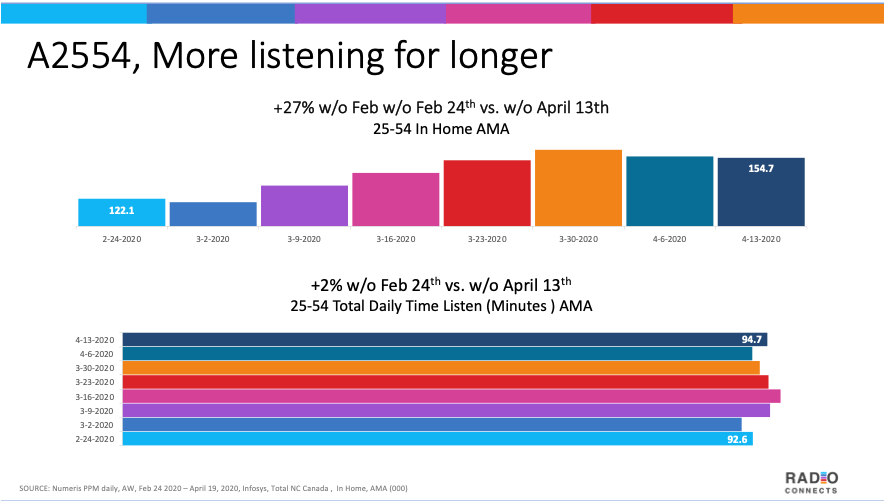 According to Maru Canada survey data supplied by the industry advocate, over-the-air remains the primary means of listening. Of Canadians asked during the week of Apr. 1-8 how they are listening to radio, 55% said they are using a regular radio, including their car radio. 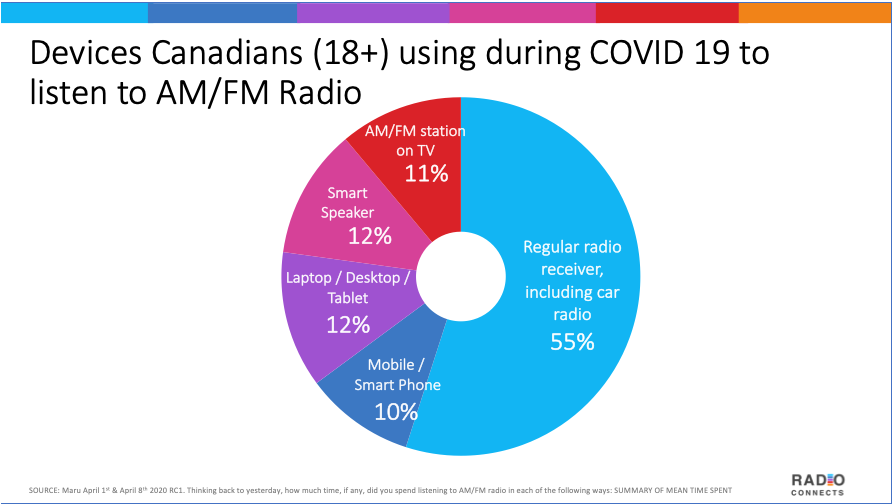 In the meantime, Numeris has released its own data analysis highlighting that streaming of AM/FM radio online also continues to grow, now representing about 8% of Total Radio Consumption for Canadians 18+. The Average Minute Audience (AMA) for Mar. 2020 recorded an 11% increase in audio streaming from the previous month, up 26% vs. the same month last year, as Canadians adjust to a new routine. The trend was identified among all major target groups.

Across Canada, audio streaming of AM/FM radio increased by 26% in AMA. Toronto shows the highest level of overall tuning to Audio Streaming while Vancouver recorded the highest increase (+62% compared to same month last year), followed by Edmonton at 34%. 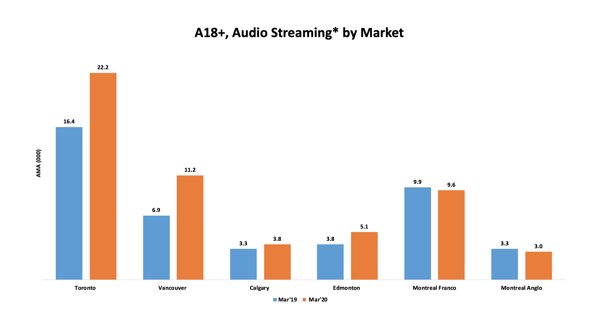