The imposition of Canadian content spending obligations on streaming services will only apply to those “that have a significant impact” in Canada, according to Canadian Heritage Min. Steven Guilbeault.

Guilbeault said additional legislation around both taxation and further regulation is in the pipeline, while Bill C-10 addresses “one of the cornerstones” of the Broadcast and Telecommunications Legislative Review.

“One of the cornerstones of the Yale report is the fact that online broadcasters, web giants if you prefer, the Netflix, and Spotify, and Apple Music and Amazon Prime of this world need to be brought under Canadian regulation and that’s exactly what we are doing,” said Guilbeault, who added that in the longterm the Minister of Finance will be addressing corporate tax avoidance by digital giants.

“I’m not pretending that the bill tabled this morning answers everything that was in the Yale report, but I think we’re going after a fairly substantial element of the Yale report today,” said Guilbeault, deferring reporters’ taxation queries to Finance Min. Chrystia Freeland.

Guilbeault dismissed suggestions that imposing production spending requirements might result in added subscription costs being passed on to Canadian consumers.

“We’re not asking these companies to do things they’re not already doing, they’re already investing in Canada. What we’re doing is putting a regulatory framework on how those investments should be made in light of things we’re already asking of Canadian broadcasters,” Guilbeault responded. “If you look at the example of Europe…many European countries have had in place similar legislations…since 2018, we haven’t seen an increase in cost for consumers because of the imposition of such regulations.” 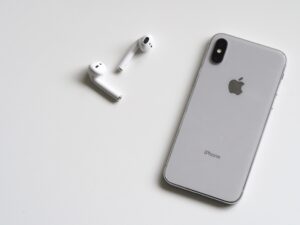 Guilbeault said with broadcaster investment in French or English content generally reflective of 25 to 45% of revenues in a specific market, he anticipates similar obligations to be imposed on streamers.

“We anticipate that this will mean close to $1 billion in additional revenue in the Canadian cultural ecosystems,” said Guilbeault. “In terms of the definition, we will be asking the CRTC to look at this.”

The minister said he’ll be issuing a directive to the commission, once the bill receives approval, that would bring the proposed Broadcast Act amendments into force within “roughly” nine months.

“We are going as fast as we can,” said Guilbeault. “We haven’t reformed the Broadcasting Act since 1991, so it takes time to do it properly, but we don’t want to take too much time because there’s an emergency to act quickly, so we want to find the right balance of doing it right and doing it as fast as we can at the same time.”

Guilbeault said the government is continuing to work on other modernization measures, including addressing the issue of Facebook and Google’s impact on the Canadian media ecosystem.

“We are working on tabling a bill to tackle that issue very, very soon,” promised Guilbeault, adding that in the last few weeks he’s been in touch with his French and Australian counterparts as those countries move ahead with their own legislation governing the digital giants.

“There are other elements of the Yale report we’re working on, but that will come further down the road,” said Guilbeault.

The Coalition for the Diversity of Cultural Expressions (CDCE) is among the organizations praising the Bill C-10 revisions, saying the measures “finally extend regulatory obligations for the funding and promotion of national cultural content to the web giants.”

“We hope that the review process will be swift and that we will have a new law in 2021. More than ever in this time of crisis, Canada needs strong policies to support its culture,” said Solange Drouin, Co-Chair of the CDCE.

“This is important legislation that will address the monumental shifts that have occurred in the marketplace since the Broadcasting Act was last updated, nearly 30 years ago,” added Reynolds Mastin, President and CEO, Canadian Media Producers Association (CMPA), in a statement.“In particular, we applaud the government’s intent to bring online broadcasters – which includes some of the world’s largest global technology companies – into Canada’s legislative and regulatory system. Given their ability to access domestic audiences and generate significant Canadian revenues, these tech giants must be required to contribute to the production of Canadian programming,” said Mastin. “We further welcome the government’s commitment to support producers from communities that have traditionally been underrepresented in Canada’s media landscape and are pleased to see the government recognize the importance of Canadian ownership of intellectual property. IP is the new currency of the global economy and we must ensure Canadian producers from all backgrounds are well-positioned to compete on the world stage.”

Canada Media Fund (CMF) President and CEO Valerie Creighton also issued a response saying the organization is hopeful the measures introduced “support the long-term sustainability of Canada’s screen-based sector, so that our stories continue to reach new and growing audiences here at home and around the world.”