Canadian Heritage Min. Steven Guilbeault has tabled Bill C-10, the Broadcast Modernization Act, that among other measures, creates a new category of broadcast undertaking – the “online undertaking” – and gives the CRTC new powers that would tap streaming companies for as much as $830M annually in Canadian content contributions by 2023.

In a departure from the recommendations of the Broadcast and Telecommunications Legislative Review (BTLR), the Bill does not apply to online news media or text-based (alpha numeric) sites. It also excludes user-generated social media content, but would apply to YouTube Music or instances where parent company Google is commissioning or curating content, as well as Facebook Watch. Additionally, the bill stops short of applying a corporate tax on streaming companies or having them collect or remit GST.

The Bill’s proposed amendments to the Broadcast Act would establish an online broadcast undertaking that would apply to any service that transmits or retransmits programs over the internet, whether carried on in whole or in part within Canada, including on demand.

The undertakings would not be licensed, but would be subject to “conditions of service” under which the CRTC could issue orders in support of the discoverability of Canadian programs, compel streaming companies to provide information, and embolden the commission to require online undertakings to make financial contributions to music and content production funds.

Canadian Heritage says those financial contributions could raise as much as $830 million a year by 2023, based on similar obligations to those currently imposed on regulated broadcasters, cable and satellite companies, and help stabilize projected stagnation in the level of support for Canadian content as more and more Canadians access music and television through on-demand services like Netflix and Spotify. While online video services have seen revenue growth of approximately 90% per year over the last two years, traditional broadcasters have experienced a steady decline of 1.8% per year over the last five years. According to information provided in a technical briefing, Netflix alone, which is now present in 62% of Canadian households, generated $1 billion in revenue in Canada in 2019. 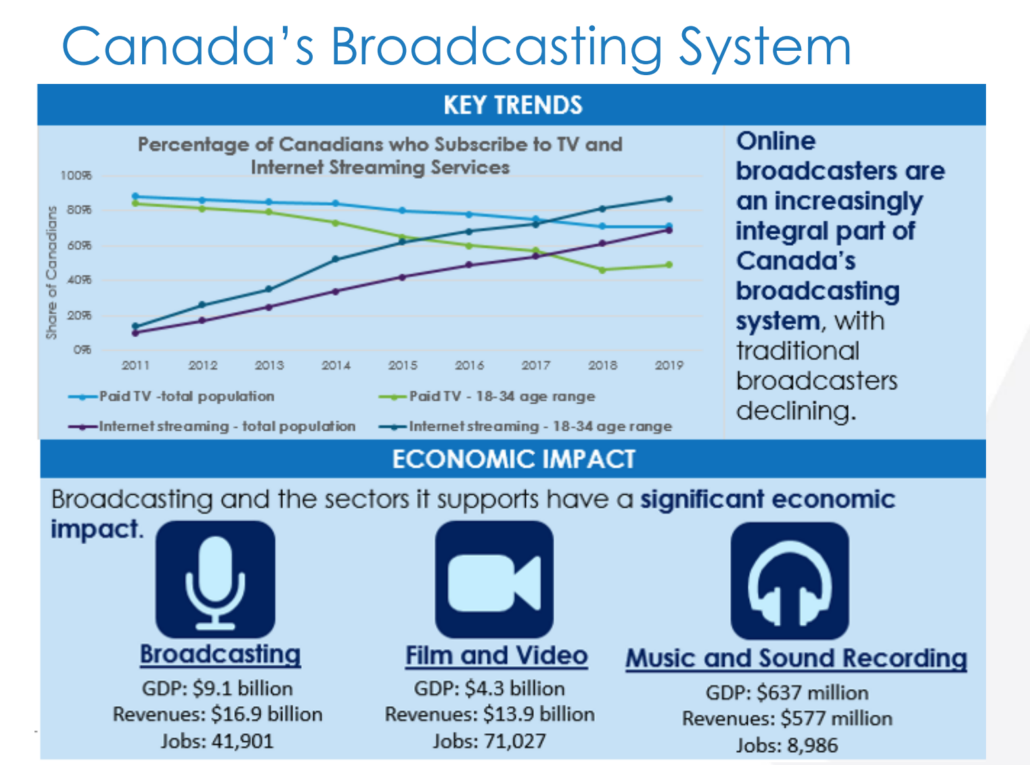 The Bill allows for the imposition of administrative monetary penalties (AMPs) that align with the CRTC’s enforcement powers around telecommunications and spam. Violations would include non-compliance with regulations or orders, broadcasting when prohibited from doing so, and failing to submit required information to the CRTC.

A proposed “streamlining” of how policy direction is issued by the Governor in Council (GIC) to the CRTC is also proposed, in addition to specific language around the reflection of “Indigenous peoples, persons with disabilities and Canada’s diversity in the broadcasting system.”

According to information provided to reporters in the technical briefing, the measures set out in the Broadcast Modernization Act reflect Guilbeault’s sense of urgency around key recommendations of the BTLR. Among the minister’s key priorities are said to be revisiting the definition of what is a “Canadian Program”; addressing fair and transparent renumeration for musical artists; and addressing regulatory asymmetries within the broadcasting system, while providing flexibility for distinct business models. 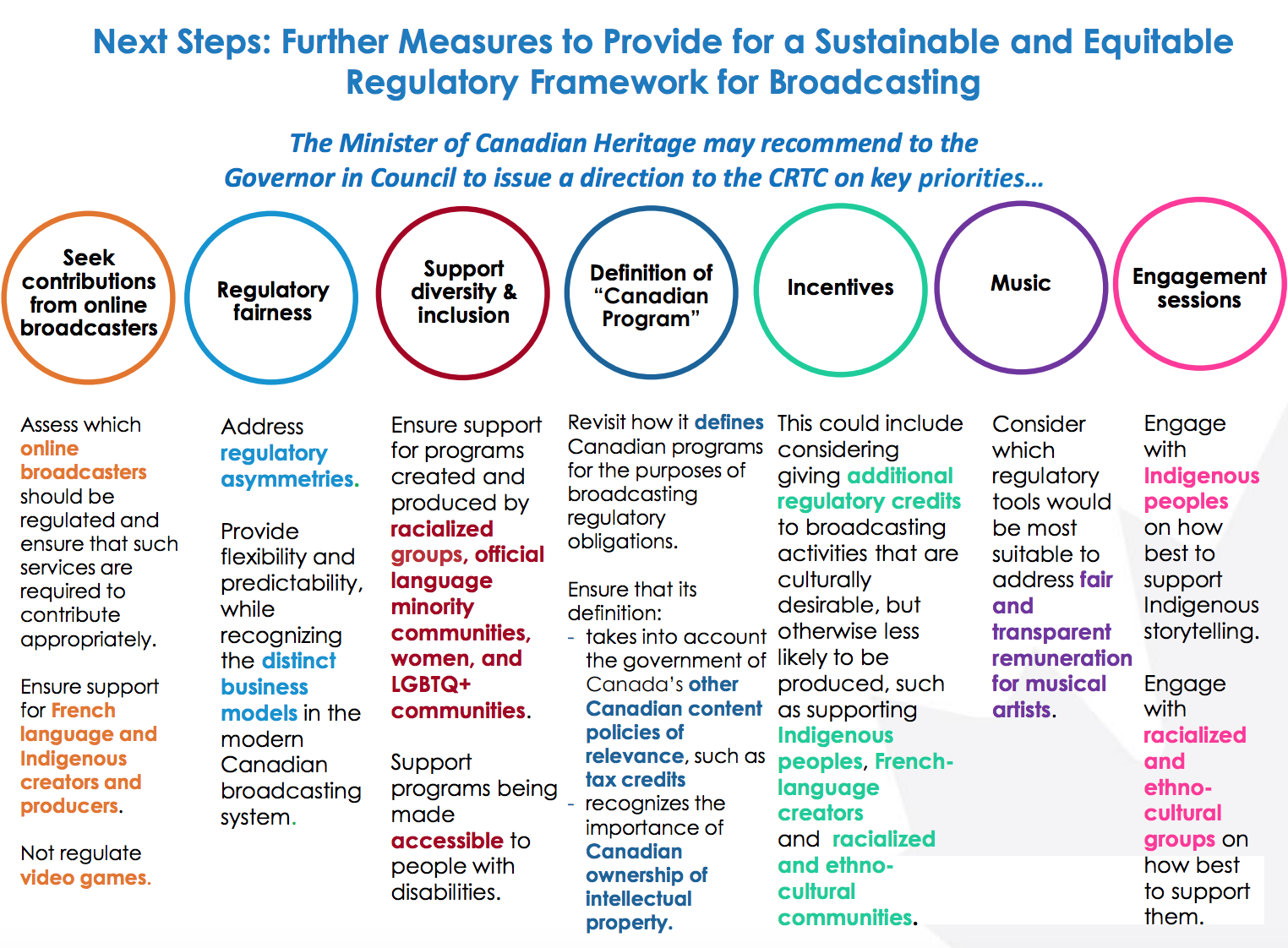