Apple TV+ will launch in over 100 countries, including Canada, starting Nov. 1 at an introductory price of $5.99/month (CAD). Billed as the first all-original video streaming service, subscribers can watch Apple TV+ both online and off, ad-free, on the Apple TV app. Apple TV+ will also be available on select 2018, 2019 and newer Samsung smart TVs, and on Amazon Fire TV, LG, Roku, Sony and VIZIO platforms in the future. Customers can also sign up to watch on the web at tv.apple.com. Apple is also hoping to draw viewers by offering free subscriptions to those who purchase a new iPhone, iPad, Apple TV, Mac or iPod touch, as of Sept. 10, who will enjoy one year free. Apple TV+ original programming at launch is headlined by The Morning Show, co-executive produced by Jennifer Aniston and Reese Witherspoon. Starring Steve Carrell, the show explores the world and egos of morning TV news. Other offerings including dark, but comedic coming-of-age series Dickinson; See, starring Jason Momoa and Alfre Woodard, set 600 years in the future after a virus has decimated humankind and rendered the remaining population blind; Helpsters, a new children’s series from the makers of Sesame Street; Snoopy in Space, a new original from Peanuts Worldwide and DHX Media; and Oprah Winfrey in conversation with authors as she expands her book club to the platform. Read more here.

Twitter has been named the exclusive content distribution partner for Ricky Tollman film Run This Town, which debuted at SXSW in March. A release says Twitter will do a series of integrated promotions leading up to the film’s release in early 2020 with the digital push taking advantage of the platform’s deep analytics to see where the film is activating the most engagement. The feature, a loose retelling of the Rob Ford story, is being distributed by Elevation Pictures in Canada. Sony Worldwide has closed a deal for the rights outside North America. 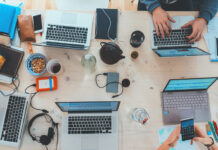 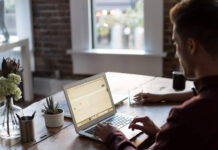