The CBSC issued its decision Wednesday in reference to a complaint from a listener about the Mar. 24 episode of The Zelda Young Show.

Focused on issues of interest to the Jewish community, the episode featured American author and political commentator Diana West. The CBSC says during the episode, the two women discussed American politics in the context of West’s book, The Red Thread: A Search for Ideological Drivers Inside the Anti-Trump Conspiracy. During the conversation they expressed support for U.S. President Donald Trump’s actions and policies, and voiced concern about socialist and globalist ideas taking hold in the U.S.

At one point, the discussion turned to the issue of Islamic immigration to the U.S.

Young: Now what about the Ilhan Omars? This anti-Semitic, uh, rant that we see.

Young: Is she the one that supposedly has been married to her brother?

Young: Oh my god. How does that happen?

West: I don’t know. I mean, it, I, the whole, you know, we don’t, that’s another aspect of this tragic period we’re in in America is this, this failure to follow law and order and tradition. I mean, you know, we’re in this very broken state. But this is what happens when you get an Islamic demographic. You do see an upsurge in anti-Semitism and, and, you know, it is something that is inculcated in the religion of Islam, just as it is anti-Christian. So, this is just what you see as a consequence of Islamic immigration. And we saw it ahead of us in Europe. Um, you know, there were many of us for the past fifteen, eighteen years, what are we coming up? We’re coming up, I can’t believe actually nearing two decades since 9/11. We’ll be coming up –

West: – on the eighteenth anniversary later this year. This is what many of us have been talking about for, for years now in terms of a democratic country cannot remain true to free speech, freedom of religion and so on when it imports an Islamic demographic that will vote. And what we’ve seen in certain, um, areas of, of real colonization. For example, the Somali colonization of Minnesota. We have seen this, now we are seeing this demographic express itself and vote in the democratic way and elected Ilhan Omar or a, a Keith, uh, Ellison. Um, or we also have, you know, a, a, a Palestinian-, um, American representative, Tlaib. I mean, this is what happens when immigration is not calibrated to include people who are with you before they get here and don’t want to transform you to something you are not. So.

The listener who complained to the CBSC characterized the comments as “anti-immigrant statements and inappropriate insinuation of an individual’s character,” the latter referring to negative comments made about former U.S. vice-president and current 2020 Democratic presidential candidate Joe Biden.

CHIN responded to the complainant acknowledging that West discussed “controversial issues such as politics and immigration and made comments that some may find disagreeable,” but said it did not find the comments abusive. The station also provided a list of other individuals who have appeared on The Zelda Young Show who have expressed “a variety of differing views on matters of public interest.” The station said it had discussed the listener’s concerns with Young and asked her to be diligent in monitoring her guests and to encourage balanced discussions in a respectful and intelligent manner.

The CBSC examined the complaint under the Human Rights clauses of the CAB Code of Ethics and Equitable Portrayal Code, as well as the stereotyping clause of the Equitable Portrayal Code. While the CBSC acknowledges that the “codes do allow the expression of political views on any subject including immigration, socialization, assimilation, and globalization,” the majority of the Panel considers “that where an accusation is against an entire group of people without exception, as in the case of this program, then such a statement will not be acceptable.”  The Panel also noted that the host did nothing to mitigate the remarks and there was therefore a breach of the codes.

The Panel unanimously concluded there was no breach in reference to the negative remarks about Joe Biden because broadcasters are allowed to air criticism of public figures.

In its decision, the Panel suggests that in the context of controversial opinion-based programs, broadcasters could consider disclaimers at the beginning of those shows. The CBSC says while disclaimers would not excuse abusive or discriminatory commentary, they would at least alert listeners to the nature of the programs.

CHIN will be required to announce the CBSC’s decision once during peak listening hours within three days and once more within seven days during the time slot in which The Zelda Young Show was broadcast. 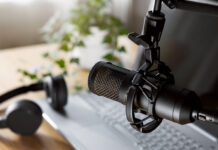