WordPress is set to launch a new toolkit called Newspack this year aimed at helping small and medium-sized publishers become more profitable. The result of a partnership between WordPress; News Revenue Hub, which supports sustainable, profitable journalism; and Spirit Media, a digital & TV content production & audience building company, Newspack is funded in part by $1.2M from the Google News Initiative. Promising to minimize development hurdles and optimize monetization, the initiative is being led by WordPress.com president Kinsey Wilson, former digital lead at NPR and The New York Times. WordPress is hoping to get six newsrooms on board the initiative in the first six months of this year. Publishing partners who apply by Feb. 1 will be able to use Newspack free during an initial grant period. Interested news organizations can click here to learn more. The Canadian Paralympic Committee (CPC) and CBC/Radio-Canada have announced the launch of the Paralympic Super Series, a package of Paralympic sport competitions that will be available as live streams via the CBC Gem app and cbcgem.ca, as well as on the CPC Facebook page, with select events available on the Radio-Canada Sports app and radio-canada.ca/sports. The Super Series will feature more than 50 hours of Paralympic sport coverage throughout the year and marks the first time CBC has offered coverage of Para Alpine and Para Nordic events outside of the Paralympic Games. The first event of the series is the Para Alpine World Cup in Zagreb, Croatia Jan. 16-17. Spotify now has more than 200 million global monthly active users, as announced at CES in Las Vegas, but 113 million of those are still accessing the app via its free tier. Dustee Jenkins, the company’s global head of communications, said 20 million new active users had been added in the last six months from 78 countries. Launched in 2008, Spotify has yet to turn a profit. It’s set to release its Q4 2018 financial results Feb. 6. 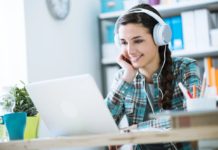