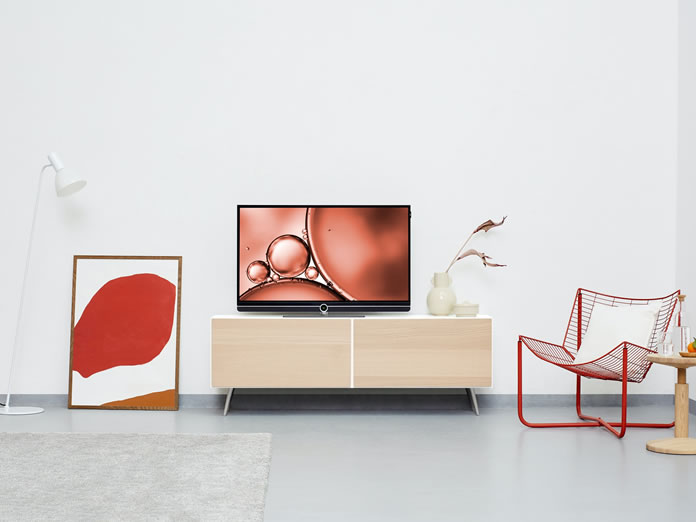 The 24th annual Writers Guild of Canada Screenwriting Awards have been announced with Jann Arden and Jennica Harper winning the Best Comedy honour for JANN, and Noelle Carbone taking the Drama Series award for Coroner. The 2020 WGC Showrunner Award went to Dennis Heaton, the Sondra Kelly Award to Cynthia Knight, and the Alex Barris Mentorship Award to Nathalie Younglai. This year’s winners will be celebrated at the 25th Annual WGC Screenwriting Awards, set to take place Apr. 26, 2021, in Toronto. 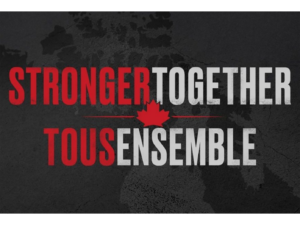 Stronger Together, Tous Ensemble, the all-Canadian special that aired across 120 platforms, including 44 television networks, has made history as the most-watched (non-sports) Canadian broadcast on record, drawing 11.5 million viewers. According to preliminary Numeris data, nearly one in three Canadians watched some part of the broadcast with audiences peaking at more than 6.1 million viewers during the world premiere of ArtistsCAN’s multi-artist “Lean on Me” charity single. Overall, the 90-minute special has a preliminary overnight audience of 5.6 million viewers. The special also reached hundreds of thousands of others on radio, online and on demand with more than $6 million raised in support of Food Banks Canada. Read more here. 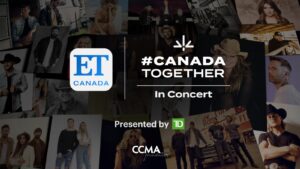 ET Canada and the Canadian Country Music Association Foundation’s collaborative, week-long broadcasting event, Canada Together: In Concert Presented by TD, raised more than $300,000 for Food Banks Canada and the Unison Benevolent Fund. In addition to sponsoring the concert series, TD also donated $100,000 to assist Canadians in need during the COVID-19 crisis. Spotify helped stretch donations to the Unison Benevolent Fund even further through their #SpotifyMusicRelief project. Featuring intimate performances with artists remotely from their homes, Brett Kissel, Dallas Smith, Dean Brody, Gord Bamford, Jess Moskaluke, Lady Antebellum, Lindsay Ell, Luke Combs, and The Washboard Union, were among those lending their talents to the broadcast. A collection of interviews and performances can be viewed on ET Canada’s Youtube, Facebook and at etcanada.com. Numeris says the Apr. 30 TV diary release will be delayed as it continues operating with a virtual workforce. While recruitment of the TV diary data is complete, diary processing can’t be done remotely and the agency says it will require four weeks to process the remaining diaries, following reopening of its offices. TV PPM data processing, meanwhile, is automated and panel management continues is continuing remotely with meter data flowing daily. Numeris says to date, the transition to virtual call centres and remote panel maintenance hasn’t negatively impacted panel performance, however some services like recruitment of new homes, can’t be done remotely. Numeris says it’s continuing to review options to address those logistical challenges. Media Technology Monitor (MTM) has released new report, Pass the Remote: Co-Viewing TV Content. It finds that while watching TV has increasingly become a more individualized experience, there is still a place for watching a show with someone else. Key findings from the Co-viewing Report include: Two-fifths of online Canadians report co-viewing TV content, younger Canadians (those under 50) and families with young children are the most likely to be co-viewers; Co-viewing is more common among those who subscribe to at least one Over-the-Top TV subscription. Canadians who exclusively watch TV via a traditional method such as a subscription or antenna are far less likely to say they have a show they co-view; Drama and comedy are the two most popular genres for Canadians to co-view.

Family Channel is introducing new series Heirs of the Night and The Bureau of Magical Things. Based on Ulrike Schweikert’s novels, vampire series Heirs of the Night makes its North American debut May 4. Set in 1889, it tells the story of the five remaining vampire clans in Europe, who are training their “Heirs” to survive. The Bureau of Magical Things also premieres May 4 with new episodes weekdays at 6:30pm ET/PT. It follows teenage girl Kyra who accidentally discovers a mystical world that gives her magical powers. Citytv is hosting an open casting call for its new contest Canadian Family’s Got Talent presented by Canadian Tire. Citytv is inviting Canadians to showcase their unique talents alongside their families, closest companions, or support networks from a distance for their chance to win thousands in cash and prizes from the comfort of their living rooms. Select entries will be featured on the expanded national hour of Breakfast Television and posted for online voting. The month-long contest culminates on Tuesday, May 26 when America’s Got Talent creator Simon Cowell will judge the three finalists live on Breakfast Television. Canadian Family’s Got Talent entries can be submitted online at breakfasttelevision.ca until May 13. Season 15 of America’s Got Talent is set to premiere this summer in Canada on Citytv and Citytv NOW.

TSN Hockey has launched the All-Time 7 Project, identifying the greatest players and forming all-time teams for each of the seven Canadian NHL clubs from the team’s inception to its current roster. Fans are invited to join in on the debate starting with the all-time roster for the Montreal Canadiens and Calgary Flames, live now on TSN.ca. Lists to be unveiled over the coming weeks include the Edmonton Oilers (May 1), Toronto Maple Leafs (May 4), Ottawa Senators (May 6), Winnipeg Jets (May 8), and Vancouver Canucks (May 11). The full roster breakdown will debut on TSN.ca, accompanied by video analysis and discussion during the same day’s evening edition of SPORTSCENTRE. Also, TSN Director of Scouting Craig Button will answer fan questions about each all-time team on Twitter and share his own stories about the players from each lineup. Distribution360 has acquired the rights to AnimalFanPedia, the new series from Mobius.LAB Kids. The international distribution rights cover North America, Europe, Australia and New Zealand. D360 has also signed a deal with Worldwide kids’ app Azoomee to acquire marblemedia’s craft show, Super Mighty Makers (13 x 30), as well as Super Simple Draw (26 x 7) from Skyship Entertainment, and science title, ScienceXplosion (45 x 3.5). It has also renewed MathXplosion (50 x 3). In Canada, Splatalot (52 x 30), the medieval-themed physical gameshow for tweens, produced by marblemedia, has been licensed to both CBC Gem and Game TV; while more than 150 hours of Heartland, the long-running family drama series, has been licensed to both Corus (Season 12, 11 x 60) and Radio-Canada (Seasons 1-8, 140 x 60) for French-speaking Canada. 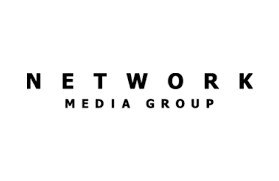 Network Media Group Inc. has released financial results for the quarter ended Feb. 29, including revenues of $4,221,988, net income of $298,307, and adjusted EBITDA of $884,318. Q1 operational highlights include strong backlog with contracted future revenues of $14.3M; delivery of The Age of A.I., the Robert Downey Jr.-hosted YouTube Originals series that’s received more than 41M views to date for the first episode alone; and an agreement with ExtendedSession LLC to produce podcast programming based on Network’s award-winning properties.

The Youth Media Alliance will award its Prix pour une carrière vouée à l’excellence (Outstanding Achievement Award) to Pierre Théorêt and the Prix de la relève (Emerging Talent Award) to Érika Mathieu. Théorêt has worked in television production since 1982. Among his recent youth production credits are Les Mutants (15 episodes), comedy Les Sapiens I and II (53 episodes) and Salmigondis. Mathieu began her writing career by contributing to the series Cochon dingue, which garnered 12 Gémeaux awards and is currently helping write Season 5. In 2019, she penned her first drama series, Nomades, a 10-episode webseries for teenagers broadcast on Tou.tv. They’ll receive their prizes at an online awards ceremony May 27. The Canada Media Fund (CMF) has added new assistance programs and funds to its COVID-19 Information Hub for Canada’s screen-based industries. Among the programs added to the online directory are the Nunavut Film Development Corporation’s Story Telling Fund and ‘Digital Originals’ micro innovation grants from the Canada Council for the Arts and CBC/Radio-Canada.