The Leo Awards nominees, celebrating excellence in British Columbia film and television, have been announced. Among those nominated for Best Dramatic Series are Family Law, Riverdale, Van Helsing, Midnight Mass, and Two Sentence Horror Stories. Van Helsing goes into the awards with a leading eight nominations. Leading the Feature Film category is Agam Darshi’s Donkeyhead with 11 nods. Night One and Night Two of the awards program will be live-streamed on YouTube on Tuesday, July 5 and Wednesday, July 6, beginning at 6:45pm PDT each evening. Night Three will be hosted live at the Hyatt Regency Hotel in Vancouver on Saturday, July 9 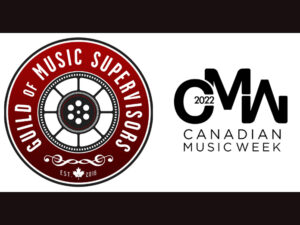 The Guild of Music Supervisors, Canada (GMSC) and Canadian Music Week (CMW) have revealed the nominees for the 2022 Canadian Sync Awards, celebrating the craft of music supervision in filmed media. Hosted by Tara Slone, the awards will take place Thursday, June 9 at the El Mocambo where 14 awards will be handed out, as voted on by the public and members of the Guild. Find the full list of nominees here. Voting is open until midnight on June 2. CTV has announced its slate of new and returning series this summer, headlined by the revival of iconic 1960s game show Password, airing Tuesdays at 10 p.m. ET/PT, beginning Aug. 9. Hosted by Keke Palmer (Scream Queens, Nope) and featuring Jimmy Fallon, contestants partner with Fallon and other celebrities to compete for cash prizes. Additionally, Generation Gap joins the schedule Thursdays, starting July 7. Kelly Ripa hosts the new quiz show from producers Jimmy Kimmel and Mark Burnett. The series pairs teams of seniors and juniors, challenging them to answer questions about pop culture from each other’s generations. Other competition series joining the lineup include Dancing With Myself (Tuesdays, beginning May 31), in which contestants take part in a series of high-energy dance challenges designed and demonstrated by celebrity creators Shakira, Nick Jonas, and Liza Koshy; and Claim To Fame (Mondays, beginning July 11), hosted by Kevin and Frankie Jonas, which challenges 12 celebrity relatives to live together under one roof in the quest to win a $100,000 prize. 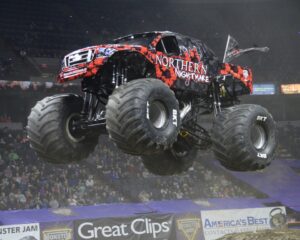 Nelvana has teamed up with Feld Entertainment to develop new animated action-adventure kids series, Monster Jam Gears & Galaxies (working title), based on the Monster Jam franchise (52x11mins). As part of the deal, Nelvana will not only distribute the new series but also represent global merchandise licensing of this series, and exclusively represent the existing Monster Jam brand in Canada and France. 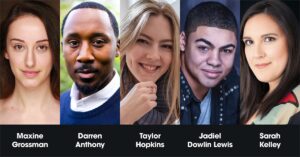 Corus and the Banff World Media Festival have announced the recipients of this year’s Corus Apprentice Program: Young Adult Scripted. The focus of this year’s program was to seek out aspiring writers from under-represented communities interested in young adult live-action television scripting. The cohort will receive a premium pass to BANFF 2022 with access to panels, keynotes, masterclasses and networking opportunities as well as complimentary registration and travel to the festival. Each recipient will also benefit from a two-week paid internship placement in the writer’s room of a Corus-supported live action television production.

Accessible Media Inc. (AMI) has announced that Season 2 of By Hook or By Cook, starring freestyle motocross rider Bruce Cook, returns June 16. Cook, a stunt motocross rider who is disabled, wants to help others with disabilities enjoy life’s possibilities with unique innovations he and friend, Christian Bagg, create. Season 2 finds Cook depressed since COVID-19 shut down most activities which, in turn, gives him a lot of time to think about the reality of the injuries he sustained eight years ago. He jumps at the chance to make a 100-year-old, remote lake lodge more accessible.

LISTEN: With all of the discussion about increasing representation of marginalized communities over the past few years, AMI (Accessible Media Inc.) wondered why the disability community wasn’t being included in that conversation. It recently announced the launch of the Disability Screen Office (DSO), in conjunction with the Canada Media Fund (CMF) and Telefilm. Broadcast Dialogue – The Podcast spoke to Andrew Morris, AMI-tv’s Manager of Independent Production, about both amplifying creative voices from within the disability community and eliminating accessibility barriers for those who want to work in Canada’s screen industries. Listen on your favourite podcast app or here: 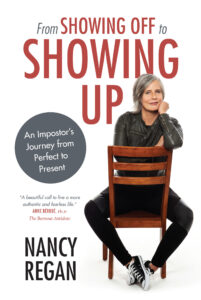 Nancy Regan, former co-host of CTV Atlantic’s Live at 5, has written new memoir, From Showing Off to Showing Up. In the book, Regan discusses how she overcame imposter syndrome, stage fright, perfectionism, and learned to embrace her authentic self. The daughter of former Nova Scotia Premier Gerald Regan, she also discusses growing up in a political family, highlights and lowlights of her TV career, and staying grounded. In addition to her 15 years with Live at 5, Regan also served as the national host of CTV’s Good Morning Canada and That News Show on TVTropolis. She’s also appeared on Nova Scotia-shot series like Haven and Trailer Park Boys.