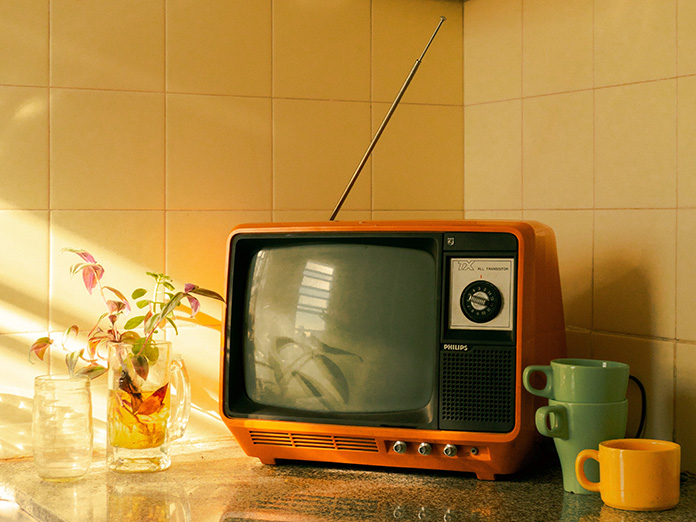 CBC says seven in 10 Canadians tuned in to the Beijing Olympic Winter Games, despite controversy around the event. On television, the games drew an audience of 26.5 million unique viewers or 70% of all Canadians, down from the 28 million viewers who tuned in for Tokyo 2020. Digital viewing increased to surpass PyeongChang 2018 with Canadians streaming 468 million minutes of video content (up 11%), ranking Beijing as the most-streamed games ever on CBC Gem. The most-watched event of the games was Team Canada vs. Team USA in the women’s hockey gold medal game, which was watched by 2.7 million on CBC, TSN and Sportsnet. 1.839 million watched the women’s freestyle skiing big air final on Feb. 7 (CBC and TSN2), while 1.81 million watched both the Canada vs. USA men’s curling match on Feb. 12 (CBC and TSN) and team figure skating pairs on Feb. 6 (CBC and Sportsnet). Women’s snowboarding also drew big audiences, including the Feb. 8 women’s snowboard halfpipe qualifying round, attracting 1.754 million viewers (CBC and TSN). Read more here.

Canada Media Fund (CMF) has released Where No Screen Has Gone Before – charting a course for the future of media, which presents a snapshot of media consumption in Canada and introduces scenarios of how the screen-based industry is likely to evolve over the next decade. Taking readers through 2032, among the report’s findings are that second-screening is the new mode of engagement for audiences; the future of entertainment is hybrid; gamers are the audience of the future; balancing big-studio service work and original intellectual property (IP) is a challenge; and economic success will come from supporting Indigenous, Black and other racialized creators.

Canada Media Fund (CMF) is rolling out PERSONA-ID, its new self-identification system to measure and monitor the demographic representation and participation of all individuals with ownership and control of projects seeking CMF funding, as well as key personnel working on those projects. Starting April 1, a PERSONA-ID number will be necessary for those seeking financing to benefit from a gender or diversity initiative. The new tool will allow CMF to have reliable data as it evolves programs and policies, while at the same time determine eligibility to targeted programs and detect inequities in access to funding.

MELS is unveiling new state-of-the-art facilities, including a 10,000 square-foot virtual production stage equipped with a motorized movable ceiling. Richard Cormier, Executive Producer, Virtual Production, says the programmable, robotic feature opens up possibilities for virtual production. MELS was recently awarded an Epic MegaGrant by EPIC Games to support ongoing development of its virtual initiatives. MELS embarked on its digital shift in 2020 with the launch of a virtual production stage equipped with an LED-screen backdrop, making it possible to replace green screens and create a virtual set in real time.

Cineflix Productions has optioned and begun development on a new crime series based on Vancouver crime writer Sam Wiebe’s Wakeland novels – Invisible Dead, Cut You Down, and Hell and Gone. The novels are focused around a 29-year-old ex-cop turned P.I. Cineflix continues to expand its scripted crime slate with the movies Stolen By Their Father with Sarah Drew, Left for Dead: The Ashley Reeves Story starring Jennie Garth and Anwen O’Driscoll, and Believe Me: The Abduction of Lisa McVey. 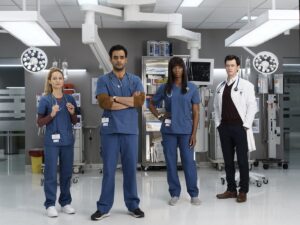 CTV has renewed Transplant for a third season. Produced by Sphere Media in association with CTV and Universal International Studios, a division of Universal Studio Group, Season 3 of the CTV Original drama will consist of 13 one-hour episodes. Filming will take place in Montréal, with Hamza Haq reprising his role as Dr. Bashir Hamed. New episodes of Transplant’s second season continue Mondays at 10 p.m. ET/PT on CTV, CTV.ca, and the CTV app, before moving to its new timeslot Tuesdays at 10 p.m. ET/PT beginning March 1. The series continues to resonate with audiences as the most-watched Canadian drama with a current season average of 1.1 million viewers. It has also had success on NBC, with Season 2 set to premiere March 6. The drama has also launched across the UK, Australia, Spain, Germany, and the Netherlands. TVO Original Lady Sapiens debuts on TVO on International Women’s Day on March 8. It delves into recent research that shows Paleolithic women were far more sophisticated than previously thought and how that finding impacts our perspectives on society. Featuring interviews with 30 scientists, alongside dramatic reenactments, the portrait of prehistoric women offers a nuanced understanding of the strong, multi-faceted mothers and craftswomen who also contributed to their world as hunters and artists. TVO’s International Women’s Day lineup also includes Australian politics documentary, Ms Represented. 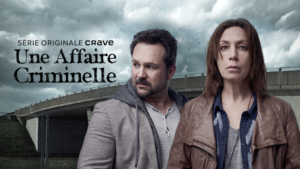 Crave Original drama series Une Affaire Criminelle (A Criminal Affair) premieres March 23 in French with English subtitles. Written by Joanne Arseneau and directed by Stéphane Lapointe, the eight-episode series stars Céline Bonnier as Catherine Godin, a mother who has been trying to clear her son of a murder charge for 15 years, and major crime investigator, Benoît “Bing” Inglis (Louis-Philipe Dandeneault). 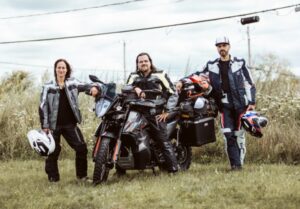 Historia will broadcast Nomades à moto: Transtaïga, starting March 17, a five-episode French-language docuseries in which three motorcyclists challenge themselves to cross Quebec to the Caniapiscau reservoir, the point accessible by road furthest from any city in North America. The series is produced by Émilie Gaudet and signed by Picbois Productions, Charles-Édouard Carrier, Pascal Bélisle and Marie-Claude Boudreau, who embark on an unusual 3,000 km journey, while facing psychological and technical challenges. Women In Film and Television Vancouver (WIFTV) has announced the date and lineup of the 17th annual Vancouver International Women in Film Festival (VIWFF). The festival, which will take place virtually from March 8-13, includes 33 films from 12 countries, made up of 17 Canadian films — with nine from local B.C. filmmakers. The festival will open with a one-night only presentation of Donkeyhead, followed by a live Q&A with director Agam Darshi. Throughout the week there will be a special presentation of Querencia, with web-series creator, director and lead actor Mary Galloway, and a special presentation of Elle-Máijá Tailfeathers’ Kímmapiiyipitssini: The Meaning of Empathy. This year’s festival will be accessible Canada-wide. 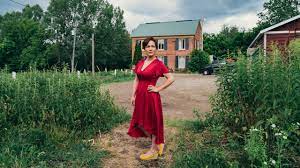 Trio Orange and Quebecor Content have announced that Last Summers of the Raspberries will officially be in competition at the Series Mania international film festival, in the International Panorama section. The new French-language series, directed by Philippe Falardeau, written by Florence Longpré (Can You Hear Me?) and Suzie Bouchard (L’œil du cyclone, Pillow Talk), and produced by Julia Langlois, Annie Sirois and Carlos Soldevila, in collaboration with Quebecor Content, was just presented as part of the Berlinale Series program at the 72nd Berlin International Film Festival. The series, which will be available on Club illico starting April 14, is up for Best Series, Jury Prize and the Student Jury Best Series. The 10-episode series, shot in Summer 2021, stars Sandrine Bisson, Edison Ruiz, Micheline Lanctôt, Elijah Patrice and Paul Doucet. 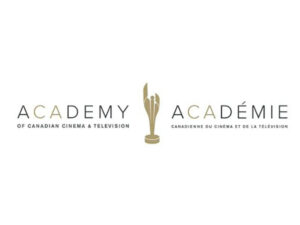 The Academy of Canadian Cinema & Television has unveiled the Executive Residency Program, a new initiative dedicated to providing executive-level access for industry professionals who are Black, Indigenous, or a person of colour to break down barriers for the next generation of creative executives and business leaders. Applications for the inaugural cohort will be accepted from March 2 to April 1 and can be submitted here. Beginning in the spring, the eight-month national program will match English-speaking and bilingual professionals working in the industry with high-level production, creative, and business executives, including Vice-Presidents, Executive Producers, and Development and Production executives from Bell Media, CBC, and Boat Rocker. 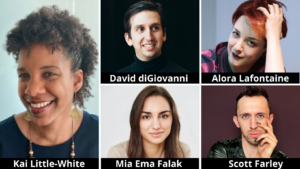 Youth Media Alliance (YMA) and TAAFI (Toronto Animation Arts Festival International)  have announced the first recipients of the John Rooney Creator Fund, established to honour his ardent support of LGBTQ2S+ talent in children’s, youth, and family animation. Awarded to an outstanding candidate to expedite their journey to becoming an established content creator, the winner of the Content Development Stream is Kai Little-White, a writer and creator who has worked on over 100 hours of television, features, shorts, and music videos, including associate-producing preschool series Gary’s Magic Fort. The winners of the Scriptwriting Stream are Toronto-based author and artist Alora Lafontaine, director and writer David diGiovanni, writer/actress/producer Mia Ema Falak, and writer/actor/producer and voice artist Scott Farley. The laureates will be placed in a writing room for a show currently in production to gain an understanding of the script writing process, how stories are developed for series, and if possible, contribute to the room creatively.

Alliance Atlantis Communications alumni will be holding a 15th Anniversary Reunion in Toronto on April 28. The gathering marks 15 years since the sale of the company in 2007. Over 300 former employees attended the 10-year anniversary. Proceeds of the event, which is open invitation, will go to charity.