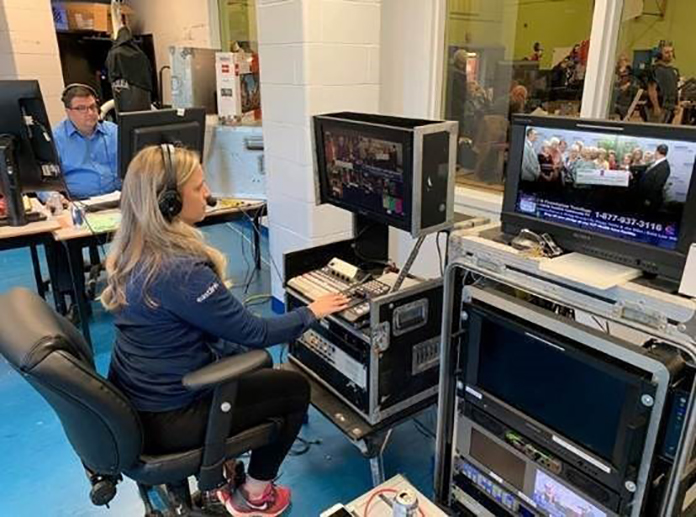 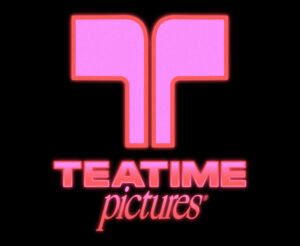 Boat Rocker has finalized a deal to buy a minority equity stake in TeaTime Pictures, founded by actor/producer Dakota Johnson and former Netflix executive, Ro Donnelly. Under the agreement, Boat Rocker will extend its current first-look deal with TeaTime to develop and produce scripted & unscripted television and digital content. In addition, Katie O’Connell Marsh joins TeaTime as a partner. Under the new equity investment, TeaTime will continue operating as an independent business, with Boat Rocker providing capital, as well as business and strategic support. Boat Rocker-optioned Cult Following from writer Bexy Cameron (with Dakota Johnson attached to star and TeaTime set to executive produce) is among several projects currently in development under the first-look. O’Connell Marsh will continue to be an executive producer on the current slate of scripted projects at Boat Rocker, while adding to the studio’s slate under a new overall deal. She’ll leave her role as Vice-Chair of Boat Rocker Studios to focus on these priority areas, as well as her new role at TeaTime.

Alliance of Canadian Cinema, Television and Radio Artists (ACTRA) members have ratified the 2022-24 Independent Production Agreement (IPA) with the Canadian Media Producers Association (CMPA) and the Association québécoise de la production médiatique (AQPM). The new agreement, which took effect Jan. 1, provides performers with an annual general fee increase of three per cent in each of the three years of the agreement (total 9.27% compounded general fee increase). Other negotiated improvements include strengthened protection of human rights and diversity, equity, inclusion and belonging language; stronger protections governing child performers; better measures for scenes involving nudity; new language to address specific concerns related to auditions as well as virtual and self-taped auditions; and additional temporary COVID-19 provisions with respect to costs and compensation for time spent undergoing testing. The IPA covers the engagement of performers in all film, television and digital media production in Canada (except in B.C., which operates under a separate collective agreement).

Art Hindle will be presented with ACTRA Toronto’s 2022 Award of Excellence at the 20th anniversary of the ACTRA Awards in Toronto in an online ceremony to be streamed at 8 p.m. ET on March 6. A Canadian actor who has also worked and lived in L.A., Hindle has 200 IMDb credits to his name. He started out in the film and TV business in 1968 after a successful, but brief career as a stockbroker, shooting to stardom in the role of hockey player Billy Duke in Face-Off. In L.A., he appeared in Invasion of the Body Snatchers, Starsky and Hutch, and Law and Order, among many other film and TV titles. Hindle was also a regular on Kingston Confidential and Dallas. Back in Canada, he appeared in comedy classic Porky’s and won a Gemini for his portrayal of Mike Fennell on the award-winning series ENG. He has volunteered his time and celebrity to ACTRA for 16 years, serving on ACTRA Toronto Council, ACTRA National Council and was a VP on the ACTRA Toronto Executive for a decade. 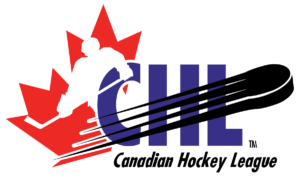 The Canadian Hockey League (CHL) has announced that 10 games from the 2021-22 regular season schedule will be televised by TSN as part of the CHL’s new multi-platform, multi-year broadcast rights partnership. The broadcast schedule begins with a double-header set for Friday, Jan. 14 at 7:30 p.m. ET featuring the Sudbury Wolves vs. Kingston Frontenacs (OHL), followed at 10 p.m. ET by the Prince George Cougars vs. Vancouver Giants (WHL).

Sportsnet and APTN have announced the return of Cree-language NHL broadcasts with the debut of Hockey Night in Canada in Cree, starting Jan. 15. Building on the historic debut of Rogers Hometown Hockey in Cree in 2019 and a subsequent three-year deal to produce and air NHL on Sportsnet games in Plains Cree, coverage will return on Saturday nights. Featuring all seven Canadian NHL teams in action from Jan. 15 to April 23, the six-game national broadcast series will see APTN leverage Sportsnet’s NHL production to deliver exclusive Cree-language commentary and analysis to hockey fans and communities across the country. Play-by-play broadcaster Clarence Iron returns with the call alongside host Earl Wood and analysts John Chabot and Jason Chamakese. 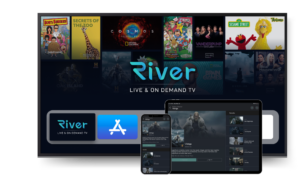 RiverTV has added HGTV Canada and Food Network Canada to its live streaming options. Both channels are now included in the live and on-demand TV streaming platform’s core package of over 40 channels. RiverTV is now available on all major streaming video devices including Roku, Apple TV and iOS, Amazon FireTV, certified Android TV devices (including SONY TVs) and Android mobile. The monthly subscription remains unchanged at $16.99. 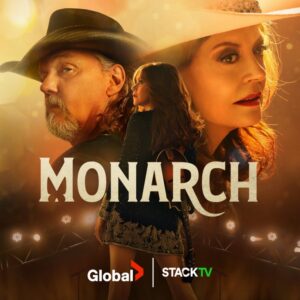 Global has added new country music drama Monarch to its winter lineup, debuting in a special two-night premiere event Monday, Jan. 31 at 8 p.m. ET/PT and then making its time period premiere Wednesday, Feb. 2 at 9 p.m. ET/PT. Starring Susan Sarandon, Trace Adkins and Anna Friel, Monarch is a multi-generational musical drama about America’s first family of country music whose name is synonymous with honesty, but the foundation of their success built on a lie.

CBC has announced AccessCBC: A CBC Initiative for Creators with a Disability, a new national pilot program for deaf and disabled creators that will provide training, mentorship and, on selected projects, financing support, to create scripted and documentary content. As part of the pilot program, CBC is partnering with the ReelAbilities Film Festival Toronto presented by the Miles Nadal JCC (RAFFTO), which provides creative opportunities and training for persons with a disability working in film, television and/or video content production. AccessCBC is designed for creators in two streams: scripted comedy/drama and short documentaries. Ten creators will be invited to join the scripted pitch development stream where they’ll participate in multiple development workshops. In the short documentary stream, filmmakers will take part in a two-month development mentorship that will see 10 participants shortlisted and awarded development funding. At the end of the development period, one of the 10 shortlisted projects will be greenlit for production. Submissions are open to creators with a demonstrated interest in the media industry who self-identify as having a disability and are not employed by CBC. Learn more here.

CBC and Hot Docs are partnering once again to bring top festival selections to home screens across Canada. Hot Docs On CBC is featuring first-run original Canadian feature documentaries every Sunday in January at 8 p.m. (8:30 NT) on CBC TV and CBC Gem. This month’s selections include Portrayal, investigating financial art fraud; Hell or Clean Water, the story of Newfoundlander diver Shawn Bath’s obsessive quest to clean up the coastal ocean floor one rotting tire at a time; and The Gig Is Up: A Very Human Tech Story, uncovering the real costs of the platform economy. TVO Original Come Clean is a close look at what fuels addiction, as well as the herculean effort and hope recovery demands. Premiering Tuesday, Jan. 25 on TVO, TVO.org, YouTube and TVO streaming channels, Come Clean is written and directed by Derreck Roemer and Neil Graham of Insurgent Projects (Last Call at the Gladstone Hotel, The Lost Highway). The doc begins on New Year’s Eve in the southwestern Ontario farming community of Thamesville, home to Westover Treatment Centre. Cameras roll as a group of addicts embark on 19 days of in-treatment counselling. With intimate and unfettered access, the filmmakers embedded round-the-clock at Westover, living alongside the program participants. Post-treatment, filming followed select subjects for 18 months to experience their realities and see who among them could break the habits that landed them in rehab.

Ieden Wall hosts broadcaster and mental health advocate Valerie Pringle on Canadian Jewish TV on OMNI Saturday, Jan. 8 at 10 p.m. ET. The former host of Canada AM shares with Wall her own personal struggles as a mother of two children with mental health issues. Opening up to Wall in her first TV appearance in years, the conversation also addresses the role social media and technology is playing in creating a “narcissistic generation of smart-phone addicts” and Pringle’s own formula to overcome depression and anxiety.

Unspoken, starring Chinese superstar Zhang Hanyu, has started principal photography in Winnipeg. Written and directed by Daming Chen, the film also stars Michael Cudlitz (The Walking Dead), Jake Abel (Malignant, Supernatural) and Vivienne Tien. Set for release in 2022, Unspoken is being produced by Huanxi Media and CMC Pictures with an international production team led by Court Five’s Mark Ordesky and Jane Fleming, Chinese producer Han Sanping, and CMC’s Ming Beaver Kwei. Former Columbia/TriStar President of Production Chris Lee is also an executive producer. Unspoken tells the story of Xu (Zhang Hanyu), an estranged father separated from his deaf daughter and her new life at an American university. In the wake of her sudden death, ex-cop Xu becomes convinced local authorities are pursuing the wrong suspect and that racism is compromising the investigation.

Chase Lawless, a Toronto-based actor who happens to be the son of broadcasters Shelley Swirski and Vince Cownden, will appear on the season finale of The Mayor of Kingstown on Paramount Plus on Sunday, Jan. 9. Swirski, a television news veteran familiar to viewers in both Calgary and Winnipeg and the former co-host of the syndicated The Movie Show, reflects on the family’s broadcasting and entertainment legacy. Read more here.