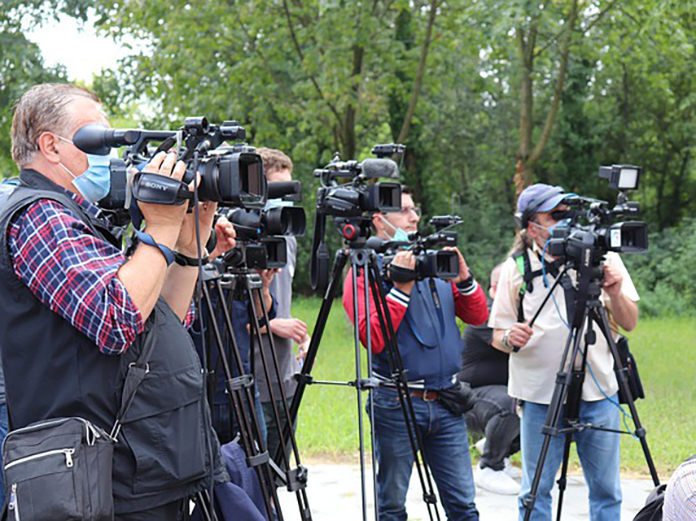 Genius Brands has entered into an agreement to acquire WOW! Unlimited Media for approximately USD $53 million in cash and stock. Based in Toronto, Vancouver, New York and Los Angeles, WOW!’s animation production clients include Netflix, Amazon Prime, Sony, Hulu, Dreamworks, Moonbug, Peacock and Mattel. Genius Brands says WOW!’s Canadian production facilities enable a number of profitable synergies for the company, including access to various federal and provincial tax credits which will allow Genius Brands to transfer its current animation production at great savings from China. Michael Hirsh, CEO of WOW! will join the Board of Directors of Genius Brands and continue his responsibilities for Mainframe, Frederator Studios, Networks and Platforms. The Women in Film and Television Canada Coalition (WIFT-CC) has released its latest research study: Deciding on Diversity: COVID-19, Risk and Intersectional Inequality in the Canadian Film and Television Industry, authored by Dr. Amanda Coles of Australia’s Deakin University, and Professor Deb Verhoeven, Canada 150 Research Chair in Gender and Cultural Informatics at the University of Alberta. The report found that despite opportunities the pandemic has presented to do things differently, the Canadian film and television industry remains characterized by uneven, closed and defensive networks to the disadvantage of equity-seeking groups. It also noted that current approaches to “diversity” remain widely tokenistic and focused on adding a minimal number of “diverse” people to meet equity, diversity and inclusion (EDI) agendas set by policymakers. The report calls for a national screen industry data taskforce to inform organizational and policy decision-making. It also calls for a zero-tolerance approach to EDI failures, with clear consequences as a prerequisite for government funding.

100 Dragons has begun principal photography on Hello (Again) in Toronto. The new CBC Gem original series created by Simu Liu (Shang-Chi and the Legend of the Ten Rings, Kim’s Convenience) and Nathalie Younglai (Coroner) will stream in 2022. The rom-com follows an overworked line cook who rescues a supernatural little girl and is hurled back in time where he tries to find a way to break the time loop so he can win back his ex-girlfriend. Directed by Melanie Chung, the series stars Alex Mallari Jr. (Workin’ Moms, Ginny & Georgia) and Rong Fu (Workin’ Moms, Hudson & Rex). The series is produced by 100 Dragons founder Teresa M. Ho (Frankie Drake Mysteries, Departure, Anne with an E) and executive producers Liu, Younglai, and Mallari Jr. 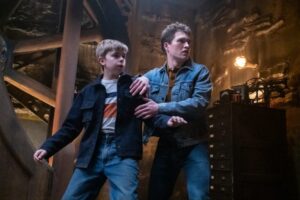 Corus Entertainment’s Nelvana has secured international distribution for The Hardy Boys on Disney+ outside the U.S. and Canada. Season 1 (13x60min) and Season 2 (10x60min) of the live-action mystery series will launch in select international markets in 2022. The inaugural season of The Hardy Boys debuted in North America locking in the #1 program spot last spring on YTV in Canada, garnering a Daytime Emmy nomination for Outstanding Young Adult Series, two DGC Award nominations for Outstanding Directorial Achievement and Best Picture Editing, and a CSC Award nomination for Best Cinematography in TV Drama. Nelvana and Lambur Productions recently wrapped production of Season 2 in Toronto and Southern Ontario, which is set to premiere on Hulu in the U.S., YTV and STACKTV in Canada, and Disney+ internationally in 2022. 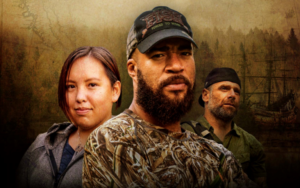 Corus Studios has expanded its partnership with Hulu in the U.S., adding more titles to Hulu’s lineup, including pre-sale of gold-hunting series Deadman’s Curse (8×60), currently slated to make its worldwide premiere on HISTORY in Canada in 2022. In addition to over 200 episodes sold earlier this year, Hulu has also acquired Project Bakeover (10×60), unscripted demolition and restoration series Salvage Kings (Season 1 – 10×60 and 2 – 10×60), and home renovation series Worst to First (Season 1 – 10×60 and 2 – 10×60). 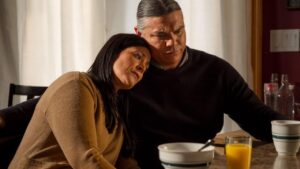 TVO Original series Unsettled premieres Nov. 7 and will air its full 10-episode season on Sundays, with additional broadcasts Thursdays and Fridays. The series will also stream following the premiere on TVO.org, YouTube and Roku. Produced in association with TVO and APTN, Unsettled tells the story of an Indigenous adoptee who grew up with little connection to her roots and her return to her First Nation. Written, directed and produced by Jennifer Podemski and Derek Diorio, Unsettled was filmed almost entirely in Nipissing First Nation. Out of 55 roles, the cast includes 50 feature Indigenous actors. The production also served as a fertile ground for emerging filmmakers from the cinematography program at Canadore College. 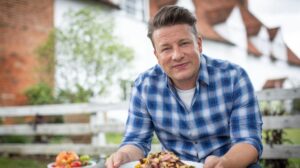 Jamie Oliver returns to CTV Life Channel to celebrate social occasions in his all-new series, Jamie Oliver: Together, premiering Thursday, Nov. 4. In each hour-long episode, Oliver invites audiences into his kitchen as he prepares for everything from the ultimate barbecue to a laid-back brunch. The season wraps up for Canadian audiences with hour-long special, Jamie Oliver: Together With Canada on Dec. 9 that put his own twist on steak frites while incorporating nods to Canadian dishes and ingredients like poutine and Niagara garlic. 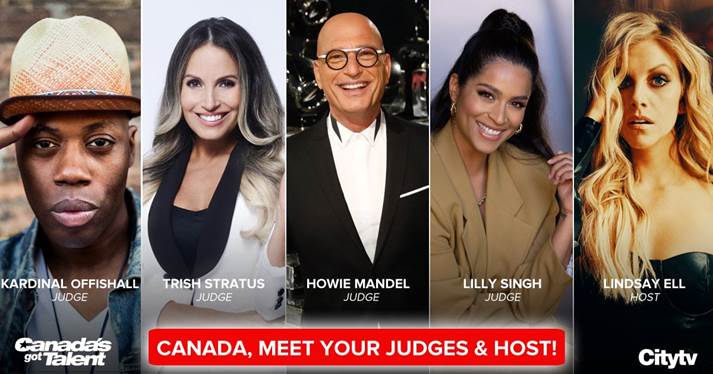 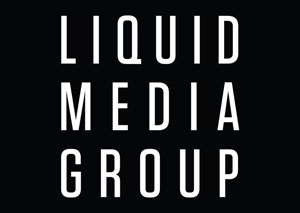 Liquid Media Group has announced a strategic partnership with film packaging, distribution and financing marketplace, Slated. Vancouver-based Liquid is partnering with Slated to bring objective analysis to producers using data analytics to measure the strength of a production’s talent and producing team, the quality of the script or screener, and to optimize the potential for financial returns. Slated is also offering a newly-launched Screening Analysis virtual test screening service, which helps filmmakers optimize their films in post production and match completed films to the right distributors. Liquid and Slated will also work together to provide packaging, financing, sales and distribution services to film and TV projects. 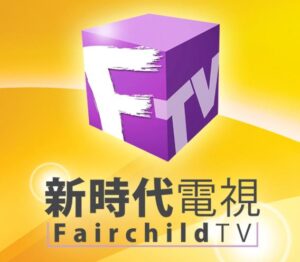 Fairchild Media Group, including Fairchild Television, Talentvision and Fairchild Radio, says its 11-hour fundraising event for the Toronto SickKids Hospital in September raised $405,552. This year’s event highlight was the “500,000 Steps For the Kids Challenge“ which featured 10 radio DJs and TV presenters. Fundraising for SickKids has been an annual Fairchild charity event since 2003, and with the support of the Chinese community has raised over $5 million. Fairchild’s next fundraising event is Dec. 2, benefitting the Princess Margaret Cancer Centre.

Vancouver Film School (VFS) is offering a new program in its School of Animation, Creature Animation, beginning in May 2022. A fundamental pillar of modern live action and full CG animation, Creature Animation focuses on photo realistic movement and performance. Unlike VFS’s other programs, the accelerated six-month program is aimed at industry professionals with successful enrollment requiring significant educational and/or professional experience in animation or VFX as the program is a specialization in itself. VFS says the Creature Animation program was developed in response to the industry’s growing demand for creature animators and reaffirms the institution’s commitment to staying on the cutting edge of the creative media arts industry. 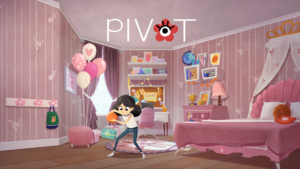 Women in Animation Vancouver’s Animation Career EXCELerator Program (ACE) will premiere its film, Pivot, at Spark Animation Festival, starting Oct. 28 and streaming throughout the festival. The team will also present a panel as part of the D&I Summit, a series of presentations focused on diversity and inclusion. Widening our Lens: Advancing Women in Key Creative Roles, A Focused Discussion will see ACE 2 participants discuss the program. ACE Executive Producers Rose-Ann Tisserand and Tracey Mack will also outline plans for ACE 3, which is expanding nationally across Canada with the support of Netflix and opens for applications Oct. 29. 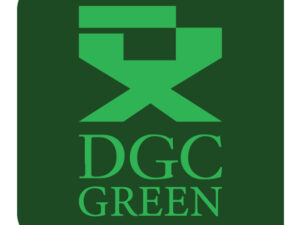 The Directors Guild of Canada (DGC) has announced the first phase of its new campaign “DGC Green: Here’s How.” The campaign starts with the launch of a new microsite at dgcgreen.ca and #HeresHow, providing tips that each of the eight caucuses within the DGC can use to help reduce the climate impact of screen production as well as highlight industry resources available. Tips range from ways to reduce printing to steps that can be taken on a production level to cut the industry’s reliance on diesel generators by using grid power.