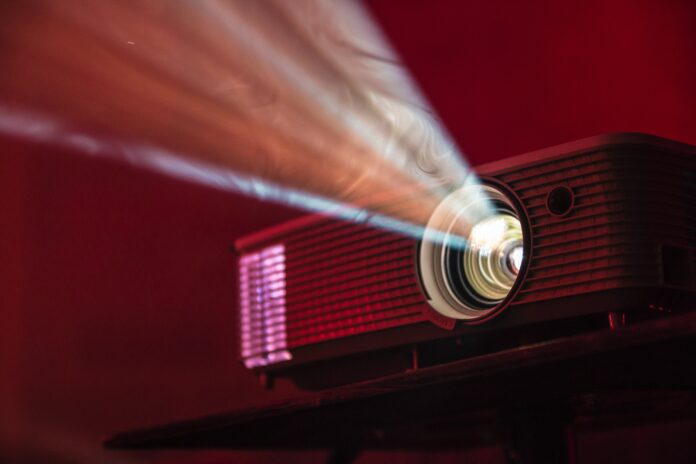 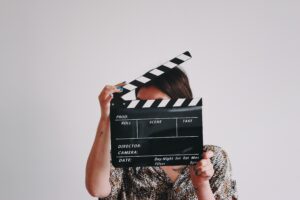 Alberta says its Film and Television Tax Credit has attracted nearly $1B in production since the program’s launch in Jan. 2020 with 50 productions with total production costs of $955 million, creating 9,000 new direct and indirect jobs in the province. In March of this year, the Alberta government removed the $10-million per-project cap to make the province an even more desirable location for larger productions. HBO is currently filming its new television series The Last of Us – an adaptation of the post-apocalyptic video game –  in Calgary and Fort McLeod, the single largest television series production in Canadian history with an estimated budget of $100 million. 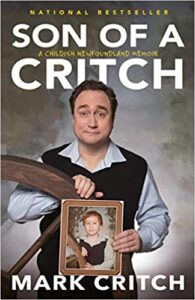 CBC and Lionsgate are partnering with Schitt’s Creek producer Andrew Barnsley and comedic actor Mark Critch to bring Son Of A Critch (13×30) to TV, based on Critch’s 2020 book, Son of a Critch: A Childish Newfoundland Memoir. Created by Critch and Tim McAuliffe (The Office, Last Man on Earth, MacGruber), the CBC original series will premiere on CBC TV and CBC Gem in Jan. 2022, with Lionsgate handling U.S. and international distribution. Son of a Critch will focus on 11-year-old Mark’s coming of age in St. John’s in the ‘80s. Production is underway on the comedy, which stars Critch as his father and Benjamin Evan Ainsworth (Pinocchio, The Haunting of Bly Manor) as young Mark. Additionally, Claire Rankin (Molly’s Game) has been cast as Mark’s mother, Mary, alongside newcomers Sophia Powers and Mark Rivera as classmates of young Mark. Malcolm McDowell (A Clockwork Orange) will also star as Pop. 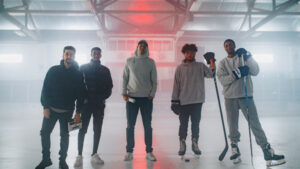 Uninterrupted Canada, in partnership with DreamCrew Entertainment, The SpringHill Company and Bell Media, have announced production on original documentary feature Black Ice. The film will explore the journey of Black hockey players from the creation of the Colored Hockey League of the Maritimes to the modern-day NHL, highlighting their often overlooked and marginalized contributions to the game. Production and principal photography are currently underway. The film will be led by director Hubert Davis, best known for 2005 Oscar and Emmy-nominated documentary Hardwood, in addition to projects like Giants of Africa, which featured the story of Toronto Raptors president Masai Ujiri’s Basketball Without Borders program. 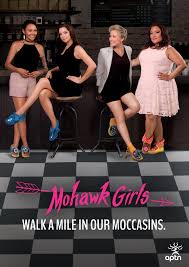 Rezolution Pictures has announced that NBC’s Peacock streaming service has picked up all five seasons of Mohawk Girls, a comedic look at the lives of four modern-day women trying to stay true to their roots while navigating work, love and what it means to be Mohawk in the 21st century. Starring Jenny Pudavick (Bailey), Brittany LeBorgne (Zoe), Heather White (Caitlin), Maika Harper (Anna), Tantoo Cardinal, and Glen Gould, Mohawk Girls was created and executive produced by Tracey Deer and Cynthia Knight, with Deer also directing and Knight acting as head writer.

WildBrain Television has commissioned The Fabulous Show with Fay and Fluffy, a new 26-episode series aimed at kids aged 3-6. Produced by Lopii Productions, the cabaret-style show is hosted by drag duo Fay Slift (JP Kane) and Fluffy Soufflé (Kaleb Robertson) who – together with puppet friends and special guests – share a message of inclusivity and being kind to one another. Filmed before a live studio audience of preschoolers, parents and caregivers, production commenced July 13 in Toronto, with the series set to premiere on Family Jr in early 2022. The series is being distributed by Sinking Ship Entertainment and is being produced with the financial participation of the Shaw Rocket Fund.

Annie Murphy is set to be reunited with Schitt’s Creek writers Rupinder Gill and David West Read on Witness Protection for MRC Film. Murphy will star and co-executive produce the romantic comedy feature about a woman defined by her relationships and struggling to figure out who she is, while forced into witness protection. The project was initially developed in-house at Warner Bros.’ Alloy Entertainment with Elysa Dutton and Leslie Morgenstein producing for Alloy and Becky Sloviter for MRC. 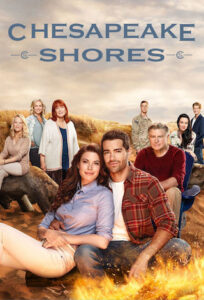