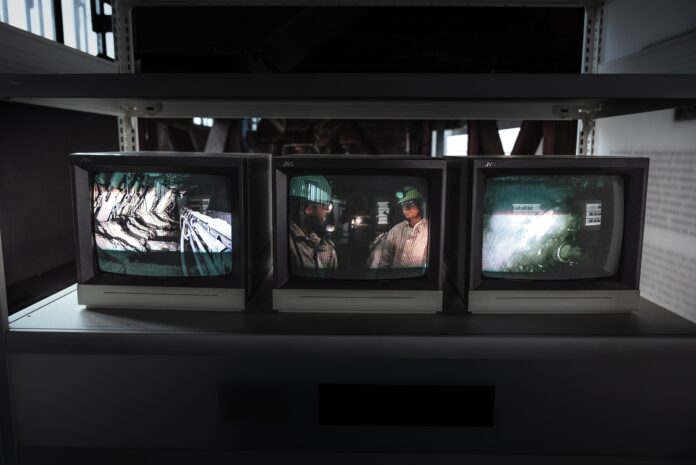 Telefilm Canada says it will continue to suspend its physical presence at international festivals and markets until Aug. 31. Its physical offices across the country will also continue to remain closed until at least Fall 2021. In the meantime, Telefilm says it will continue to ensure a robust presence for Canadian productions and talent at virtual events and will coordinate a digital promotion campaign aimed at amplifying Canadian film, television and digital media production in the international marketplace.

Canada Media Fund (CMF) has launched virtual cross-country consultations and a series of invitation-only roundtables, running from March 16 to April 9. Those interested, can sign up here to attend a virtual town hall meeting or share their thoughts with CMF by filling out an online questionnaire before April 16.

TSN delivers multi-platform coverage of NCAA® MARCH MADNESS® with TSN and TSN Direct subscribers gaining access to every game. TSN’s coverage of the men’s tournament begins with the play-in games March 18 at 4 p.m. ET, featuring teams vying to qualify for the remaining four spots in the tournament, continuing all the way to the championship game on Monday, April 5. TSN’s coverage of the women’s tournament begins with the First Round on Sunday, March 21 and continues through to the championship game on Sunday, April 4 at 6 p.m. ET, live from Alamodome in San Antonio. Kate Beirness and Kayla Grey will host the network’s coverage from the TSN studio, alongside analyst Jack Armstrong and two-time NCAA® women’s basketball champion and point guard for the WNBA’s Phoenix Mercury, Kia Nurse. Matthew Scianitti will also provide updates for SPORTSCENTRE, including recurring segments with Nurse, “3 Point Play” and “AND 1.”

CTV Life Channel, in association with Boat Rocker Studios, Unscripted through Proper Television, has announced that production has begun on new culinary series Mary Makes It Easy. Hosted by Mary Berg, the new series consists of 25 half-hour episodes, including a holiday special. Filming in Toronto at Berg’s home kitchen, Mary Makes It Easy follows Berg as she offers tips and recipes to solve everyday cooking woes. 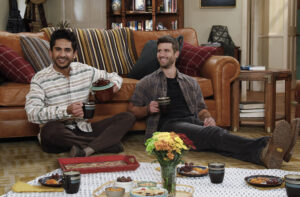 Global is adding new comedy United States Of Al, from executive producer Chuck Lorre and creators/writers David Goetsch and Maria Ferrari, to its TV roster. Premiering Thursday, April 1 at 8:30 p.m. ET/PT, the series stars Adhir Kalyan and Parker Young in a comedy about the friendship between Riley (Young), a Marine combat veteran struggling to readjust to civilian life in Ohio, and Awalmir (Kalyan), the interpreter who served with his unit in Afghanistan and has arrived to start a new life in America.

marblemedia, in association with Cloudco Entertainment, has received a series order for Overlord and the Underwoods (20×30) from CBC, Nickelodeon International, and ITV, in association with BYUtv. The original half-hour, live-action, single camera family comedy follows the Underwoods, a North American family whose life is turned upside down when their distant cousin, Overlord, the second most-wanted villain in the universe, seeks refuge in their home after being forced into intergalactic witness protection. Created by BAFTA-winning showrunner, Anthony Q. Farrell (The Office, Little Mosque on the Prairie) and Ryan Wiesbrock, creator of Netflix Original series Buddy Thunderstruck and the live-action adaptation of Holly Hobbie for Hulu and Family Channel, pre-production on the series has begun in Toronto. 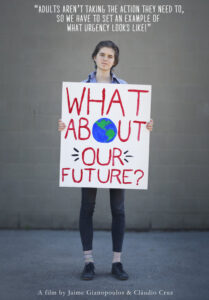 Hollywood Suite has announced the Canadian broadcast premiere of documentary short What About Our Future? on March 21. Directed by Jaime Leigh Gianopoulos and Cláudio Cruz, the film follows the group of teens who organized the largest climate strike in Vancouver’s history, which included appearances by environmental activists Greta Thunberg and David Suzuki. Hollywood Suite and the David Suzuki Foundation will present a screening of the film, followed by a conversation with the filmmakers and Canadian climate activists on April 29. Register here. 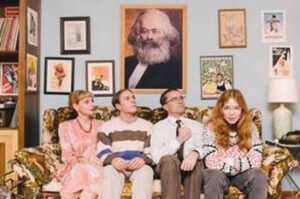 The Communist’s Daughter (8×10 mins), a web series about the daughter of two happily married Communists who struggles between fitting in at high school and upholding her family’s idealistic beliefs, will premiere on CBC Gem on March 19. Set in 1989, the series is created and directed by Leah Cameron (Coroner) and executive produced by Lauren Corber of LoCo Motion Pictures (How to Buy a Baby), Josh Gal, Emer Connon and Cameron, with Natalie Novak of Natalie Novak Films (Falling) serving as producer. Big Cedar Films has announced the return of popular series Farm Crime, premiering April 1 on CBC Gem. Returning for a second season, the true-crime docuseries takes a deep dive into the world of farming and agriculture. Comprised of six episodes, Farm Crime Season 2 explores the dark side of Canada’s agriculture industry from an invasion of Asian murder hornets in British Columbia to a million-dollar sting operation on Nova Scotia’s baby eel fishery. Farm Crime Season 1 launched in August 2018 and set the record as the most-streamed CBC Gem original unscripted series over its first seven days. Warner Bros. Unscripted Television has optioned the format to develop a U.S. version of the show. Wattpad and CBC are developing two original series, Near or Far and The Last Place to Hide, for CBC Gem as part of a content partnership to identify emerging Canadian Wattpad writers and stories. First announced in 2018, the partnership has been extended through 2022. A CBC Gem original series, The Last Place to Hide – co-created by Taylor Hale and Lisa Baylin in association with Wattpad Studios and iThentic – is a young adult (YA) thriller. YA drama Near or Far, from Wattpad author Emma Szalai, is focused around the story of 18-year-old twins Sadie & Lauren, and is co-created by Szalai and Duana Taha in association with Wattpad Studios and Harlow Creative. 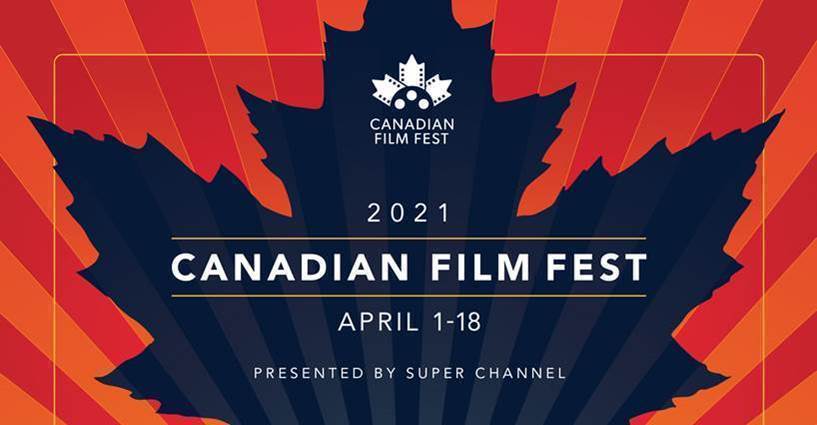 Super Channel and the Canadian Film Fest (CFF), an indie-spirited festival dedicated to celebrating Canadian filmmakers, have teamed up to present a virtual edition of the second annual Canadian Film Fest presented by Super Channel. Starting April 1 and running for three consecutive weekends, nine feature films will premiere on Super Channel Fuse on Thursdays, Fridays, and Saturdays at 9 p.m. ET/PT. All festival feature films will have a linear-only limited run, in addition to 30 short films interspersed into the schedule around the feature film presentations. CFF will also feature pre-recorded and live Q&As with filmmakers, panel discussions and a virtual awards presentation. The festival will open with the Toronto premiere of Sugar Daddy (dir. Wendy Morgan), starring Kelly McCormack (Letterkenny, A Simple Favour) and Colm Feore (The Umbrella Academy, The Borgias). Closing out the festival on April 17 is Range Roads (dir. Kyle Thomas), making its Canadian premiere, starring Alana Hawley-Purvis (The Great Fear) and Joe Perry (Everfall, Blood Mountain). 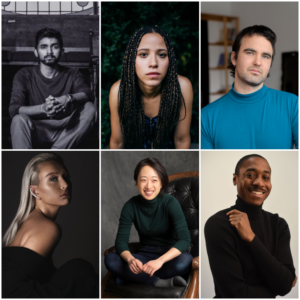 Canadian Film Centre (CFC) has selected six new music creators to participate in the 2021 Slaight Music Residency: Kalaisan Kalaichelvan, Kaïa Kater, Scott Harwood, Alexandra Petkovski, Deanna Choi, and Aubrey McGhee. The musicians come to the program to deepen their knowledge and experience working in film and TV through a creative and business experience that will fully integrate them into the on-screen narrative storytelling process. Chaired by Juno Award-winning singer-songwriter Marc Jordan and composer and musician Lesley Barber, music residents will jump into sessions exploring the connection between music and cinematic storytelling.

Fabienne Colas has announced the creation of new organization, Women of Colour Thrive (WOCThrive), a community of experts who can effectively identify gaps, implement solutions, and create opportunities for diverse female talent to lead and contribute. According to a 2020 Catalyst report, while a 14% higher proportion of women of colour (WOC) have post-secondary education vs. non-racialized women, they are under-represented by 39% in the workforce. Originally from Haiti, Colas is an award-winning actress, filmmaker, producer and business owner. Her primary mission is to change the landscape of Canadian TV and film by making it more diverse and equal.