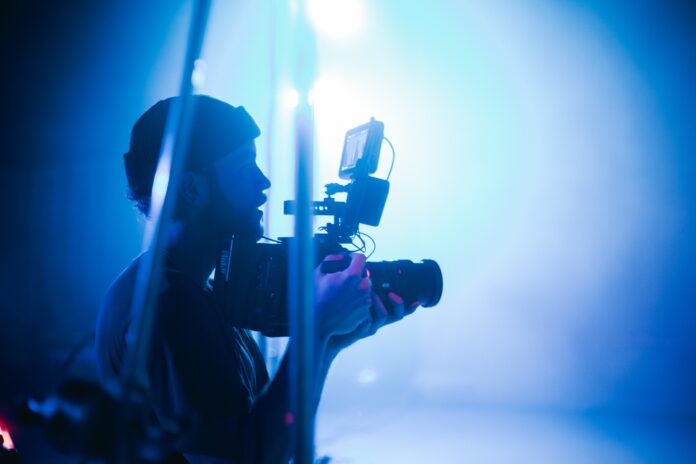 Pinewood Toronto Studios has started major construction on its multi-stage expansion of more than 200,000 sq. ft. of new sound stage and support space. Pinewood says the five-acre new build will better meet growing demand from domestic and international film and television clients in Toronto, and bring the production facility to a total of over 525,000 sq. ft. The expansion features five new sound stages totalling 102,000 sq. ft., 58,000 sq. ft. of additional office and support space, and 15,000 sq. ft. dedicated to a mill shop and workshop space, in addition to a new 25,000 sq. ft. workshop added in 2019. Upon completion, the facility will house 16 sound stages, along with offices that can house multiple productions at a time.

Bell Media has acquired a minority investment in Montreal’s Grandé Studios, which provides production facilities, camera and lighting equipment rentals in Montréal and Toronto, as well as technical services to the TV and film production industry. Terms of the transaction were not disclosed. Grandé Studios facilities have already been home to several Bell Media original productions including Transplant, La Semaine Des 4 Julie, and Crave Original film The Song of Names, in addition to Hollywood blockbusters like X-Men: Dark Phoenix, Jack Ryan, and Roland Emmerich sci-fi feature Moonfall, one of the biggest productions currently filming in Canada.

Big Time Decent Productions is a new Vancouver-based prodco launched by producer and director Matt Shewchuk, the executive producer of Rust Valley Restorers and producer of OUTtv series Dog Dudes, among other shows. The prodco’s focus will be on developing and producing unscripted and scripted series, feature films and digital content. It’s already in development on a number of new projects with Corus Entertainment and has brought industry veteran René Brar on board as Head of Development. Big Time Decent Production’s first series, Backroad Truckers, produced in partnership with Mayhem Entertainment and distributed by Corus Studios, will premiere on History in Winter 2021. The company has also secured strategic partnerships, including post-production services with producer and editor Bridget Durnford (Chicago Med, Fargo), and a development deal with showrunner Tommy Blacha (Metalocalypse) for a new half-hour animated comedy series. The Canada Media Fund (CMF) has released details of the Development Pilot Program – Experienced Producers, supporting projects in the development stage by experienced producers where no Canadian broadcaster is attached. The total amount of funding available is $3M. Eligible projects must be in the Drama, Children & Youth or Documentary genres. Click here to access the guidelines and here to apply between Nov. 26 and Jan. 21.

The Canada Media Fund (CMF) and Shaw Rocket Fund (SRF) are renewing their partnership to fund the production of Canadian digital animated series for children and youth audiences that encourage the use of new technology. Applications for financing must be submitted to SRF by Jan, 6, 2021. Click here to access the program guidelines. The third round of financing through the CMF-SRF Kids Digital Animated Series Program will have a total budget of $4.5M, with the maximum contribution provided to a project funded through the program the lesser of $525,000 or 75% of eligible costs.

The Pacific Screenwriting Program (PSP) has announced that award-winning writer/producer/director Will Pascoe will serve as Showrunner-in-Residence for the 2021 Scripted Series Lab. Pascoe will mentor six up-and-coming BC-based screenwriters selected to participate in the program and lead the writer’s room as they develop his original series in the PSP’s flagship training program starting in January. Going into its third year, the lab will be a combination of in-person and virtual meetings to reflect current COVID-19 production protocols. Pascoe most recently wrapped showrunning the third season of Amazon’s Absentia. He’s also written for Fox’s The Finder, Bell/SyFy Channel’s, Bitten; NBC’s Chicago Med; BBC Worldwide/Starz’s Da Vinci’s Demons and Hulu’s Shut Eye. CTV airs The Original Santa Claus Parade in a new, two-hour primetime special, premiering Saturday, Dec. 5 on CTV and CTV2. A closed nighttime parade route at Canada’s Wonderland, adhering to local health and safety protocols, is allowing the tradition to go ahead in its 116th year. Produced by Bell Media Studios, guest performers will include Dolly Parton, Kelly Clarkson and Brett Eldredge, Meghan Trainor, Ruth B., Shaggy ft. CARYS, and the Toronto Symphony Orchestra. Melissa Grelo of CTV’s The Social and Kelsey McEwen of Your Morning host.

CTV Toronto has launched its 25th annual Toy Mountain campaign in support of The Salvation Army. This year’s event has set a goal of collecting 150,000 new, unwrapped toys this holiday season – with an emphasis on the greatest area of need: girls and boys aged 7-9, and youth aged 10-17. CTV Toronto weather anchor Tom Brown will provide progress updates throughout the duration of the campaign on CTV News At Six. He’ll bring the campaign to a close Friday Dec. 18.

Pier 21 Films has partnered with Canadian YouTube personality Jasmeet Singh Raina (aka Jus Reign) on new half-hour series Late Bloomer (w/t), currently in development at the CBC. Inspired by his own real-life experiences as a first generation Indo-Canadian, Late Bloomer focuses on Raina’s journey navigating his newfound internet fame, dating, spirituality, culture, and his dysfunctional (yet loving) family. With more than 167 Million YouTube views, 970,000+ subscribers and 1M+ fans on Facebook, Jus Reign is known for his irreverent humor incorporating his ethnic background and upbringing. Comedian/actor/producer Russell Peters is attached to executive produce.

Stories From the Land, a podcast dedicated to Indigenous storytelling, has been adapted into a documentary series by Wanderer Entertainment Inc. for CBC Short Docs. The first two episodes in a four-part series aired as part of a “sneak-peek” on CBC’s Absolutely Canadian Nov. 14 in Ontario, and on CBC Gem. The complete series will be available to stream in early 2021. Narrated and hosted by Anishinaabe comedian Ryan McMahon, the series of short documentaries picks up where the podcast ends, with each themed episode a collection of documentary vignettes of new stories, interviews and landscapes woven together by a visual tapestry. The series also features a soundtrack by DJ Shub, taken from his new album “War Club.”

MBM TV INC. has announced the Canadian Premiere of their latest series America’s Wild Border: Northern Exposure on Nov. 18 on Love Nature. The series, filmed along the world’s longest border between Canada and the U.S., follows the wildlife that live with one foot in two worlds. The Vancouver-based production studio, MBM TV, produced the series in partnership with Tamarin Productions Inc. for Blue Ant Television. It features the work of Emmy-nominated cinematographers, including Director and DP Jeff Morales.

Bell Media has announced that LETTERKENNY’s ninth season will start streaming on Crave on Christmas Day. All seven new episodes will drop at once. 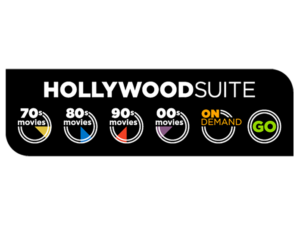 Hollywood Suite will be the exclusive Canadian home of HBO Max Original 10-part war drama, Valley of Tears, starting Saturday, Dec. 19. The biggest budget Israeli TV series of all time, its debut on Hollywood Suite follows its launch in its home country and on HBO Max in the U.S. Inspired by the true events of the 1973 Yom Kippur War in Israel, the series follows young combatants thrust into a war that it was later revealed could have been avoided by leaders they blindly trusted.