The Directors Guild of Canada (DGC) has announced the nominees for the 2022 DGC Awards for Television Series, Movies for Television and Mini Series. The nominations are led by CBC comedy Sort Of, which scored four noms including an Outstanding Directorial Achievement, Comedy Series nod for Fabrizio Filippo, Best Production Design, and two nominations for Picture Editing in the Comedy and Family Series Category. CBC/BET+ co-production, The Porter, earned three nominations, with Charles Officer up for Outstanding Directorial Achievement in a Dramatic Series. Super Channel TV movie Christmas Movie Magic also received three nods, including Best Production Design, Picture Editing, and Sound Editing in the Movies for Television category. Winners will be announced at the West Coast DGC Awards in Vancouver on Nov. 5. The Canadian Media Producers Association (CMPA) has opened applications for the 2022 Indiescreen Awards, announcing that the prize money for the awards will be increased to $20,000 for the Established Producer category, and $10,000 for the Kevin Tierney Emerging Producer category. This year’s Indiescreen Awards ceremony will be held in-person at the Whistler Film Festival on Dec. 2. To qualify, applicants must have acted as lead producer (or production team) on a Canadian feature film that has or will premiere in the 2022 calendar year. Find detailed eligibility criteria here. The deadline to apply is Sept. 22. 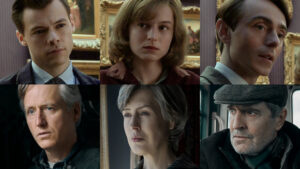 TIFF has announced that this year’s TIFF Tribute Award for Performance will go to the ensemble cast of My Policeman, which includes Harry Styles, Emma Corrin, Gina McKee, Linus Roache, David Dawson, and Rupert Everett. Now in its fourth year, the TIFF Tribute Awards presented by BVLGARI will return as an in-person gala fundraiser during the 47th edition of the festival on Sunday, Sept. 11, at Fairmont Royal York Hotel. As previously announced, My Policeman, by director Michael Grandage, will have its World Premiere at this year’s festival. Telefilm is conducting an industry survey on best practices, which will help form the Subcommittee on Authentic Storytelling. As Telefilm continues to work with the industry to build more representative screen-based storytelling, the survey is being launched to learn more about what the industry is currently doing to further authentic storytelling, as well as receive feedback on roles that Canadian institutions like Telefilm can play. The agency will invite some respondents to be part of the industry subcommittee. The deadline to submit is Aug. 22. 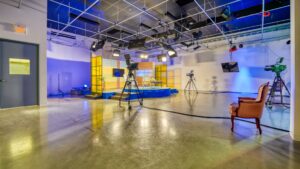 Asian Television Network, Canada’s largest South Asian broadcaster, is now renting out its studio space and green screen in Markham, ON for television, film and video production. A short drive from Downtown Toronto, ATN has over 40,000 sq. ft. of studio and office space, in addition to makeup and wardrobe rooms, a large formal dining area that can accommodate 100 people, and a programming area that can accommodate over 100 crew members, as well as two conference rooms, and 10 fully-equipped editing suites.

Hallmark Channel’s RIDE has begun production in Calgary. The family drama, centered on a rodeo dynasty, will premiere on Hallmark Channel and CTV Drama Channel in Canada in 2023. Casting of the McMurray Family includes Tiera Skovbye (Riverdale, Nurses), Nancy Travis (Last Man Standing, The Kominsky Method), Beau Mirchoff (Good Trouble, Hidden Gems), Sara Garcia (The Flash, Reign), and Jake Foy (Designated Survivor, A Little Daytime Drama), and Tyler Jacob Moore (Shameless, Once Upon A Time). RIDE is co-produced by Blink49 Studios and Seven24 Films, in partnership with Bell Media. The series is based on an original script by husband and wife writing team Rebecca Boss and Chris Masi, who along with Sherri Cooper-Landsman are showrunners and executive producers. 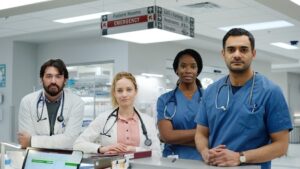 CTV has announced that Transplant is back for a third season airing Fridays at 9 p.m. ET/PT on CTV, CTV.ca, and the CTV app, beginning Sept. 23. The CTV Original, which Bell Media touts as the most-watched Canadian drama series with total viewers and in all key demos throughout its second season, averaging 1.1 million viewers, joins CTV’s Friday night lineup as part of the upcoming fall schedule. Filmed in Montréal, Rekha Sharma (Yellowjackets) joins this season’s cast as a series regular. The translated French version of the series, TRANSPLANTÉ, is also set to air on VRAK. 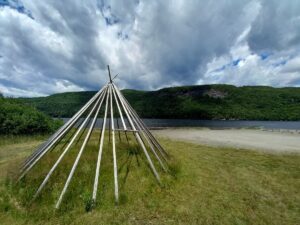 CBC Gem will premiere Wanderer Entertainment short documentary collection Mi’kma’ki on Aug. 19. This three-part series, narrated by Mi’kmaw poet and artist shalan joudry, is a collection of short films themed around the Indigenous experience in communities across Newfoundland and Labrador.

Global TV and Insight Productions are casting for Season 11 of Big Brother Canada. Coming to Global in 2023, Canadians can apply online at BigBrotherCanada.ca for their chance to become a #BBCAN11 houseguest. Fans can also nominate friends on social media by tagging @bigbrotherca and using #FutureHOH for a chance to get noticed by the Big Brother Canada casting team. 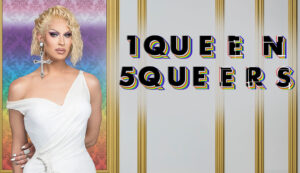 Crave Original series 1 Queen 5 Queers is back for a a second season. Hosted by Canada’s Drag Race judge Brooke Lynn Hytes, the show features in-depth, authentic, and oftentimes hilarious conversations with panelists, including new voices from the LGBTQ2S+ community, about queer life, and culture. Some of the panelists joining Hytes on Season 2 are model and influencer Joey Pittari; Jay Baldwin, an activist with cerebral palsy; Gwen Adora, a plus size sex worker; activist, TV host and filmmaker Sarain Fox; and Farra N Hyte, host of reality show Call Me Mother, and Brooke Lynn Hytes’s drag mother. 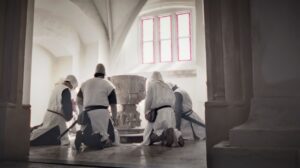 Super Channel Original docuseries, Secret Societies: In the Shadows, will premiere Sept. 5 on Super Channel Fuse. All six episodes will be available to binge watch or stream on Super Channel On Demand, the same day. Each of the six episodes delves into the murky history of a secret society: the Knights Templar, the Freemasons, the Hermetic Order of the Golden Dawn, the Illuminati, the Skull and Bones, and Le Cercle. 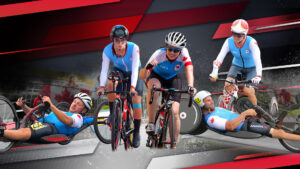 CBC will stream the 2022 Para Cycling Road World Championships, Aug. 11-14, from Baie-Comeau, Que. The road race events, Aug. 13-14, will also be livestreamed on Paralympic.ca, in addition to the CBC Sports and Radio-Canada digital platforms, including CBC Gem, cbcsports.ca, the CBC Sports app, radio-canada.ca/sports and the Radio-Canada Info app. Two separate two-hour shows featuring both live coverage and top highlights will also air on the Canadian Paralympic Committee’s Facebook page on both days, and be mixed into the livestream.

Eagle Vision, White Pine Pictures and Paquin Entertainment feature documentary Buffy Sainte-Marie: Carry It On will have its World Premiere at TIFF. The 90-minute doc is an intimate look at the groundbreaking singer, songwriter, artist, activist and teacher. Directed by Winnipeg filmmaker Madison Thomas, she and Andrea Warner (Buffy Sainte-Marie: The Authorized Biography) share writing credits on the film. With Sainte-Marie’s full participation and firsthand accounts, Buffy guides the film’s narrative with Joni Mitchell, Taj Mahal, Alanis Obomsawin, Jeremy Dutcher, Robbie Robertson, John Kay and George Stroumboulopoulos providing context and perspective. The doc was filmed in Hawai’i, L.A., Brooklyn, London, Toronto, Winnipeg and Saskatoon and behind-the-scenes during Buffy’s 2021 North American tour. Following its World Premiere, the doc will see a theatrical release this fall, followed by broadcasts on Bell Media and APTN in Canada and PBS/American Masters in the U.S.