CTV News has announced that Todd Battis has been named the next Chief Anchor for CTV News Atlantic.

Announced Thursday on the local edition of CTV News at 5, the longtime national correspondent for CTV News, is set to succeed Steve Murphy in the role as anchor of flagship newscast CTV News at 6, starting Monday, Jan. 31. Murphy ended a 35-year run on the anchor desk last month and will now concentrate on special projects for CTV Atlantic. 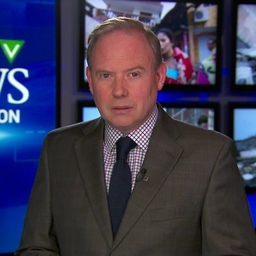 “I’m thrilled and humbled to follow my friend and long-time colleague Steve Murphy in the anchor chair,” said Battis, in a Bell Media announcement. “He set a very high standard and earned the trust of Maritimers. I look forward to following his lead, and I’m eager to join the CTV News Atlantic team in its daily commitment to report on the most important stories in our community.”

Battis has been with CTV for most of the last two decades after starting his career with CBC in the early 1990s, following his graduation from the Bachelor of Journalism program at the University of Regina. Among other roles, Battis served as the CTV Vancouver Bureau Chief for five years from 2003-08. After a brief return to the public broadcaster as host of CBC New Brunswick at 6, Battis returned to CTV in 2009 as Atlantic correspondent for CTV National News, based in Halifax.

Among the significant stories he’s covered in the region are the crash of Swissair 111, the Moncton RCMP shootings, Hurricane Juan, and the April 2020 mass shootings in Nova Scotia. Battis has also reported from major news events around the world, covering the election of Pope Francis at the Vatican, the memorial for Fidel Castro in Cuba, and the 100th anniversary of the Battle of Vimy Ridge, as well as the Royal Wedding of Prince Harry and Meghan Markle.

Just a quick thank you for the kind notes. Your generosity is humbling. I hope to earn your trust and viewership.

“Todd has worked alongside the CTV Atlantic team for the past 12 years, and shares our passion for local news,” said Trent McGrath, General Manager, CTV Atlantic. “He is a skilled storyteller who has inspired and shaped young reporters along the way.”