The AES/EBU standard for digital audio transmission, more correctly but seldom called AES3, has been with us for a while now… long enough, at least, that most of us will run into it from time to time (1983? where has the time gone?)  It is quite forgiving of a little rule-bending in many respects, but still can produce surprising faults with little or no notice past a certain (alarmingly unknowable) point. Typical of digital stuff, it often works great… until it doesn’t! And that, gentle reader, is today’s subject!

To recap, AES3 most often carries one or two channels of digital audio from A to B. Most often in radio stations, it uses shielded balanced cables and XLR connectors. There’s also an unbalanced variety, which we will touch on a little later.  You’re not supposed to use normal analogue-style audio cabling, as AES3 wants 110-ohm cables (+/- 20%), and the analogue stuff, not typically specified, usually averages about 35 ohms or so. Some do get away with it, particularly if the cables are only a few feet long, but this is poor practice, and sooner or later it may bite you. Many others use CAT5 Ethernet cable, which is close enough to the standard (it’s 100-ohms +/- 15%) that it’s unlikely to ever give you grief. And let’s face it, CAT5 cable is an awful lot easier to obtain (and a lot less expensive) than AES/EBU cable. But you should make the extra effort if your application is going to need the extra physical strength, improved flexibility, or the shielding of proper AES/EBU cable.

The reason for all this foofaraw about impedance is that the digital pulse rates are high enough (128 times the sample rate being used; typically 4-6 MHz or so; up to 26 MHz for MPX over AES) that our cables will start to show transmission line effects:  impedance mismatches will result in standing waves, which are the quickest way to get into trouble with this standard. So we want to keep everything impedance-matched. That means the signal should leave the (110-ohm) equipment output, be carried on the (110-ohm) cable, and terminate at the (110-ohm) equipment input. Open hunks of line tapped onto our circuit are to be avoided at all costs. And one source feeds only one input.

So what do you do when you want to feed more than one input from a source?  Well, you have a few options. You could use an AES/EBU distribution amplifier, which will set you back about about a half a kilobuck per circuit, but will keep everything matched, and may even re-clock your signal in the bargain.  But it will also introduce another single point of failure in your system, which is something to keep in mind. You could also use a passive splitter; there are a few manufacturers making splitters with custom transformers. Personally, I’ve been using resistive splitter pads with some success. Each two-way split introduces 6 dB of attenuation, but you have at least 20 dB of headroom between the input threshold of each line receiver (<200 mV) and the output level of each line driver (2-7 V), so there’s some room to play here. And a properly designed balanced splitter pad will also keep everything impedance-matched.

I mentioned an unbalanced AES/EBU variant above, and it’s very popular in TV installations, since it’s 75-ohms, and thus can use standard 75-ohm coaxial cable, same as video (analogue or digital). In hindsight, perhaps it would have been better for everyone if this had been the only standard. It uses a type of cabling that’s already common; impedance-matching rules are largely already understood; and cable lengths are much less of an issue. Unfortunately, every transition between balanced and unbalanced requires a 110/75-ohm balun — hardly a commonplace item! 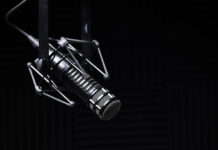 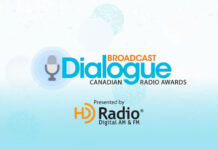 Announcing the winners of the 2021 Canadian Radio Awards, presented by HD Radio