The Ontario Association of Broadcasters (OAB) handed out its annual awards Nov. 8 at the OAB Connection ’18 Conference in Toronto. Among this year’s honourees were 2018 Ontario Hall of Fame Award winners Ross Kentner and Barbara Williams, recognized for outstanding leadership and dedication to broadcasting. Kentner recently retired after 56 years with Bayshore Broadcasting. He began his career as an operator and quickly moved into the newsroom, eventually becoming news director and later general manager in 1985. Barb Williams retired as executive vice-president and COO of Corus Entertainment on Oct. 31. She previously served as president of Shaw Media and has also held roles including executive VP, Content at Canwest; vice-president and GM of Toronto 1; and senior VP of Lifestyle Programming at Alliance Atlantis.

93.5 The Move (CFXJ-FM) Toronto (Stingray): The Made in Toronto Takeover

The CRTC says it’s taking action to address increasing complaints about internet services. The commission is seeking comments on the need for a mandatory code of conduct for Internet Service Providers (ISPs), similar to the Wireless Code, implemented in 2013, and the Television Service Provider Code in 2017. The CRTC says the Internet Code would, among other things, establish consumer-friendly business practices, ensure contracts are easy-to-understand, and make it easier for Canadians to switch providers to take advantage of competitive offers. In its 2016-17 annual report, the Commission for Complaints for Telecom-television Services (CCTS) noted a 38 per cent increase in complaints about internet services compared to the previous year. Canadians have until Dec. 19 to submit their comments. Read more here.

Raj Shoan, the former CRTC commissioner for Ontario, has filed suit against the CRTC, former chair Jean-Pierre Blais, former Canadian Heritage Min. Melanie Joly, and others, claiming racism, harassment, and wrongful dismissal. The suit seeks $8.4 million in punitive damages. Shoan was accused of workplace harassment and dismissed by an Order-in-Council twice, first in June 2016 and then again in May 2017. The second dismissal came just four days after he was reinstated by an Ontario court ruling. Quebecor Inc. has reported consolidated financial results for the third quarter of 2018. Q3 highlights include revenue of $1.06 billion, up $17.6 million (1.7 per cent) from the third quarter of 2017. Adjusted EBITDA was $465.4 million, up $33.4 million (7.7 per cent). Net income attributable to shareholders was $186.7 million ($0.80 per basic share) in the quarter, compared with $178.4 million ($0.74 per basic share) in the same period of 2017, a favourable variance of $8.3 million ($0.06 per basic share). The Telecommunications segment grew its revenues by $30.2 million (3.6 per cent), while Videotron significantly increased revenues from mobile telephony ($18.8 million or 15.7 per cent), Internet access ($11.3 million or 4.3 per cent) and the Club illico OTT video service ($1.8 million or 17.8 per cent) in the third quarter of 2018. Subscriber connections to mobile telephony and Internet services increased by 130,400, or 13.2 per cent, and 43,400, or 2.6 per cent, respectively, during the 12‑month period ended Sept. 30. TVA Group’s adjusted EBITDA decreased in Q3, mainly because of lower advertising, soundstage and equipment rental revenues. At the same time, TVA Group’s market share increased by 1.0 point compared with the same period of 2017, largely because of the strong performance of the specialty channels, particularly LCN, which gained 0.7 points.

Global National anchor and executive editor Dawna Friesen emceed the Manitoba Business Awards on Oct. 26, and delivered a message about journalism before an audience of 500 CEOs and business leaders. Global has published a condensed version of her remarks in which Friesen addresses the both the challenges of broadcasting’s evolving digital model and the assault on free press. Friesen urged business leaders to “Be an active part of the solution. Don’t be drawn into partisan ugliness that paints political opponents as traitors and the enemy. Support quality journalism. Think of it as a public service.” The Canadian Association of Journalists (CAJ) and APTN have issued a call for applications for the third Indigenous Investigative Journalism Fellowship. Application instructions are available on both the APTN and CAJ websites. The deadline for applications is 11:59 p.m. ET on Nov. 30. The fellowship provides a 12-week, paid placement with APTN Investigates in Winnipeg in the winter or spring of 2019. During the placement, the recipient is expected to produce a full-length piece of original, investigative journalism that will air on APTN Investigates. Journalists of First Nations, Inuit or Métis background who are eligible to work in Canada and have a minimum of three years of professional media experience are encouraged to apply. The National Media Awards Foundation (NMAF) has announced the inaugural National Magazine Awards: B2B. Honouring the best in Canadian business-to-business publishing, the NMA: B2B awards will be open for entries starting Jan. 3. Awards in 19 categories will recognize the work of individual creators and editorial teams, with $500 cash prizes for Gold winners in creator-focused categories, which range from best profile to best illustration. Read about categories here. NMAF is currently looking for individuals interested in serving on the juries for the NMA: B2B awards, as well as the upcoming National Magazine Awards and Digital Publishing Awards. Information about the judging process can be found here.

The Western Association of Broadcasters (WAB) has opened registration for its annual conference taking place June 5-6, 2019 at Fairmont Banff Springs. Speaker announcements will be coming soon. 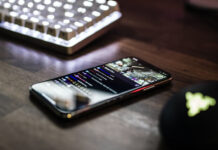 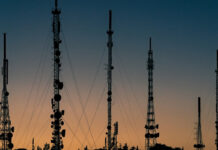 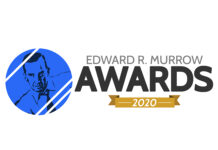