The Ontario Association of Broadcasters handed out its annual awards at Connection 2017, the OAB’s 8th annual conference and awards gala on Nov. 9. The winners of this year’s Community Service Awards were 92.3 The Dock (CJOS-FM) Owen Sound for its Radio for Oncology campaign (small market) and Corus Toronto (Q107, 102.1 The Edge and AM 640) for April Foods Day (large market). Karen Hopkins of Larche Communications took home the Best in Class Sales Award (small market), while Cheryl Foster of boom 97.3 (CJOJ-FM) Toronto claimed the large market honour. Creative Awards were won by Larry MacInnis and Kelly Robotham, MZ Media (large market) and Brad Tasker and AJ Junop of 99.5 Moose FM (CFBG-FM) Bracebridge (small market). In the Station Promotion category, boom 97.3 Toronto won for its Mixtape Of You promotion (large market), while 95.5 Hits FM (CJOJ-FM) Belleville took home the small market prize for its Wall of Hits.

Indie88 (CIND-FM) Toronto morning show hosts Josie Dye, Carlin Burton and Matt Hart have been putting a handful of lucky broadcasting students through their paces this week by having them sit in on The Josie Dye Show. Dye Tweeted a call on Nov. 8 for students affected by the Ontario college instructors strike to send in their demos, and chose one student each from Niagara, Humber, Seneca, Centennial and Fanshawe College from over 100 submissions. The students have been pitching in with everything from traffic and weather to music segments. During the daily 8:15 a.m. break, Dye tells Broadcast Dialogue they’ve allowed each student free reign to entertain Toronto with mixed results “We’ve had some crash and burns, but a couple of really great stories as well,” says Dye. “I’m really worried some of them are going to take my job.”

Newcap Radio has struck a deal to buy Hector Broadcasting’s New Glasgow, NS stations CKEC-FM and CKEZ-FM, subject to CRTC approval. The purchase price has not been disclosed.

Newcap Radio’s parent company, Newfoundland Capital Corp., has released its Q3 2017 results for the quarter ended Sept. 30. Revenue for the quarter of $43.1 million was $1.6 million, or four per cent higher than the same quarter last year, and year-to-date revenue of $122.4 million was $0.1 million, or less than one per cent lower than 2016. The growth during the quarter was primarily due to growth in the company’s Ontario operations combined with the acquisition of two stations in Kamloops. Year-to-date, the Toronto and Sudbury operations achieved strong revenue growth, largely offsetting declines faced in other areas of the country, particularly at certain Alberta and Newfoundland and Labrador stations.

No Fun Radio (NFR) Vancouver, an online only radio station, has started streaming out of a former grilled cheese shop in the Gastown neighbourhood. NFR went on air at the end of September, collaborating on programming with groups like experimental arts collective Chapel Sound. Tune in live in at nofunradio.com or check out the archive at mixcloud.com/nofunradio.

CBC Radio One Halifax afternoon program Mainstreet has been chastised by the public broadcaster’s ombudsman Esther Enkin over its coverage of U.S. President Donald Trump’s interactions with both NFL players and the Pittsburgh Penguins. Responding to a listener complaint about three separate broadcasts on the subject in September, Enkin says there should have been more thought in achieving balance. Enkin writes there was “a preponderance of statements that were highly critical of Mr. Trump. The coverage was flawed.” 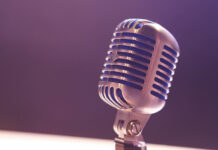 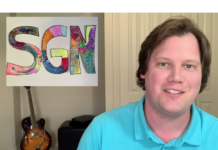