The Google News Initiative is granting the Canadian Journalism Foundation (CJF) $1 million to expand its NewsWise program to help Canadians better discern between legitimate and fake news. The goal is to make NewsWise programming, which is already delivered to students in grades 5-12, widely available to Canadians in advance of this year’s federal election to help people better gauge the reliability of the information they’re consuming. The grant will also provide Canadian publishers with tools, like interactive PSAs and other digital content. According to new Earnscliffe Strategy Group research commissioned by CJF, 40% of Canadians report finding it difficult to distinguish between truth and misinformation in the news. Read more here.

The Digital Publishing Awards, now in their fourth year recognizing Canadian digital publications and creators, have announced this year’s nominees. CBC News leads the nominations with 18, followed by The Globe and Mail which received 16 nods. Hakai earned six nominations, while Maclean’s and Radio-Canada each garnered five. The Gold, Silver, and Honourable Mention winners will be revealed at a Soiree May 29 at One King West in Toronto, with Gold winners in select categories receiving a $500 cash prize. Kathy Vey, TVO’s Executive Producer of Digital, will be presented with the 2019 Digital Publishing Leadership Award.

HuffPost Canada is following in the footsteps of its U.S. counterpart and closing its blogging platform. It’s launching Personal and Opinion sections, which will feature commissioned and paid-for features. Editor-in-chief Andree Lau says the new sections will champion diverse writers and original, first-person stories. Twitter is expanding its live and on-demand premium video programming across sports, gaming, entertainment and news. The social platform has unveiled new content collaborations with Univision for Spanish-language audiences in the U.S., and an extension of its multi-year partnerships with the NFL, MLS, and ESPN. Live Nation is also launching a new concert and festival series and TIME will develop exclusive content around Person of the Year and TIME 100, among other partnerships. Telefilm Talent to Watch recipient I Hear You has started production in Halifax. The web series stars its co-creator Amy Trefry (Jerky, Mr. D, The Crescent), as a newly-graduated family doctor. Also co-created by Siri Bright and Koumbie, the 10 webisodes are set to go live this September. Each episode introduces a different woman, from puberty to menopause, struggling with sexual health issues. 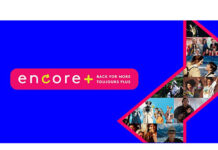 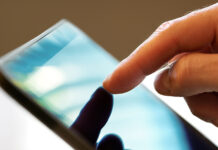