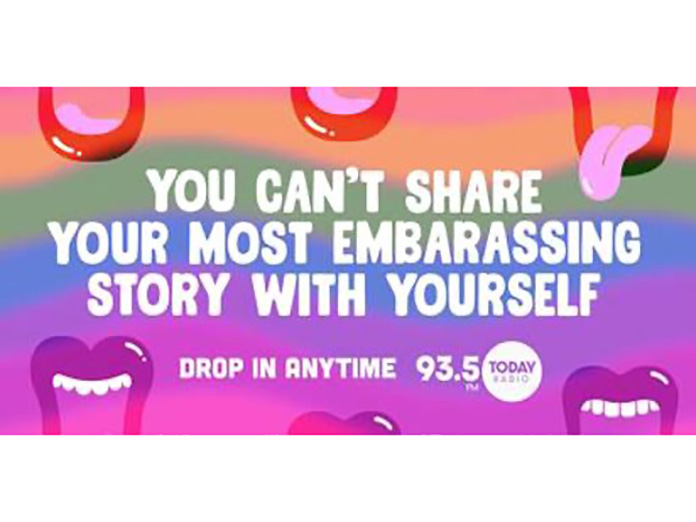 Stingray has introduced 93.5 TODAY RADIO (CFXJ-FM) to the Toronto market, a Gold-based Hot Adult Contemporary format it says will be built around listener conversations, stories and experiences.

“We are reflecting what life is like, in Toronto, at this very moment,” said Steve Parsons, General Manager of 93.5 TODAY RADIO. “The radio station is like a dinner party, with friends sharing laughs and stories. We’re doing what a playlist can’t do and connecting with people through real-life experiences and emotions.”

With an eclectic playlist that won’t focus on a specific era or genre of music, Stingray says the station aims to be a point of connection for its audience, inviting listeners to “drop in anytime” and join the conversation by phone, text, or social media, “sharing their lives and stories with engaging on-air hosts,” according to a release. “While music is important, and the station plays all kinds of it, the real draw is the sense of community and connection.”

Stingray announced last week it was relinquishing the iconic Flow brand to G98.7 (CKFG-FM) to make way for the new format. 93.5 moves away from Urban/Hip Hop to a playlist that 93.5 Program Director Crosby McWilliam says will be unpredictable and transcends traditional radio formats.

“We really do play it all,” said McWilliam. “You could hear Ed Sheeran followed by Queen, Keith Urban, The Weeknd, Gordon Lightfoot, Doja Cat. You just don’t know what will come next.”

The new brand is accompanied by a new talent lineup with mornings to be helmed by Scottish DJ Paul Harper, who has been heard on 93.5 sister station boom 97.3 (CHBM-FM), and Nikki Balch, who up until last September was part of the morning show on Montreal’s The Beat 92.5 (CKBE-FM).

Steve Jones, Director of Brands & Content for Stingray, told Broadcast Dialogue that the new brand and format are aimed at distinguishing 93.5 in the competitive Toronto radio market.

“The Toronto market is extremely crowded with stations serving pretty much every musical genre, so we have our work cut out for us,” said Jones. “But the future is bright for the frequency. The new format will give listeners something that they can’t get anywhere else in the GTA.”

Today Radio and 2Day Radio are licensed in Canada by Momentum Media Marketing, the parent company of Broadcast Dialogue.