StatsRadio builds tools that innovate the business of Radio – attracting and monetizing audiences.

When Joty Pannu took the helm of Sauga 960 AM in 2018 as general manager, she took on quite the set of challenges. One the bigger challenges being that traditional radio ( and more specifically AM radio) was not the first, second or third choice of younger audiences who greatly prefer digital-streaming audio platforms. To make matters worse, she had to prove the worth of her radio station to advertisers and agencies in the Peel Region, a suburb of Toronto, Canada’s largest metropolis (pop. 2.9 million), over 60 AM and FM radio stations of various formats and languages cover the dial. 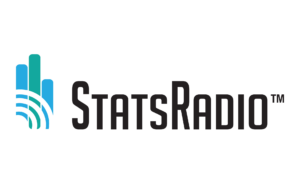 Joty took on these challenges with infectious energy and excitement. She believed that there was a need for this station within her market. Local stories were not being told and voices not being heard. Peel Region stories were being drowned out by their audio-drenched neighbour to the east. So she built a powerful team of media veterans, including ex-CBC Director of Marketing Praveen Amirtharaj, and got to work.

To prove the station’s worth and understand the impact of its programming choices, Joty’s team had to measure their audience. Unfortunately, traditional broadcast-audience measurement methods were not up to the task. Seeking alternatives, they heard about StatsRadio, a startup in Quebec City that had designed, developed and successfully implemented in its province an agile radio-audience measurement method that crossed platforms (online and offline) and provided clients with valuable web analytics. Data was captured daily and available to clients overnight. The analytics platform calculated campaign impressions and CPM so that, at last, savvy cross-platform marketers could track their entire multi-media advertising campaigns.

Bold, brash and determined to succeed, Joty and her team took a leap of faith and gave StatsRadio a trial run. Armed with robust information, the station could now reach out to show local advertisers whom the station was reaching and how it could grow its audience through real-time-data informed programming moves.

During this time, Ontario Hockey League team, the Mississauga Steelheads, had an audience problem of its own: how to increase the team’s popularity and draw larger crowds to the arena. Joty’s team and Steelheads management formed a strategic partnership, and Sauga 960 AM began airing the team’s home and away games live on the radio. The result was a match made in heaven. Sauga 960 AM and the Mississauga Steelheads both increased their audiences overnight. With the help of StatsRadio, the station was able to provide audience numbers to the hockey club’s Owner and President, J. Elliott Kerr. To quote Praveen, “He was blown away.” For the first time in the franchise’s history, the Mississauga Steelheads could directly attribute audience growth to radio’s performance. Even when live attendance lagged, radio listenership continued to exceed expectations. The team’s management could accurately calculate the return of their media investment – for the first time ever.

Sauga 960 AM continues to do the smart work required to sustain, grow and monetize a successful radio station. Their competitive environment hasn’t changed, and they still have a lot of work ahead of them. Using StatsRadio, Joty’s team is able to hone their programming slate, overnight if need be, by observing changes in audience sizes from one day to the next. With the agility they’ve gained from StatRadio’s prompt cross-platform data and analysis, Joty and her team can confidently market their station, empirically prove to advertisers and agencies its worth and attract new clients.

Want to find out more? Ask your Radio partners and rep houses about StatsRadio or visit the startup at www.statsradio.com.