The Motion Picture Association of Canada (MPA-Canada) has released data estimating the economic impact of Paramount Picture’s newly-released feature film Sonic The Hedgehog at over $37.5 million in British Columbia.

MPA-Canada says in just 53 days of filming, the live-action adventure comedy spent more than $22 million on local labour, employing over 1,450 local cast and crew. Another $15.5 million was spent on production-related goods and services, including more than $1.6 million on hotels and accommodations.

Based on the Sega video game franchise, the film stars Jim Carrey and James Marsden, in addition to Ben Schwartz and Tika Sumpter as the voice of Sonic. It opened last weekend, setting a new domestic box office record for a video game adaptation, bringing in an estimated $57 million USD from Friday to Sunday.

The production used filming locations including Shelter Point Distillery in Campbell River, The Diplomat Motel in Nanaimo, Stawamus Chief Park in Squamish, Camp Howdy in Belcarra, and the Cook Creek Interchange on Vancouver Island for a highway chase scene.

“With $3.2 billion in annual economic impacts, B.C.’s film industry continues to play a major role in supporting and diversifying our provincial economy,” said Prem Gill, CEO, Creative BC, in a release. “Productions like Sonic the Hedgehog generate significant value regionally, and the expertise of our local crews and regional film commissions are what global leaders like Paramount Pictures know they can depend on.”

Among the Vancouver talent that lent its expertise to the film were those at VFX studio MPC (Moving Pictures Company), which is owned by Technicolor, and played a significant role in the redesign of the Sonic character. The company’s Vancouver studio, which at its peak employed about 800 staff, shut its doors in December citing “increasing external market pressures in Vancouver and more attractive opportunities in other locations” that made it difficult to the sustain the location. 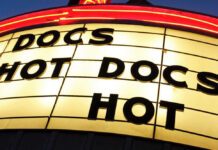