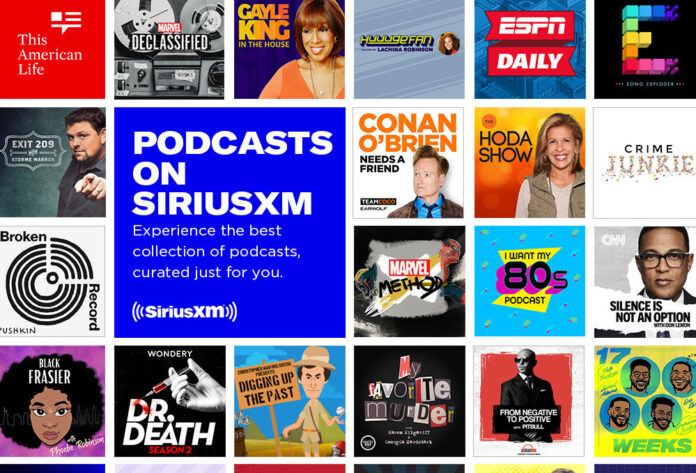 SiriusXM has launched its anticipated podcast offering, following the satellite radio provider’s acquisition of the Stitcher and Simplecast platforms.

“As the popularity of podcasts continues to expand, we’re thrilled to offer our subscribers an amazing selection of podcast entertainment and expand on our unmatched variety of compelling, must-hear programming,” said Scott Greenstein, SiriusXM’s President and Chief Content Officer, in a release. “With exclusive new series from entertainment powerhouses like Marvel and Kevin Hart, SiriusXM originals from some of our most popular hosts, and a curated collection of top shows from leading providers, subscribers now have direct access to our new destination for podcasts without ever leaving the SiriusXM app. And with Stitcher and their catalog of hugely popular original podcasts joining the SiriusXM family, this is just the beginning.”

Available to stream via the SiriusXM mobile app or online, the launch coincides with its latest “Listen Free” campaign, which is running through Dec. 1.

SiriusXM plans to package highlights from dozens of other shows as podcasts, featuring hosts like Andy Cohen, Hoda Kotb, Gayle King, and Dan Rather. Over 60 Stitcher podcasts will also be available to stream, including Conan O’Brien Needs a Friend, Freakonomics Radio, Science Rules! With Bill Nye, Office Ladies, and Getting Curious with Jonathan Van Ness.