Gary Michaels, 77, on Feb. 26. Born Gary Zahab, Michaels grew up on Ottawa’s Fairmont Avenue above the busy family business, George’s Corner Store. The Zahabs owned a 50-acre farm in Carlsbad Springs where they grew their own produce and where Michaels spent summers. He opted not to go into the family business and pursued radio, landing a job with CJET Smiths Falls. He would go on to become a staple of the Ottawa radio scene, with subsequent stints as a midday and morning host at CFGO 1440 and CIWW-AM (now 1310 News). Michaels retired from radio in 2011 after helping launch CHIN Radio (CJLL-FM) Ottawa as program director and later operations manager. He continued to do voiceover work under the Gary Michaels Agency.

Robert H. Lee, 86, on Feb. 19. Born in Vancouver’s Chinatown in 1933, Lee went on to graduate from the University of British Columbia’s Commerce program in 1956. He pursued a career in real estate, founding the Prospero Group in 1979. Lee was one of the entrepreneurs who won the licence to launch ethnic station Channel M in 2002. Now branded as OMNI Television, it was acquired by Rogers from Multivan Broadcasting Corporation in 2008. Lee was a long-serving member of the UBC Board of Governors and chancellor between 1993-96. Known for his philanthropy, numerous facilities at UBC and in Vancouver bear his name including The Robert H. Lee Graduate School (in recognition of a $5 million gift in support of graduate education), the Robert H. Lee Alumni Centre, the Robert and Lily Lee Family and Community Health Centre, and the Robert Lee YMCA. Lee was an inductee of the Order of British Columbia, the Order of Canada and was named businessman of the year in 1990 by the Greater Vancouver Board of Trade.

Finlay Johnson Payne, 93, on Feb. 14. Born and raised in Orillia, Payne was hired right out of highschool at CFOR. He joined CBC Vancouver in 1946 in the mailroom, going on to work as a host, editor, and parliamentary and public affairs liaison. He retired from CBC Ottawa as head of program policy. Payne was one of the founding board members of the ARTEC union (Association of Radio and Télévision Employées of Canada) formed to help secure overtime pay for production staff.

Peter Puttonen, 76, on Feb. 13 in Nanaimo, BC. Puttonen had a long career in broadcast and consumer electronics, including several stints with CBC Vancouver, starting in 1970. He held roles including Maintenance Technician, Supervising Technician at the Mount Seymour transmitter site, and Systems Technologist for ENG in Vancouver. Puttonen also served as the Regional Technical Manager for Philips Consumer Electronics. He retired in 2000.

Leonard Ewert, 85, on Jan. 30. Originally from Saskatchewan, Ewert worked in the oil patch for several years before enrolling in the Radio College of Canada in Toronto. After graduation in 1961, he travelled to Edmonton to look for work when he received two calls on the same day offering him a job. One call was from CKBI Prince Albert and the other from CBC Radio in Edmonton. Ewert would take the CBC job and stayed with the public broadcaster for 35 years, retiring as Radio Technician Supervisor. In addition to working at CBC, Ewert was a 25-year member of the Richard Eaton Singers and Edmonton Symphony Orchestra.

Ada Kangyal, 95, on Feb. 6. Kangyal was a longtime CBC costume designer, based in Toronto. She worked on well-known series throughout the 1970s and 80s, including the King of Kensington and Seeing Things. 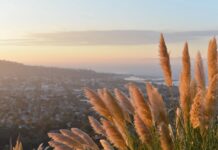 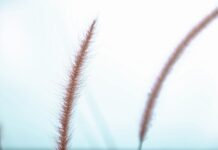 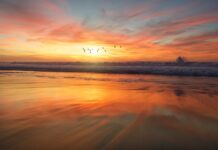