William ‘Wild Bill’ Flamond, 74, on Sept. 24. Best known as the longtime voice of afternoons on NCI-FM Winnipeg, where he also served as the station’s news director, Flamond was also an actor, singer and community advocate for Métis rights. Born in The Pas, MB, Flamond started his radio career in the early 1960s in Dauphin, MB. He went on to work at stations in Saskatchewan and Alberta, before heading south to work as a news director, sports director, music director, and in public relations in Arizona and Texas. In addition to radio, Flamond performed in and staged productions as a singer and emcee, sharing the stage with country legends like George Jones, Merle Haggard, Waylon Jennings, Mel Tillis, Buck Owens, Hank Snow, Kitty Wells, Charlie Pride, Sawyer Brown, Nitty Gritty Dirt Band, Tommy Hunter, and Al Cherny. In 2003, he was nominated for a Nashville Golden Voice Award in the Radio Personality of the Year category. Flamond also took a turn at acting, appearing in the National Film Board production of “Guns For Life” starring Chief Dan George, and had a starring role alongside Tantoo Cardinal in “New Days, New Horizons.” Among his elected positions over the years, Flamond served as President of the Indian and Metis Friendship Center in Winnipeg; president of the Indian and Metis Tenants Association; regional Vice-President of the Manitoba Metis Federation (Thompson); and was Director, Federal/Provincial Relations of the Manitoba Metis Senate. He sat on numerous other community advisory committees and boards, including chairing the Manitoba Metis Federation Constitution Committee and the Aboriginal Peoples Summit on Constitutional Matters. Flamond stepped away from radio in 2008 after suffering a heart attack. 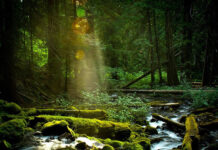