Louis Potvin, 95, on June 2 in Squamish. Potvin left school at age 15 to follow his passion, finding a job at a local radio repair shop that paid him $3.50 a week before starting his own business. With the outbreak of World War II came the demand for radio communications people and after training at Sprott Shaw Radio School in Vancouver, Potvin joined the air force. Age 17 at this point, he trained as a wireless operator and radio repair technician. According to his autobiography Louis’s Place, which was published in 2001, his morse code was 30 words a minute by the time the war was over in 1945. Potvin married a fellow wireless operator and returned to B.C. working as an installer and repairing radiotelephones on ships and in camps. Settled in Lillooet Lake, he would have a mink farm, sawmill company and property development business, before taking a job marketing B.C.-built VHF equipment to developing markets like Cuba, Japan and Latin America which afforded him introductions to the likes of Fidel Castro and Che Guevera. In 1981, he and his second wife Carol fulfilled a long-held dream to have his own radio station Mountain FM (CISQ-FM) Whistler, the Sea to Sky corridor’s first radio station. Potvin formed Mountain Broadcasting Ltd., authorized to operate on 104.9 MHz with an effective radiated power of 2,400 watts, with subsequent approval for rebroadcast transmitters at CISE-FM Sechelt, CIPN-FM Pender Harbour, CISC-FM Gibsons and CIEG-FM Egmont. CISQ was sold to Selkirk Communications in 1989. Potvin was also heavily involved in the Squamish community, particularly the Rotary Club, and was a founding member of the Squamish Golf & Country Club.

John Muir, 63, on June 3. Muir was the founding director of student station Trent Radio in Peterborough, ON, starting with the station from its launch in the 1970s. His technical training started in the UK when he apprenticed as a recording technician at the Putney Bridge Studio of Electronic Music Studios in London while working as a gaffer at concerts. When he returned to Trent University in 1975, he became involved in producing radio drama, news, and programming. In 1978, he became one of Trent Radio’s founding directors when it applied for incorporation. Muir was also an audio engineer, arts advocate and mentor. He was involved in Folk Under the Clock, Kawartha Jazz Society and In from the Cold, among other events. Muir was also a founding member of the Canadian Society for Independent Radio Production. In 2001, he was inducted into the Peterborough and District Pathway of Fame for his work in broadcasting and the arts. 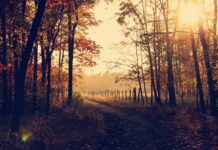 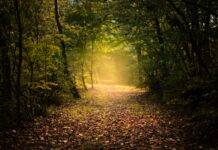 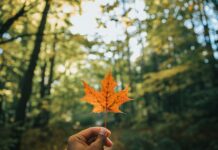