Ed Jurak, 75, on Jan. 26. Jurak started his broadcasting career in 1963 doing weekends and fill-in at CKLG Vancouver. He moved on to CHTK Prince Rupert, where he became program director in 1967. In the early 1970s, he returned to the Lower Mainland to work at Stoney Productions Recording Studio in North Vancouver. Jurak returned to radio in 1976, both on-air and behind the scenes, as an engineer at CHTK and then held a similar combined role at CKO-FM-4 Vancouver from 1983-89 and CKST Langley/Vancouver from 1991-2002. He retired from the engineering department at CHUM Radio Vancouver in 2004.

Tony Antonias, 89, on Jan. 25. The longtime copy chief and creative director at CKNW Vancouver, Antonias started with the station in 1955. He’s best known for writing the popular Woodward’s Department Store $1.49 Day jingle in 1958 which earned him an International Broadcasting Award from the Hollywood Advertising Club. In his private life, Antonias, who originally hailed from Australia, was an avid supporter of the arts in his adopted home community of New Westminster, BC and was involved in efforts to save the Columbia Theatre heritage building, among other projects.

John Himpe, 38, on Jan. 25 of a catastrophic brain aneurysm. Himpe started honing his broadcasting skills at age 16, while working in community cable  in Yorkton, SK. He went on to study Broadcast News at the Southern Alberta Institute of Technology (SAIT). From there, he worked as a reporter and anchor at CJFB-TV Swift Current, and then News Talk 980 CJME Regina, which led to a more than 10-year stint with Rawlco Radio that saw him become APD in Regina, then program director of news/talk and eventually morning show co-host. He did a short stint hosting afternoons with Harvard Broadcasting in Yorkton, before joining 770 CHQR Calgary as a reporter in Jan. 2017. Since April of last year, he’d been executive producing on the station’s talk show side.

James Hendricks, on Jan. 21. After attending Humber College, Hendricks got his start in broadcasting covering municipal affairs for Rogers TV in Toronto. He moved on to Shaw’s NowTV after a year and then landed in Ottawa in 1998. He was a reporter and anchor for eight years with The New RO and A-Channel, before getting caught up in station downsizing in 2006. He pivoted to Rogers TV where he hosted and produced news magazine “Talk Ottawa” and served as a political analyst and special events anchor until 2014. He was also an on-air contributor to the short-lived Sun New Network. 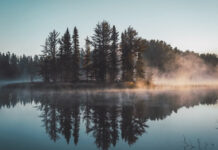 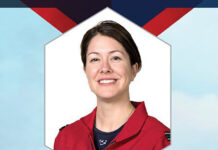 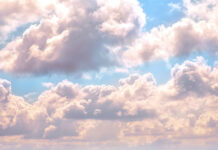