A 1990 graduate of the Radio and Television Broadcasting program at Algonquin College, McDougall started his radio career with Rideau Broadcasting right out of school, as a reporter and anchor for CJET and Q101 (CKBY-FM) Smiths Falls, ON. In the fall of 1991, he moved on to the newsroom at then-Rawlco stations Majic 100 (CJMJ-FM) and Energy 1200 (CFGO-AM). After eight years, he joined CFRA radio where he was an anchor and reporter for 12 years. McDougall was one of the casualties of a significant group layoff at Bell Media Ottawa in Feb. 2012. Most recently, he’d been working with the Canadian Traffic Network (CTN).

Bryan Stone (Ghidoni), on Aug. 23, suddenly of a heart attack.

Stone spent the bulk of his career in Winnipeg, arriving at CFRW 1290 in 1980 from CKLW Windsor. Stone served as news director in the 1990s and later became general manager of the CHUM Group stations in Manitoba, including CFRW and Q94. Clay Young and Tom Milroy shared their memories of working with Stone on CJOB Winnipeg.

Kerry Marshall, on Aug. 26, after a short battle with brain cancer.

Marshall was a well-known morning co-host and news voice on CKLG-FM, CFOX-FM, JACK FM (CJAX-FM), and more recently Roundhouse Radio (CIRH-FM) in the Vancouver market after starting his career with CHUB Nanaimo in 1969. Marshall spent nearly 28 years with CKLG-FM through its call sign change to CFOX, beginning in 1974. Serving as news director and morning show co-host, Marshall worked alongside hosts like Greg Collins, Terry David Mulligan, and Humble Howard. In 2002, he followed morning show team Larry Hennessey and Willy Percy over to Rogers’ JACK FM. Marshall was eventually part of layoffs in 2012 with Larry & Willy’s subsequent contract dispute leading to the dissolution of the morning show. Marshall resurfaced at Roundhouse Radio from 2015 to 2017 as senior news editor and morning news reader. Most recently, he’d been co-hosting the Prattcast podcast with sports radio veteran Dave Pratt. Read more here. 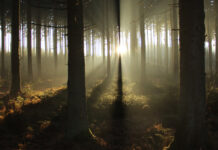 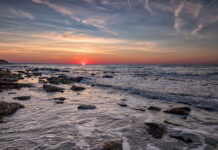