Patrick Grierson, on May 16, after battling an undisclosed illness. With a broadcast career spanning more than 40 years, the radio advertising pioneer retired in 2017 as leader of the largest national radio sales organization in Canada, Canadian Broadcast Sales (CBS). He started his career with Standard Broadcasting in the 1970s and was eventually appointed president of the Standard Broadcast Sales Radio division, following the Slaight family’s acquisition of the company in 1985. In 1987, Grierson founded United Broadcast Sales (UBS), which saw Standard Broadcast Sales merge with Western Broadcast Sales (WIC). He served as President and CEO of UBS until 1993, when he brought together UBS and All Canada to create one dominant Canadian radio sales company. Grierson was honoured by the Ontario Association of Broadcasters (OAB) with its 2015 Ontario Hall of Fame Award. He was inducted into the Western Association of Broadcasters (WAB) Hall of Fame in 2017. Read more here. 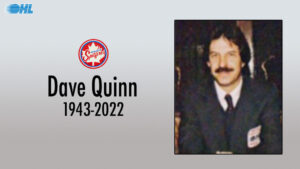 Dave Quinn, 79, on May 16. Quinn got his start in broadcasting as the first radio voice of the Windsor Spitfires on CKWW. Known to many by his nickname “Quinner”, he went on to join Newstalk 1010 (CFRB-AM) Toronto in the late 1980s. Quinn was also known for his Ontario Hockey League (OHL) “Game of the Week” segments on Global TV, hosted alongside OHL executive Sherwood Bassin.

Andrew Simon, 84, on April 28. A Holocaust survivor, Simon immigrated to Canada after escaping Hungary with his parents in 1950. Simon started his career with CBC as a tour guide, going on to report, produce and manage at the public broadcaster. He was the founding producer and creator of national open line radio program Cross-Country Check-Up, alongside producer Moses Znaimer and host Brad Crandall, which began airing in 1965. In 1966, while at CBC Montreal, Simon famously offered Leonard Cohen the job of hosting television current affairs program “Seven on Six.” Cohen was all but signed when he called Simon to tell him he had decided to pursue songwriting. Simon went on to work in management at CBC TV Calgary and later served as Executive Director of Radio Canada International from 1989-91. He took early retirement following the 1990-91 budget cuts.