RTDNA has announced the winners of the 2017 national Edward R. Murrow Awards, recognizing outstanding work produced by radio, television and digital news organizations around the world. Among the Canadian outlets to be recognized at the awards in NYC on Oct. 9 are: 660 News (CFFR-AM) Calgary for Continuing Coverage of the Fort McMurray wildfire; Global News for Excellence in Innovation – Multi-Market Content; and CTV News for Excellence in Sound – Favela Violins.

Melanie Joly, Minister of Canadian Heritage, has announced the creation of an independent committee to recommend qualified candidates to the CBC/Radio-Canada Board of Directors. The non-partisan committee, to be chaired by 45-year broadcasting veteran Tom Clark, is made up of experts in broadcasting and digital technology, and representatives of cultural sectors from across Canada. Prem Gill (BC); Carolyn Warren (Alberta); Janelle Wookey (Manitoba); Colm Feore, O.C. (Ontario); Marc Beaudet (Quebec); Monique Savoie (Quebec); Alanis Obomsawin, O.C., G.O.Q., C.A.L.Q. (Quebec); and Éric Larocque (New Brunswick) are also on the committee.

Outgoing CRTC chairman Jean-Pierre Blais addressed staff for the last time on June 16, reflecting on his five years helming the regulator and the commission’s achievements under his leadership. Blais reiterated why he didn’t re-apply for the post, saying “I’ve done what I set out to do five years ago: to put the CRTC back on the path of building trust with Canadians and developing a world-class communication system with Canadians at its centre.” You can read his full speech here.

The CRTC is eliminating phone unlocking charges as of Dec. 1. All wireless customers will have the right to have their cellphones and other mobile devices unlocked free of charge upon request. In addition, all newly purchased devices must be provided unlocked. As well, updates to the trial period will allow customers who are unhappy to cancel their contract within 15 days and return their device in near-new condition at no cost, as long as they have used less than half their monthly usage limits. The CRTC also clarified certain rules around data overage and data roaming charges.

Mirko Bibic, chief legal and regulatory officer and executive VP of Corporate Development for BCE Inc. and Bell Canada has been named Canadian General Counsel of the Year for 2017. Bibic joined Bell in 2004 as senior VP, Regulatory and has played a key role in the company’s broadband leadership strategy. The Canadian General Counsel Awards, presented by the National Post and ZSA Legal Recruitment, were announced June 15 in Toronto.

Michener Citations of Merit were presented by Canada’s Governor General David Johnston to The Toronto Star, CBC and Radio-Canada for joint submission The Panama Papers, the journalistic collaboration uncovering a sprawling network of offshore tax havens. The Canada Revenue Agency has since initiated 122 audits and dozens of criminal investigations dealing with individuals identified through the Panama Papers leak. You can read more about the 2016 Michener Award honours here. 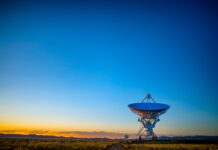 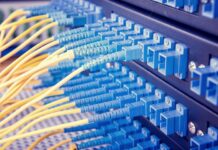