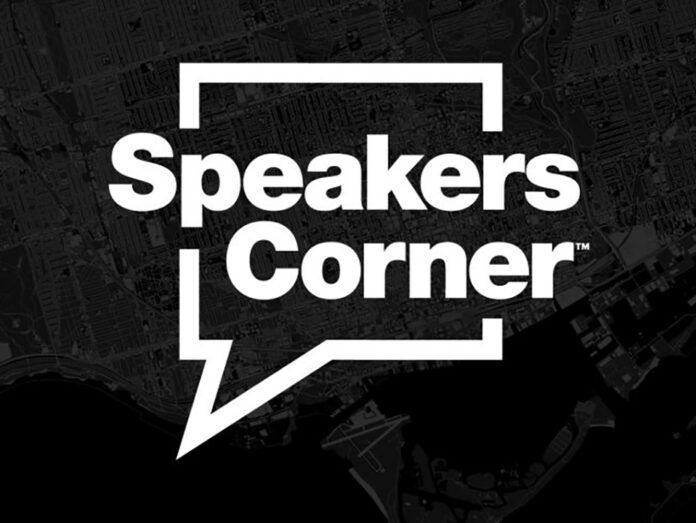 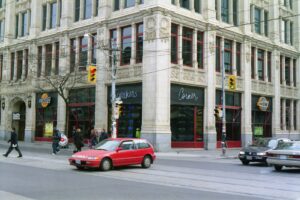 Speakers Corner, the little booth that stood at the corner of Queen St. West & John St. in Toronto from 1990 until 2008, was part of the legend of MuchMusic and the CHUM-City building.

The booth was a video forum for Torontonians or those visiting Toronto to speak their minds on any issue, sing, perform, or in the case of Toronto Argonaut Raghib Rocket Ismail, issue an apology after taking part in a 1991 sideline brawl against the Calgary Stampeders.

Rogers, which now owns Citytv, announced Wednesday that it’s resurrecting Speakers Corner online, to give Canadians a place to talk about the current politically and socially-charged climate as protests continue in the wake of the recent police-involved deaths of George Floyd in Minneapolis and Regis Korchinski-Paquet in Toronto.

“The little booth on the streets of downtown Toronto has been replaced by technology and social media, but it was never about the booth,” the company said in a press release. “It was about giving Canadians a place to be seen and heard and now, amid the current social discord surrounding systemic racism and injustice, there has never been a bigger – or more timely – need for Citytv’s Speakers Corner.”

“With racial inequality, hatred, and discrimination still so prevalent, we as a society must do better. We have a unique responsibility to engage Canadians in conversation through our media assets and help be a catalyst for positive change by amplifying voices that have not always been heard with equal measure,” said Jordan Banks, President, Rogers Sports & Media. “Canada has systemic inequalities, and we must firmly embrace inclusion and equality as it will lead to a stronger and more united society for future generations.”

Canadians are being encouraged to share their thoughts and opinions via video on either the Speakers Corner website or on social media with the hashtag #SpeakUp. Videos will be featured on the Speakers Corner webpage, with some submissions to be shared across Rogers Sports & Media assets including Citytv, CityNews, OMNI Television, Sportsnet, Rogers TV, and Rogers Radio stations across the country.

Rogers Sports & Media has also announced plans to host a virtual CityNews & OMNI Television Town Hall next week, where “prominent Canadians will share their views and opinions on the need for change in the fight against racism and inequality.”