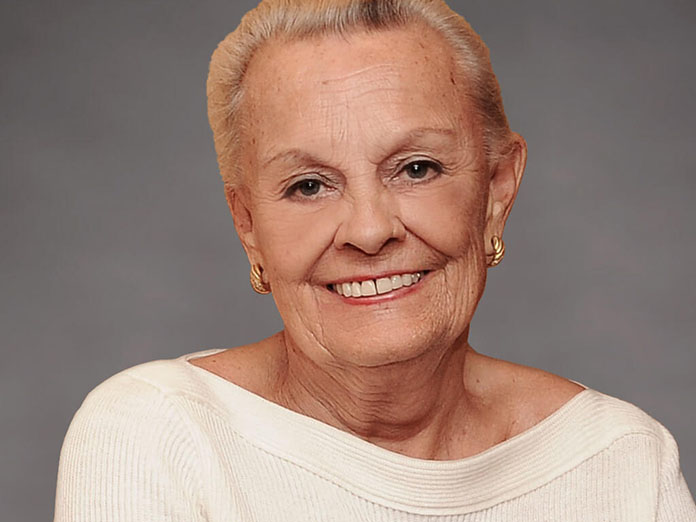 Loretta Rogers, the matriarch of the Rogers family and the co-founder of Rogers Communications Inc. (RCI), passed away Saturday. She was 83.

“Lisa, Melinda, Martha, and I are profoundly saddened by our mother’s passing,” said Edward Rogers, Chairman of RCI, in a statement issued by the company. “We are grieving for an amazing woman who had love and compassion in her heart, kindness in her soul, and who possessed an incredible strength of character. She lived a full and vibrant life and we, like all those who knew her, will deeply miss her leadership and guidance.”

The widow of the late Ted Rogers, Loretta had served as a corporate director of RCI since 1964 and was a member of the Advisory Committee of the Rogers Control Trust. She was one of the family members at the centre of a contentious legal battle for control of the company last fall.

English-born, she was the daughter of Woolworth heiress Maysie Gasque and John Roland Robinson, a Conservative British politician, who was granted the title of Baron Martonmere and later served as the Governor of Bermuda.

She invested her time and support to many charitable endeavours, notably establishing the Ted Rogers Centre for Heart Research in 2014 with a $130 million donation, the largest private donation in the history of Canadian health care. She also founded the Loretta A. Rogers Chair in Eating Disorders at Toronto General & Western Hospital, and the Ted Rogers Family Chair in Heart Function at the Peter Munk Cardiac Centre. She had served on the board of directors of the University Health Network Foundation since 2004, was on the Bishop Strachan School Foundation from 1980 to 2009, as well as President & Director of the Canadian Lyford Cay Foundation since 1980. She had also served on the board of the Robert Bateman Foundation since 2012 and was the founding Director of Toronto eating disorder support organization, Sheena’s Place.

Toronto Mayor John Tory, a member of the Rogers Family Trust Advisory Committee and the President & CEO of Rogers Media from 1995-99, called Loretta “a tower of strength, especially for her late husband Ted as he built one of Canada’s great companies.”

“She was the matriarch of a great family and a generous community builder,” Tory continued. “She was a quiet, warm, strong woman who Ted Rogers often relied upon when challenging times came about, and there were many over the years. Those of us privileged to serve as executives and directors of the Rogers companies as I was, knew that Loretta’s intelligent considered view was a key factor in any Rogers decision.”

Loretta Rogers was a tower of strength, especially for her late husband Ted as he built one of Canada’s great companies. She was the matriarch of a great family and a generous community builder. pic.twitter.com/WVPaMvlt7M

Martha Rogers tweeted Saturday that the family will be publishing a list of preferred charities people can donate to in lieu of sending flowers.

A beautiful soul left us today. She was a one of a kind spirit who spread love like wildfire. In lieu of flowers there’s many charities Loretta preferred getting support. We’ll give a list of those soon. pic.twitter.com/bnntzpXuYo

I am deeply saddened to hear that our Rogers matriarch has left us. Loretta Rogers was always so kind and warm…and giving back to those in need. May she Rest In Peace with her beloved Ted in heaven. My deepest condolences to all who knew and loved her 💔 🙏 pic.twitter.com/Q0m2wSiuDC