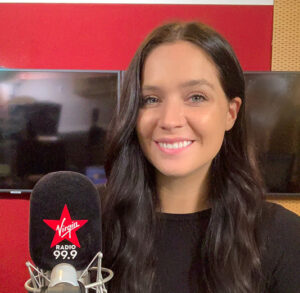 Gurdeep Alhuwalia has left CP24 after five years with the morning show and more than a decade with Bell Media. Alhuwalia started with CP24 as a reporter, anchor and host of CP24 Breakfast Weekend. After a three-year break hosting TSN Sportscentre, he returned to CP24 in 2016. Nick Dixon steps into the CP24 Breakfast anchor role.

Catherine Murray has joined conservative-leaning Canadian news channel, The News Forum, as host of “The Buck Stops Here.” Murray was with BNN Bloomberg for a decade, prior to February’s cuts at Bell Media. She’s also been hosting content on her own YouTube channel and podcast.

Temur Durrani is joining BNN Bloomberg as a national business reporter/writer, based in Toronto. Durrani has been with the Winnipeg Free Press for the last year and a half where he covered economics.

Rick Howe is officially retiring after almost 50 years in radio. Howe, 68, initially stepped away from his News 95.7 (CJNI-FM) morning talk show last May announcing that he was dealing with an undisclosed health issue. An RTDNA Lifetime Achievement Award honouree, Howe’s broadcast career began in 1972 at CKNB Campbellton, followed by stops in Newcastle, Saint John, and eventually Halifax. Howe will return to the News 95.7 studio for one last show on Friday, Sept. 3.

John Divinski has retired after 57 years in radio. Divinski started his broadcast career in 1964 at CJCS Stratford, before moving on to CKSL London; CKJD and Fox FM (CFGX-FM) Sarnia; CJSS and Variety 104 (CFLG-FM) Cornwall and most recently 98 the Beach (CFPS-FM), now 97.9 The Bruce. He spent most of his career in news, but also dabbled in management for Corus Cornwall as Operations Manager from 1997-2000. His last day with Bayshore Broadcasting was Aug. 31.

Bill Dawkins is retiring after 60+ years in radio. Once the General Sales Manager, Station Manager and a minority owner of MAGIC 106 (CIMJ-FM) and 1460 CJOY in Guelph, ON, Dawkins is retiring from his current position as Senior Account Manager. His last day with Corus is Sept. 3.

Mike Katrycz, Vice-President of News at CHCH-TV Hamilton, will be retiring at the end of September after 21 years with the station. Katrycz notably spearheaded the launch of Morning Live in 2001 and helped create all-day news programming in 2009 for CHCH and Channel Zero. He began his career at CFTR-AM (now 680 News) in 1975 as a reporter. He later made the leap to television and CFTO News (now CTV Toronto) in 1980, where he served as reporter and producer for 17 years. He joined Global Toronto in 1998 as Senior Producer of the station’s flagship evening newscast. Katrycz arrived at CHCH as News Director in 2000 and was named VP of News in 2011.

Barbara G. Bell has retired after 26 years with Golden West Radio’s stations in Saskatchewan. Bell started with the company in 1995, working with CJYM Rosetown and Mix 104 (now Country 104.9, CKVX-FM) Kindersley holding roles from office manager to traffic, production and sales assistant. She’d been in station and sales management since 2003.

Pat Gonsalves is retiring after more than 37 years with Corus. Gonsalves’ radio career started in 1977 at CHOO-AM Ajax (now KX-96) in the Creative Department. After a year as Operations Manager, he moved into sales in 1979 and found his way to CKTB and CJQR St. Catherines, and then CKMW Brampton, before landing at Q107 (CILQ-FM) Toronto in 1984. In the early years, he handled the accounts of many of TO’s rock bars like The Gasworks, Nags Head North, Larry’s Hideaway and Hotrocks. He became Retail Sales Manager in the early ‘90s before moving back into an Account Manager role.

Scott Tremaine is retiring after a 32-year career with Corus Entertainment. Tremaine has been a longtime Account Executive with the Global Maritimes sales team, serving Nova Scotia and New Brunswick.

Jon McComb is coming out of retirement to host a weekend morning show across the Corus Radio network. McComb, who stepped away from mornings on 980 CKNW Vancouver in Dec. 2019, will helm “The Announcers” which will see the broadcast news veteran sit down with other talk radio hosts to discuss the week’s headlines.

I’m please to be back on the radio! Starting this weekend I’ll be hosting “The Announcers” on stations across Canada. Each week I’ll sit down with 2 of Canada’s brightest and most opinionated talk radio hosts to take a deep dive into the major stories of the week.

Paul Ferguson has been promoted to Vice President, Programming and Operations, for Starboard Communications which operates 95.5 Hits FM (CJOJ-FM) and Cool 100 (CHCQ-FM) Bellville, ON, and Inquinte.ca. Ferguson has been with the company since 2002, holding roles from on-air to his promotion to Program Director in 2010. Ferguson is a six-time winner of the Canadian Country Music Association (CCMA) Music Director of the Year – Medium or Small Market honour.

Samantha Payne has stepped into the interim Program Manager position at Corus Radio Cornwall, filling in during Bill Halman’s parental leave. Payne arrives from Corus Hamilton where she’s the Programming Assistant, Music Director and an on-air announcer. She’ll continue her Programming Assistant role in Hamilton, while taking on her new role in Cornwall until March 2022.

Shane Michaels has returned to mornings on 93.1 “Leduc’s Best Country” (CJLD-FM) and 88.1 “Parkland’s Best Country” (CKSS-FM). Michaels is back after parting ways with Blackgold Broadcasting in March. He previously hosted afternoon drive on Capital FM (CKRA-FM) Edmonton up until station restructuring in 2018. He’s also done stints at the former EZ Rock (CFMG-FM), as well as The Bear (CFBR-FM) where he hosted under the guise of his alter ego “Sleddog.”

Paul Ouellette is the new Creative and Production Manager for Blackgold Broadcasting’s stations in Stony Plain, Leduc and Ponoka. Ouellette is a former Q99 (CIKT-FM) Grande Prairie Program Director, Music Director and Morning Host. After semi-retiring to Vancouver Island where he worked part-time for Pattison Media’s stations in Nanaimo, he’s now returned to Alberta to be closer to family.

Jeanne Armstrong is the incoming host of CBC Information Morning Fredericton. Armstrong has been with the public broadcaster since 2011, starting as an intern with CBC Ottawa before moving into producing for Ottawa Morning and All In A Day. She’s been a producer on As It Happens since 2017.

Amy (Amelia) Chabot is the new morning show co-host on Surge 105 (CKHY-FM) Halifax, alongside Jeff Brown. Chabot has been with Virgin Radio (CJCH-FM) and Move 100 (CIOO-FM) Halifax since 2015. She also did a previous hosting stint with Energy 103.5 (CKHZ-FM) Halifax.

Lauren Strapagiel is leaving BuzzFeed to join Shopify as a senior writer. Strapagiel had been with BuzzFeed since 2015, holding roles from Managing Editor, Canada to reporting from BuzzFeed’s breaking news desk.

Mickey Djuric is leaving CBC Regina to join The Canadian Press as their Saskatchewan correspondent, effective Sept. 7. Djuric moves into the role vacated by Stephanie Taylor, who is now reporting for CP on Parliament Hill.

Renaud Langlois has been promoted to Senior Director, Digital and Programmatic Operations at Quebecor Expertise|Media. With Quebecor since 2020, in his new role Langlois will be responsible for the entire digital advertising team, including digital programmatic and out-of-home, as well as the commercial data monetization strategy.

MELS has appointed Julie Brabant as Senior Director of Operations, Richard Cormier as VicePresident, Digital Creative Services, and Fréderic Boucher as Vice-President, Equipment Rental Operations. Brabant joins MELS after several years at TVA as Director of Technical Operations, and more than 20 years in key positions at Radio-Canada, Global and Télévision Quatre-Saisons. Cormier is promoted to VP, Digital Creative Services and will also continue to serve as Executive Producer of Virtual Production. He’s been with MELS since late 2020 and has a track record in content creation in Canada and the U.S., including Moment Factory and Buzz Image. Boucher has worked for MELS for 30 years. He was previously director of the camera rental department and now adds the lighting, grip and cabling departments to his responsibilities. 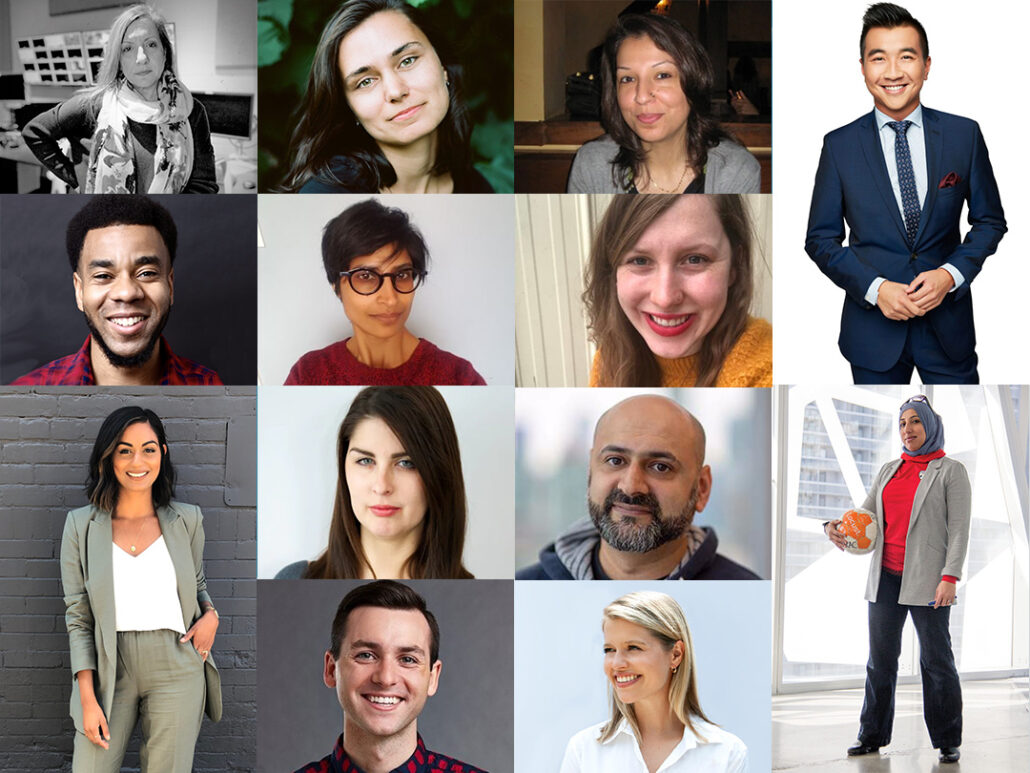