Sherri van der Veen will succeed Michael Fulmes as the news director and station manager at Global Regina, while retaining her duties as news manager at Global Saskatoon. Fulmes is set to retire from Global on Aug. 30. Originally from Calgary, van der Veen first joined Global Saskatoon as a part-time reporter in 2007. After a brief stint reporting for CBC Calgary, she returned to Saskatoon in 2013 to take on the role of assignment editor. She moved into the news manager position in Dec. 2017. van der Veen’s first day on the job in Regina will be Sept. 3.

Alyse Hand has been named the new co-host of Global News Morning on Global Halifax and Global New Brunswick, starting Sept. 3. For the last eight years, up until last December, Hand was a reporter, producer and weather specialist at CTV Halifax. She joins co-host Paul Brothers, who has been with the show since its launch in 2013. Hand fills the role vacated by Andrea Dion, who is currently filling in as a traffic host on CTV Morning Calgary.

Rosie Del Campo is the new weekday anchor of CTV News At Six in Kitchener. Del Campo has been with CTV Kitchener for more than a decade as a videographer and anchor, most recently co-hosting and producing CTV News At Five. She takes over from Meghan Furman, who recently announced a move away from broadcasting.

Tanya Beja is leaving Global BC to take a public sector communications job. Beja had been reporting with the bureau for a decade.

Billy Shields has joined CTV Montreal as a VJ. Shields had been a photojournalist with Global Montreal since 2011. Prior to that, he was a staff writer for newspapers in Mexico, the Caribbean and Miami.

Shaun McMahon has aired his last weekend show on The Beat 92.5 (CKBE-FM) Montreal. McMahon wrote in a Facebook post that Cogeco has decided not to renew his contract after 10 years with the station group. McMahon started with Q92 in 2010 and had most recently been hosting swing and weekend mornings.

Brian Hamilton has been promoted to General Sales Manager of Durham Radio stations KX 94.7 (CHKX-FM) Hamilton and 92.9 The Grand (CHTG-FM) Caledonia. Hamilton has spent the past eight years with Durham, succeeding Wally Sollows in the role. Sollows, who had been GSM for the past decade, wraps up a nearly 40-year radio sales career including 17 years with CKLH-FM, CKOC, and CHAM, and 10 years with CHML, Y108 (CJXY-FM) and CING-FM Hamilton.

Dominque Gelineau has been appointed general manager of OverActive Media’s new Toronto Call of Duty esports franchise. Gelineau is already a top all-female team coach and commentator with the league and one of only four female in-game commentators in the history of Call of Duty esports. She’s previously worked in HR, recruitment and program development for companies including Best Buy Canada and Activision (Demonware). 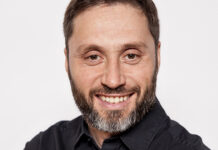 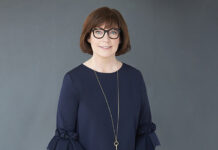 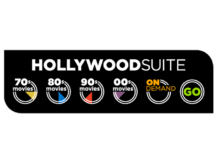