Shawn Simpson has been named as the new permanent morning co-host on TSN 1200 (CFGO-AM) Ottawa following a tumultuous week for the TSN Radio outlets in both the nation’s capital and Vancouver. Simpson will host the morning show alongside John “JR” Rodenburg, who also serves as the station’s program director, and Matt Hamer. The former Washington Capitals 1986 draft pick has been with the station since 2012, co-hosting “The Drive.” His appointment comes following cuts last week that included morning co-host Steve Warne, who had been with the station for 19 years; producer James Abson, a 20-year employee; and morning Sportscentre anchor Dean Roberts, who’d been with TSN and sister station 580 CFRA, since 1996.

TSN 1040 (CKST-AM) Vancouver has unveiled a new weekday lineup. Starting Monday, Apr. 1, Halford & Brough, featuring co-hosts Mike Halford and Jason Brough, will move from mid-mornings into the 6 – 10 a.m. PT timeslot. Donnie & The Moj, featuring veteran co-hosts Don Taylor and Bob “The Moj” Marjanovich, will air from 10 a.m. – 2 p.m. PT. Matt Sekeres and Blake Price will continue to co-host weekday drive, but the show will be bumped up an hour, airing between 2 and 6 p.m. PT. Last week, morning show host Dave Pratt, who’d been with the station since 2013; rotating co-host and colour commentator Dave Tomlinson, who had been with TSN for 15 years, and producer Curt Appleby, were caught up in layoffs at the network. Veteran sports writer Lowell Ullrich, who had been a freelance B.C. Lions reporter for the station since 2001, has also learned he won’t be returning to the Lions broadcast booth this year.

Scott MacArthur is the new host of post-game, call-in show Blue Jays Talk on the Sportsnet Radio Network. MacArthur will also serve as third-in-the-booth, alongside play-by-play tandem Ben Wagner and Mike Wilner, and contribute to multi-platform Blue Jays coverage. MacArthur had been host of the weekday afternoon “Scott MacArthur Show” on TSN 1050 (CHUM-AM) Toronto for the last two years and with the TSN network since 2011.

Kerrin Lee-Gartner has signed off from a 25-year broadcast career as a Canadian skiing analyst. Lee-Gartner remains the only Canadian to have won an Olympic downhill title at the Albertville Games in 1992. After retiring in 1994, she broadcast her first races that same year for CBC. In all, she’s called hundreds of World Cup races and has been an analyst at five Olympics for CBC and one (Vancouver 2010) for the BBC.

Adam Haga has left 1310 News (CIWW-AM) Ottawa. Haga first joined 1310 News in Apr. 2016 as an intern, and then spent a year and a half with sister station 570 News (CKGL-AM) Kitchener as a reporter and anchor before returning to Ottawa in late 2017. Haga had been primarily producing The Rick Gibbons Show. He’s moved on to a marketing job with OakWood Homes.

William Lou is joining Yahoo Sports as a reporter covering the Toronto Raptors. Lou has previously been an NBA features writer for The Score and contributor to Raptors’ blog Raptors Republic.

Darrin Laidman and Colleen Rusholme have been released from mornings on Hamilton’s 95.3 Fresh Radio (CING-FM). Laidman had been with the Corus-owned station 20 years, Rusholme for eight. Samantha Payne aka “Producer Sam” remains with the morning show. 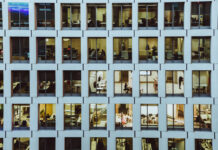