Virgin Radio Toronto (CKFM-FM) has released almost its entire on-air lineup, amidst speculation Bell Media is gearing up for a brand flip. Tucker In The Morning with Maura Grierson and Andy Wilson has been cancelled after the show’s 3.5 year run. Also let go were midday host Kella Duncan, Will Nash, and Tessa.

Lynn Colliar is stepping away from Global BC to spend more time with her family. Colliar has been an anchor and reporter with the station since 1991, starting as a feed taker. She was on the crime beat for eight years and then anchored the Morning News until the fall of 2010 when she went back to investigative reporting. Most recently, she was anchoring The Weekend Morning and Noon News with Jay Janower. Watch Janower’s on-air tribute to Colliar here.

Virgin Radio Edmonton’s (CFMG-FM) morning show was also a casualty with Chelsea Bird and Ian MacKinnon let go. The duo had been hosting together since 2015. Bell Media would not confirm the number of staff eliminated and which radio and television stations were affected by Tuesday’s cuts. Scott Henderson, VP of Communications, released a statement to Broadcast Dialogue saying “The changes reflect the financial pressures facing Bell Media and the overall broadcasting sector as we confront rapid technological change and growing international competition for both viewers and advertising revenue.” Read the full story here.

Brian Goldsmith, longtime Chief Operating Officer at Lionsgate, has signed a new long-term agreement. Goldsmith’s accomplishments over the last 15 years include overseeing the studio’s acquisitions of Starz and Summit Entertainment. Goldsmith joined Lionsgate through the company’s 2007 acquisition of Mandate Pictures, where he served as both COO and CFO. Prior to that, he worked as an analyst and strategic planner at Sony Pictures.

Kelly Linehan is leaving CTV Atlantic to spend the next year with CP24 in Toronto. Linehan had been with CTV Halifax the last three years. She spent the previous four years as the social media reporter at CTV Morning Live in Winnipeg and before that was an anchor and reporter at CKPG-TV Prince George.

Wendy Wright has made the move from Bell Media Ottawa stations MAJIC 100 (CJMJ-FM) and 580 CFRA to Bell’s iHeartRadio station in Brockville, ON. Wright is filling in as music director and afternoon drive announcer at 104.9 JRFM (CFJR-FM), while MJ Mari is off on maternity leave.

Brian Scott is retiring from 98.3 FLY FM (CFLY-FM) Kingston after a long battle with cancer. Scott’s radio career started in 1981 with stops at the original CISS-FM Toronto and Energy 1200 (CFGO-AM) Ottawa. For the last 13 years, up until this past April, he’s been hosting the FLY FM morning show despite a 2006 cancer diagnosis. In a final interview with the station on Nov. 14, Scott said the cancer has now spread to his brain, affecting his speech and energy levels. Listen here.

David Croal, CBC Vancouver’s Business Development Manager, has retired. Croal moved to Gibsons, BC in 1979 to work on The Beachcombers and never left. Between stints in operations and other departments with the CBC, David has worked in property management and the freelance film and commercial industry. He now serves as a councillor for the Town of Gibsons.

Steve Berry is leaving CBC Nova Scotia for a new opportunity. Berry started with CBC Halifax in 2010 as a camera operator and has been a VJ for the last two years.

Amanda Wawryk will join John Ackermann as co-anchor on the News 1130 (CKWX-AM) morning show, starting in January. Wawryk has been with News 1130 since 2007, most recently as afternoon co-anchor. 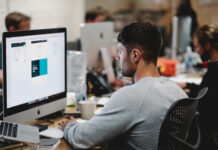