Joe Natale joined Rogers Communications as president and CEO on Apr. 19 after a confidential agreement was reached with TELUS Corporation to secure his early arrival. Natale most recently served as president and CEO of TELUS where he held progressively senior roles since joining the company in 2003. He was appointed to the Rogers board at its Annual General Meeting this week.

James Roberts has announced he’ll be retiring from his position as director of distribution and market development at the National Film Board of Canada, effective May 2018. Roberts has been with NFB since 1983. The recruitment process to replace him is already underway.

Martin Tremblay has been re-hired by Bell Media to lead the Énergie (CKMF-FM), Rouge FM (CITE-FM) and Virgin Radio (CJFM-FM) Montreal stations. Tremblay is essentially returning to the same position he held from 2008 to 2014 which he left to become interim PD at The Beat (CKBE-FM) a year ago. Tremblay starts his new job in August.

Chris Bury has added CHOM-FM Montreal to his PD duties. Bury had been PD and news director for CJAD-AM and TSN 690 (CKGM-AM) since 2010. CHOM had been without a program director since Oct. 2015 when Andre Lallier passed away.

Former Magic 96.7 (CJWV-FM) Peterborough morning man Dan Duran has a recurring role on the ABC television series Designated Survivor, which airs on CTV in Canada. Duran appeared near the beginning of the Apr. 12 episode as White House reporter Joel Estevez. Duran’s former Magic 96.7 co-host Linda Kash is also playing a recurring role in a hit TV series, appearing in Season Three of FX’s Fargo, which premiered on Apr. 19. Meanwhile, Duran made his return to the Peterborough airwaves on Apr. 18 as CHEX-TV’s new weather analyst. 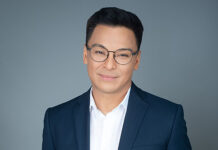