Bell Media has named Randy Lennox as its president following the departure of Mary Ann Turcke who is leaving for an opportunity with the National Football League. Lennox, a former executive at Universal Music Canada, has been with Bell since 2015 as president of content and broadcasting. Turcke was appointed Bell Media president in April 2015, replacing Kevin Crull. She joins the NFL as president of its Digital Media and NFL Network, based in Los Angeles.

102.1 The Edge (CFNY-FM) Toronto has rolled out a new lineup and new logo. The new morning show has been dubbed Edge Mornings with Melani (Mariani) & Adam (Ricard). Mariani had been part of the (Fearless) Fred and Mel weekday mornings show. Fearless Fred moves to afternoons, while Alan Cross’ weekday show has been bumped from early afternoons to the 6 to 7 p.m. slot. Cross’ Ongoing History of New Music program remains in its Sunday evening time slot.

Roundhouse Radio (CIRH-FM) Vancouver has re-appointed Kerry Marshall as news & content director following the departure of Marcella Bernardo, who as Broadcast Dialogue previously reported, returns to News 1130 (CKWX-AM) this month as a reporter/producer. Marshall is best known for his time as a morning newsie on JACK-FM (CJAX-FM) and CFOX-FM Vancouver. Krystle Landert, who has been with the independent station since 2016, will fill the role of assistant news & content director.

Joel Lefevre is the new overnight anchor at News1130 (CKWX-AM) Vancouver.  Lefevre was most recently an anchor/writer at iNews 880 (CHQT-AM) Edmonton, but is best known as a contestant on Big Brother Canada Season 4 where he finished in the top five. Paul Weisser, who had been with the station off and on since 2000, has left to pursue opportunities outside of radio.

Bruce Rainnie is leaving CBC P.E.I. Rainnie will end 13 and a half years on the anchor desk at CBC News: Compass on April 28. Rainnie has accepted a new job as executive director of the Nova Scotia Sport Hall of Fame in Halifax. Rainnie has been with CBC since 1995. In addition to hosting CBC News: Compass, he is known for his work with CBC Sports, including covering seven Olympic Games. CBC says the search for a new Compass host is already underway.

Meanwhile, Kevin “Boomer” Gallant is retiring from CBC News: Compass after 31 years as the weather specialist. Gallant will retire April 28. He started doing weather for Compass on a fill-in basis in August 1986. Gallant plans to stay on P.E.I.

Jeff Winskell, program director for 97.7 HTZ-FM (CHTZ-FM) and NewsTalk 610 (CKTB-AM) St. Catharines, ON has accepted a new role within Bell Media and will be moving to Kelowna to oversee 22 stations throughout the B.C. Interior as group PD, succeeding Mark Burley. Winskell, who previously was assistant regional brand director for Astral Media in Kelowna, takes up the new position at the end of the March.

Pink Triangle Press has appointed David Walberg as executive director, effective April 3. Walberg will lead a team of 55 staff in Toronto, Montreal, Ottawa and Vancouver. Walberg has worked at PTP for more than 25 years, and is currently its digital chief executive. He succeeds Ken Popert, who has helmed PTP since 1986. Founded in 1971, Pink Triangle Press produces LGBT journalism at DailyXtra.com, operates the gay adult dating website Squirt.org and has produced a number of television projects, including the travel show Bump! and The Gayest Show Ever.

Dejero has named Bruce Anderson its new CEO, taking over from Brian Cram who has headed the company for the last five years. Hailing from Zimbabwe, Anderson is a veteran senior executive, most recently for global commodity producer and trader firm Glencore. Cram remains an investor in the Waterloo-based company, an innovator in cloud-managed solutions that simplify the transport of live video and real-time data across remote or mobile IP networks.

CHEX-TV’s Mike Judson has signed off from the Peterborough station after five years as weather analyst and host/producer of CHEX Daily. Judson is leaving to host a morning radio show in the city, but isn’t saying just where yet. The Thornhill, ON native previously spent time at stations in Antigonish, NS, Calgary and Lindsay, ON before landing in Peterborough at Country 105 (CKQM-FM), Energy 99.7 (CKPT-FM) and Magic 96.7 (CJWV-FM).

Dan O’Toole and Jay Onrait will return to TSN this fall. SC WITH JAY AND DAN will air weeknights at midnight ET. The Canadian duo’s nearly four-year run on the Fox Sports 1 network came to an end last week when Fox announced Feb. 22 was the final edition of the Los Angeles-based Fox Sports Live show, which debuted in Aug. 2013. Fox opted not to renew their contracts, which are up at the end of March. O’Toole and Onrait landed at Fox after a long stint co-hosting TSN’s SportsCentre from 2003 to 2013.

Annabel Slaight is retiring from the Shaw Rocket Fund as chair of the Board of Directors. Slaight, who co-founded OWL magazine in 1976, has spent 18 years with the fund, helping evolve it as a driver of Canadian children’s programming. Slaight passes the torch to senior broadcast executive Christine Shipton. Most recently, Shipton served as chief content officer, chief creative officer and SVP of content for Shaw Media. Christine has also held senior positions with The W Network, Blueprint Entertainment, Landscape Entertainment Canada, Alliance Atlantis Television and Alliance Communications. 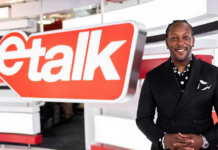 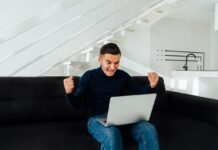