CBC News says it’s expanding its commitment to local news by creating 14 new positions across the country, focused on deepening community connections. The new hires will be concentrated in medium and small market bureaus, like Lethbridge and Grande Prairie. In B.C., two new video journalists will be recruited, one stationed in Cranbrook and another in Nanaimo. In Ontario, Brampton and Kingston will each have new permanent reporters, with a community producer to work out of CBC London to strengthen the public broadcaster’s coverage in Southwestern Ontario. New community producers will also be hired in Quebec and Atlantic Canada, with an Indigenous journalist position to be made permanent in Quebec. CBC Indigenous will add two new journalists – one in Manitoba and one in Saskatchewan. CBC North is creating two new positions in Iqaluit to support Indigenous language programming. Read more here. The Public Interest Advocacy Centre (PIAC) and the National Pensioners Federation (NPF) have filed a petition to the federal cabinet to set aside a CRTC decision to approve Rogers’ acquisition of Shaw’s broadcasting assets. NPF-PIAC has raised concerns about the impact of the acquisition on affordability of TV services, especially for Shaw’s current TV-only customers who subscribe solely to cable or satellite TV without any underlying or additional internet services from Shaw.

The CRTC failed to respect disclosure laws regarding chair Ian Scott’s meetings with telecom lobbyists and executives, according to a series of determinations by the Office of the Information Commissioner. TekSavvy revealed the finding in its blog, detailing how the commission took nearly eight months to provide records related to Scott’s meetings. While TekSavvy’s requests under the Access to Information Act were filed in June 2021, they were only partially fulfilled in February this year. The Information Commissioner determined the CRTC failed to respond to the request not only by the statutory due date, but also by their own extended due date. As such, it was in refusal of its obligations under the Information Act. 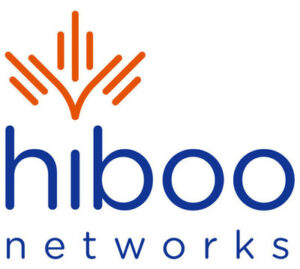 Hydro Ottawa Holding has announced Hiboo Networks, the region’s first municipally-owned internet service provider offering high-speed fibre optic network services to over 6,000 mid-to-large enterprises across the cities of Ottawa and Gatineau. Network services will initially be made available to area universities, schools, hospitals, as well as to large commercial and industrial customers before being extended to the broader business community. 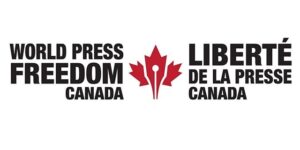 Fatima Syed and Tai Huynh, editor-in-chief and publisher of Toronto online startup, The Local, have been declared joint winners of the 2022 Press Freedom Award by World Press Freedom Canada (WPFC). At the height of the COVID-19 outbreak, Syed went to Peel Region to report on the impact the virus was having on the community, which is dominated by immigrant and front-line workers. Her groundbreaking series of articles led the national media to focus on Peel, while Huynh secured funding from the Vohra Miller Foundation to finance more coverage. WPFC also awarded a press freedom award citation of merit to Kathleen Martens, a digital reporter for APTN. Martens has spent years pursuing stories of sex assault and harassment in the Indigenous community, including a 2021 article revealing assault charges against a prominent Indigenous healer. Stephanie Nolen is the winner of the Spencer Moore Award for Lifetime Achievement for her body of work as a foreign correspondent at Globe and Mail. Nolen is now with the New York Times.

The Canadian Journalism Foundation (CJF) has announced Wendy-Ann Clarke, Kiernan Green, Dorcas Marfo and Ashleigh-Rae Thomas as recipients of the Black Journalism Fellowship Program in partnership with CBC/Radio-Canada, CTV News and the Investigative Journalism Bureau (IJB). The fellowship program aims to amplify Black voices, improve coverage of Black issues in the news and cultivate future Black media leaders. Each fellowship provides a unique opportunity for an early-career Black journalist—with one-to-five years’ experience—to be hosted for six months at a CBC/Radio-Canada (English and French), CTV News, or at the IJB at the University of Toronto’s Dalla Lana School of Public Health. The four fellows will receive mentoring and training for a variety of skills, including video and audio editing, writing, research and investigative reporting. 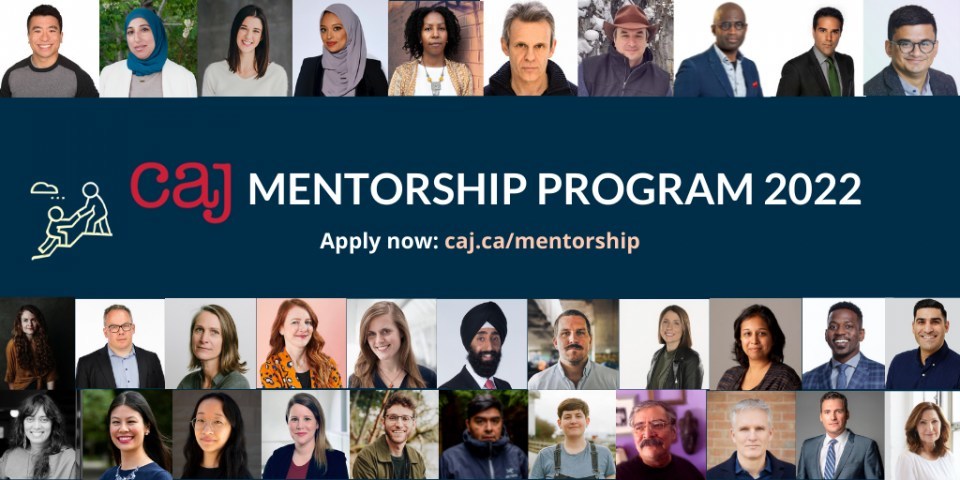 The Canadian Association of Journalists (CAJ) has announced the 108 successful applicants for the fifth round of its Mentorship Program for Journalists. In the coming weeks, mentees will work with mentors from across the country who work in radio, television, audience engagement, photojournalism, digital, and print publications. This round of mentors includes Ginella Massa, Evan Solomon, Rick Westhead, Jayme Poisson, and Bhupinder Hundal, among others. Applicants who did not match in this round are strongly encouraged to apply for the next session this summer. Journalists interested in mentoring for the next edition of the program are encouraged to get in touch with CAJ. Read more here.

The Jack Webster Foundation, in partnership with B.C. Lieutenant Gov. Janet Austin and with the support of the Government House Foundation, has announced Francesca Fionda as the inaugural recipient of the Lieutenant Governor’s B.C. Journalism Fellowship. Fionda has been awarded $25,000 to produce a long-form piece of journalism that will explore the gaps in support for evacuees of disasters in British Columbia. The Tyee has committed to publishing Fionda’s work later this year.