The CRTC has been allocated $8.5 million in the federal budget to develop a regulatory regime if Bill C-18, the Online News Act, becomes law. Covering the reuse of journalism by digital giants like Google and Facebook, some critics are concerned about the role of the CRTC with former Vice Chair Peter Menzies telling The Globe and Mail that putting the commission in charge of a framework for negotiating deals between news outlets and tech giants is “like putting a baseball umpire in charge of a soccer game.” Shaw Communications has announced consolidated financial and operating results for the quarter ended Feb. 28. On a year-over-year basis, consolidated revenue decreased by 2.0% to $1.36 billion, adjusted EBITDA decreased 0.8% to $632 million and net income decreased 9.7% to $196 million. In the second quarter, the company added approximately 16,900 new Wireless customers. Second quarter Wireless revenue decreased 3.9% to $323 million and adjusted EBITDA increased 26.8% to $123 million compared to the second quarter of fiscal 2021. Wireless service revenue grew 9.2% due to continued subscriber growth, partially offset by lower ARPU as the company continues to scale its lower revenue Shaw Mobile customer base. 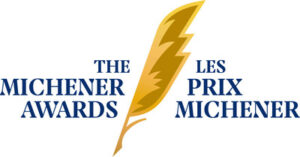 The 2022 Michener – Deacon Fellowships for Investigative Journalism will be awarded to Stéphane Blais, an environmental journalist with The Canadian Press, and freelance journalist Rob Csernyik. Blais’s project will focus on lithium, a high-demand element used in manufacturing electric batteries. The mines are mainly in Indigenous territories and little is known of their environmental and economic impact. Csernyik’s project seeks to identify how the toxic relationship between gambling and suicides has evolved, and investigate what, if anything, governments and public health authorities are doing to address the problem. 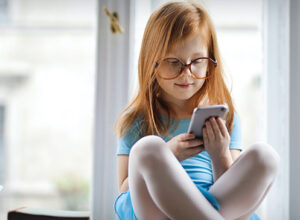 MTM JR. has released a report on children and their usage and ownership of cell phones.  The report finds two in five Canadian kids, aged 2-17, own a cell phone and 60% have used one in the past month. Although usage (87%) and ownership (81%) are the highest among teens, 39% of kids aged 2-6 have used a cell phone in the past month. Apple is the most popular brand among kids with 64% owning an iPhone, followed by Samsung (24%). 41% of children have either talk, text and data plans for their phones, while 34% have just a talk and text plan. MTM also found children prefer watching video content on bigger screens, such as TV sets, tablets or computers/laptops. Only 5% of children cited smartphones as their preferred device for watching SVOD services like Netflix or Disney+.