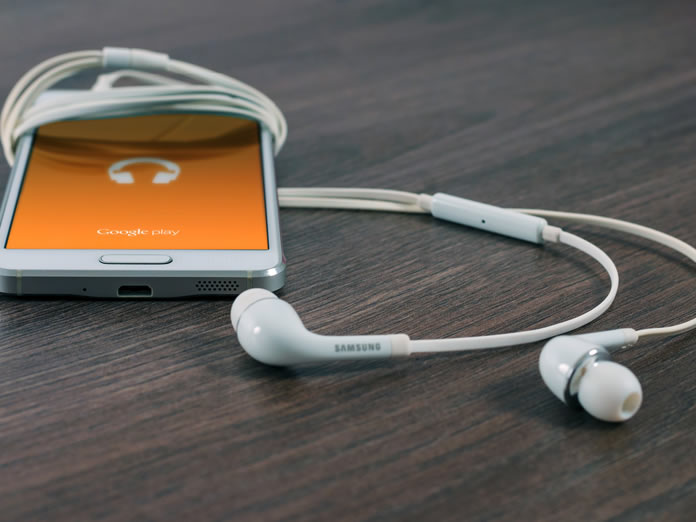 Soft 103.9 (CKOO-FM) Kelowna is expected to go off the air Friday after filing for bankruptcy. The station is believed to be the first Canadian radio outlet to do so as broadcast, print and online media face COVID-19-related ad revenue challenges. Owned by Avenue Radio Ltd., Glacier Media was set to acquire Soft 103.9 for $2 million, pending CRTC approval. The station’s talent lineup includes veteran Kelowna broadcaster Gord Vizzutti on mornings, Ryan Watters on afternoon drive, and Kevin Rothwell on weekends.

Cogeco Media, which owns 23 radio stations across Quebec, is laying off 130, almost a quarter of the company’s staff. The layoffs, blamed on a downturn in advertising revenue, are mostly contained to off-air positions, including sales, promotions and accounting. For the time being, programming on Rythme FM in Sherbrooke and Trois-Rivières will be replaced by network shows out of Montreal, with the exception of local news. At FM93 (CJMF-FM) Quebec City, about a dozen employees have been temporarily laid off, including on-air personalities Doc Mailloux, Josey Arsenault, and Dany Poulin. The morning show, hosted by Stéphan Dupont, will be extended by a half hour, among other programming changes. The CRTC has approved a temporary FM transmitter for CKDY 1420 AM in Digby, NS, owned by Maritime Broadcasting System (MBS). The station was knocked off the air after the theft of copper and equipment from its transmission site. A new 50W transmitter at 99.7 FM will allow it to get back on-air.

The CRTC has granted a six-month extension to Oct. 20, 2020 for Radio Dhun, the owners of CFAJ 1220 AM in St. Catharines, to launch. The station was first approved in 2016. Radio Dhun says transmission equipment has been installed and testing is underway. The commission has also granted an extension to May 2021 for Faith Baptist Church in Sydney, NS to launch its Christian FM music station serving Greater Sydney.

Marilyn Denis has launched a new podcast from Bell Media Studios she’s hosting from her home. Marilyn Denis Does A Podcast is conversation-driven, tackling the “unprecedented times Canadians and the rest of the world are trying to navigate.” Making its debut Apr. 1, Denis’ first guest was family therapist Joe Rich offering practical advice on the challenges many families are facing during isolation. Future guests will include designer Debbie Travis, actress Andrea Martin, TV personality Carson Kressley, and TV host Daphne Oz, among others. New episodes will drop every Monday, Wednesday, and Friday.

Bob Layton, News Manager for Corus Radio Edmonton, celebrated 50 years in broadcasting on Apr. 3. In his current role, Layton manages news programming for 630 CHED, Global News Radio 880 Edmonton, 92.5 The Chuck and CISN Country. Born in England, Layton was raised in Alberta and graduated from the Columbia School of Broadcasting in 1969. Layton began his career with CKNL Fort St. John, BC in 1970 and started with 630 CHED the following year. He was named News Manager, Radio in 1994. Layton is an RTDNA Lifetime Achievement Award recipient and was inducted into the Western Association of Broadcasters’ Hall of Fame in 2018. LIFE 100.3 (CJLF-FM) Barrie held its annual Sharathon fundraiser, Mar. 25-27, from its studios. In a normal year there would be dozens of volunteers manning the phones, and pastors and artists in-studio. Sharathon still wrapped the event reaching 90% of its monthly goal and 85% of its one-time goal. LIFE 100.3 has repeater stations in Owen Sound at 90.1FM, Peterborough at 89.3FM and Huntsville at 98.9FM.

SiriusXM is offering free access to its full lineup of Premier Streaming content to listeners in North America through May 15. Howard Stern kicked off Stream Free Apr. 1 while hosting The Howard Stern Show, on channel 100, from his home. Anyone who is not already a SiriusXM subscriber can download the SiriusXM app or go to SiriusXM.ca/streamfree and start listening. Listeners can access more than 300 channels, including #StayHome Radio (channel 179), a feel-good, ad-free music channel featuring artists like Lizzo, Coldplay, P!nk and Bob Marley. SiriusXM is also bringing back The Billy Joel Channel, Dave Matthews Band Radio, and a new channel featuring the Top 1,000 songs across multiple genres.

Crackdown, a podcast about the drug war covered by drug users themselves, is the winner of the 2020 Hillman Prize. Hosted by Garth Mullins, Crackdown won for its investigative reporting on a B.C. government move to transition nearly 15,000 methadone patients from so-called “compound methadone” onto a new, pre-concentrated “Methadose.” To stave off withdrawal, many turned to heroin. Honourable mention went to Les Accents, produced by the ONFR+, the online current affairs unit of TFO. The five-part web series explored how different French accents are perceived in Ontario and how that impacts one’s choices and opportunities.

Lisa Keys and Erin Setch are among the Canadians named to the Benztown 50, which annually lists the top 50 imaging voices in North America. This year, Benztown also recognized six emerging voices including Canadians Gary McClenaghan, Ron Tarrant, and Amanda Madi, along with Staxx, Bob Schmidt, and Oscar Vasquez.

Podsights has released aggregate data that indicates podcast listening is holding steady. News podcasts are seeing the biggest gain, followed by Health and Fitness and Education, while Sports is the clear loser. Download times are also shifting from peaking in mornings in February to later in the day in March. On the advertising side, Podsights forecasts that Q2 revenue will be down about 20%, with quite a bit of podcast media now being pushed to Q3 and Q4. 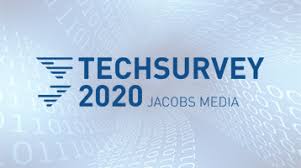 Jacobs Media has released its annual TechSurvey which has the participation of more than 500 commercial radio stations in the U.S. and Canada. Collected online from Jan. 7 to Feb. 9, television and video were at the top of the TechSurvey pyramid, with 95% tuning in at least one hour a day. AM/FM radio use edged down from 91% daily to 90%, while radio and music apps grew from 65% to 69%. Weekly audio streaming jumped from 59% to 65%. The survey also found that YouTube dipped in popularity among respondents, falling from 48% to 41%. Among Radio listeners, 44% are listening in-car, while about 21% tune in at home, work or school.

LISTEN: On the latest Sound Off Podcast, Matt Cundill’s guest is Sunni Puric, a host at Rhythmic CHR station WPGC 95.5 in Washington, D.C. Puric spent her teen years in a Bosnian refugee camp, didn’t learn English until her family moved to the States, and now is living the “American Dream” on-air in the nation’s capital.