Rogers Sports & Media is expanding its SONiC RADiO brand as it introduced the alternative format to Vancouver and the Fraser Valley Thursday morning. Launching on the former KiSS-branded stations 104.9 Vancouver, 107.5 Chilliwack, and 92.5 Abbotsford, and online at sonicradio.ca, and the Radioplayer Canada app, the SONiC RADiO brand has been heard in Edmonton since 2005. Its playlist includes artists like Florence & The Machine, Foo Fighters, 21 Pilots, The Lumineers, Green Day, and The White Stripes. The brand makes its debut in the Lower Mainland with a talent lineup led by modern rock radio veteran Angela Valiant, former midday host on X92.9 (CFEX-FM) Calgary and X100.7 (CKEX-FM) Red Deer and 102.7 The Peak (CKPK-FM) Vancouver afternoon drive personality. She’ll be heard weekday mornings from 6 to 10 a.m. PT; followed by Alex Carr in middays (10 a.m. to 2 p.m. PT), an alum of CFOX Vancouver, 102.1 The Edge (CFNY-FM) Toronto, X92.9, and The Peak, who also hosts middays on Rogers’ JACK 96.9 (CJAQ-FM) Calgary. Former The Edge personalities Carly Meyers and Jay Brody will be heard in afternoon drive (2 p.m. to 6 p.m.); with former X92.9 hosts and current JACK 96.9 Calgary afternoon drive team Marc Michaels and Katlynn Millions in evenings (6 p.m. to 8 p.m. PT). Millions will also be heard on weekends, in addition to Graham Clark, Garner Andrews, Darren Worts, and Andrew Berridge. Read more here. 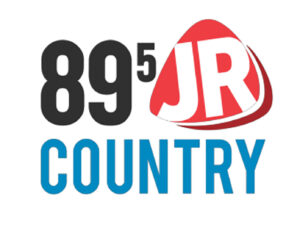 Mel Warner, the host of CFRO Co-op Radio’s Caribbean Sounds for the last 30+ years, was inducted into the B.C. Entertainment Hall of Fame as a pioneer in a ceremony at the Commodore Ballroom on June 23, fittingly ahead of The Wailers concert. Warner is also a music promoter, whose company Melo Productions paved the way for ska, reggae and other acts to play in Vancouver. 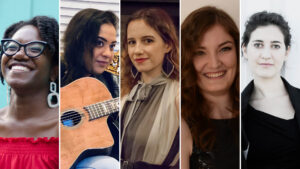 JAZZ.FM91 (CJRT-FM) Toronto has announced the second season of Discover Women in Jazz. In partnership with the Pat and Tony Adams Freedom Fund for the Arts, the outreach program promotes and champions women’s contributions to jazz as musicians, writers and bandleaders. The second edition features five musicians from the Greater Toronto Area selected by a panel that includes Colleen Allen, Céline Peterson, Dione Taylor, Aline Homzy and Discover Women in Jazz alumnus Reknee Harrett. Concerts in the series will be broadcast live every Thursday from 7 to 8 p.m. ET between Aug. 4 and Sept. 1, in addition to Jazzology episodes showcasing each participant in conversation with Heather Bambrick in the leadup to their live performance. 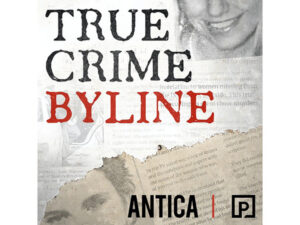 Antica Productions and Postmedia Network have formed a strategic content partnership that will see podcasts and unscripted television and film adapted from Postmedia journalism. Toronto-based Antica will represent Postmedia stories for adaptation as streaming properties with Stuart Coxe, Antica Productions President, and Erika Tustin, Senior Director of Content Monetization at Postmedia, leading the partnership. Kathleen Goldhar, former Executive Producer of CBC’s The Current, will oversee the partnership on behalf of Antica, while Chris Gallipeau, Director of Audio and Video, and Andrea Hill, Director of Verticals, will do the same at Postmedia. The first podcast under the deal is True Crime Byline, a six-part series premiering this week hosted and executive produced by Goldhar, that features Postmedia journalists like the National Post’s Tom Blackwell and Joseph Brean, Montreal Gazette reporter Jason Magder, and the Regina Leader-Post’s Barb Pacholik, discussing their work on career-changing stories and the cases that continue to haunt them. The first episode, with Lori Culbert of the Vancouver Sun, dives into the paper’s investigation of serial killer Robert Pickton. Read more here. 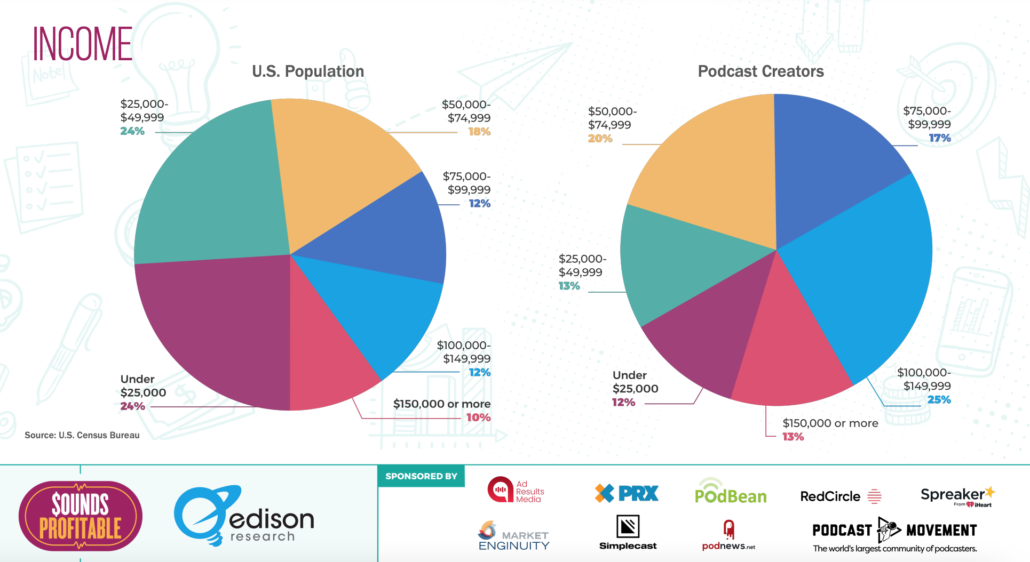 Sounds Profitable, in partnership with Edison Research, has put together the first credible study of the profile of podcast creators in America. The Creators finds the space is dominated by men who account for 69% of podcast creators. By age, 33% of creators are 25-34; 28% are 35-44; and 25% are 18-34. Just two per cent of creators are 55+. Other highlights include that 40% of creators hold advanced degrees. 73% of those surveyed are employed in podcasting full-time with 25% earning between $100,000 and $149,000 a year.

LISTEN: Nancy Regan is best-known for her 15-year hosting stint on highly-rated ATV/CTV Atlantic supper-hour lead-in Live at 5…a job she literally fell into after university. Growing up in the spotlight as the daughter of Nova Scotia Premier Gerald Regan, she found herself addicted to approval, which compounded a lifelong struggle with perfectionism. Regan is the author of new book, From Showing Off to Showing Up, that she describes as a memoir with a side of self help. Now a podcaster, actress, and presentation coach, Regan joins us on this episode of Broadcast Dialogue – The Podcast to talk about emerging from years of masking anxiety and imposter syndrome to walk the path of self-discovery and authenticity. Listen on your favourite podcast app or here:

LISTEN: On the latest Sound Off Podcast, Matt Cundill speaks with Marty Forbes, veteran Program Director, VP and GM at stations like 99.9 CKFM Toronto, The Bear (CFBR-FM) Edmonton, CISL Vancouver, CKKS Vancouver, CJAX Vancouver, CKSL London, and his first gig at CHNL Kamloops. In 2009, Marty started Radiowise Inc. to help companies navigate the changing radio landscape. Now that he’s winding Radiowise down, Matt and Marty dive into the challenges radio stations face in 2022, the way many companies are failing to address them, and the problems with the CRTC’s stagnant grip on broadcasting. Listen on your favourite podcast app or here: