Newstalk 580 CFRA marked a milestone on May 3, celebrating 75 years on Ottawa’s airwaves. Founded by former CKLW Windsor Managing Director Frank Ryan (the “FR” in CFRA), the 1,000 watt station was officially signed on May 3, 1947 at 8:05 p.m. ET by Ottawa Mayor Stanley Lewis. After Frank Ryan’s death in 1965, ownership of the station passed to his wife Kathleen, who subsequently sold CFRA and sister station CFMO-FM to CHUM Limited. Bell Globemedia acquired the station as part of its absorption of CHUM in 2006. The station featured special programming Tuesday, including interviews with on-air legends Steve Madely, Lowell Green, and Ken “The General” Grant. Archival audio also highlighted the station’s history in Ottawa. Read more here.

CKOC 1150 AM Hamilton turned 100 on May 1, without much fanfare. Currently owned by Bell Media and under the BNN Bloomberg Radio banner, CKOC has the distinction of being the oldest continuously-operating radio station in Canada, on the air since May 1, 1922. The third station in all of Canada, prior to last February, CKOC was a TSN Radio affiliate. 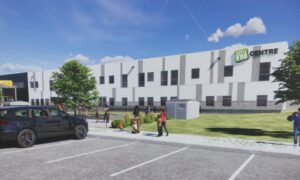 myFM Centre will soon be established in Renfrew, ON, with the broadcaster obtaining naming rights as the town’s Ma-Te-Way Activity Centre undergoes expansion. myFM owner Jon Pole says renaming the centre reinforces the company’s commitment to serving the Ottawa Valley, with its local station CHMY-FM to move into the new building when it’s completed later this year.

CBC Podcasts’ Carrie Low Vs was among the winners at CrimeCon’s CLUE Awards in Las Vegas, which brings together true crime enthusiasts. Carrie Low Vs was named Outstanding Docuseries. Gimlet Media’s Stolen: The Search for Jermain, hosted by Connie Walker, also won for Best Episodic Series. Find the full list of winners here. 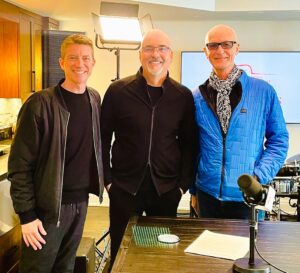 97 South Song Sessions, the Penticton, BC-based songwriters festival, is partnering with Stingray to launch Storytellers on the Stingray Podcast Network. Starting May 16, the show will feature host Paul McGuire in conversation with top songwriters about the creation of their hit songs and the art, craft and career of songwriting. Storytellers’ roughly half-hour episodes will feature guests like Jim Vallance (Bryan Adams), Kim Mitchell, Jeff Trott (Sheryl Crow), Alan Frew (Glass Tiger), Marc Jordan (Rod Stewart) and Corb Lund. The podcast will be accompanied by a 97 South Song Sessions vibes channel on Stingray Music that will offer an eclectic mix of songs written by the songwriters who have performed at the annual festival or joined the podcast. Weekly episodes of Storytellers will be available at stingraypodcasts.com and on all major podcasting platforms.

New podcast alert! It’s called “At The End Of the Day with Hannah Sung.” Follow to get episodes as soon as they drop, on your fave app including here @ApplePodcasts https://t.co/pPldK5pVV7 Starts next week 🌷 pic.twitter.com/IO3xHeayHG

Hannah Sung’s At the End of the Day newsletter is now a podcast. The TVO, Globe and Mail, and Much Music alum started At The End Of the Day in 2020 at the outset of the pandemic as a way to stay connected. Two years later, she boasts over 2,000 subscribers. Facebook is quietly getting out of podcasting. The platform started allowing hosts to publish shows to their Facebook pages last year. Podcasts will no longer be available on Facebook as of June 3. As of this week, podcasters are unable to link or publish any new podcasts. In an email to users, the platform suggested podcast-related content is surfacing elsewhere in the Meta ecosystem, including Reels and Live. 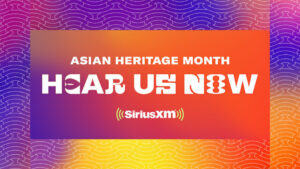 The Steve Young Broadcaster of the Year award is open until May 13. Anyone working in the industry can nominate any worthy broadcaster under the age of 31 as of Dec 31, 2021. Nominees must work in On-Air, Programming, Promotion, Production or Creative. Learn more here.

LISTEN: The Sound Off Podcast celebrates its 300th episode. Matt Cundill looks back on where the podcast started, mistakes corrected along the way, and how the show has evolved since 2016. He also acknowledges those who helped the show reach this milestone.