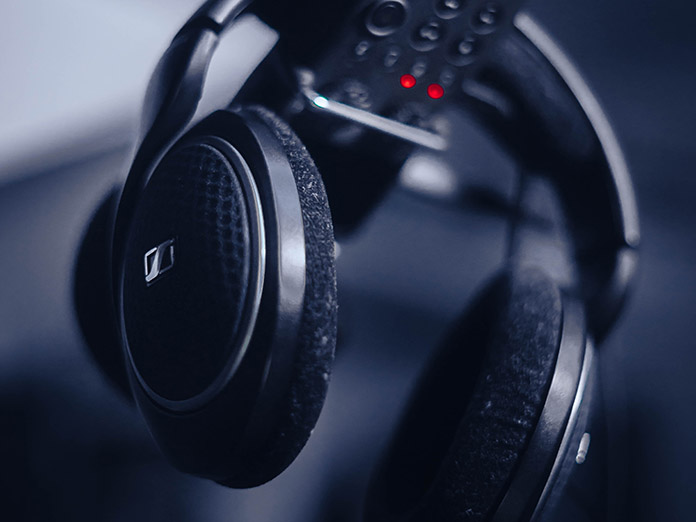 Corus Radio is launching a new national, weeknight talk show, starting Jan. 10, hosted by former Global National correspondent Ben O’Hara-Byrne. A Little More Conversation with Ben O’Hara-Byrne will air weeknights from 7 p.m. to 10 p.m. PT / 10 p.m. to 1 a.m ET on Corus Radio’s seven AM stations, including 980 CKNW Vancouver, 770 CHQR Calgary, 630 CHED Edmonton, 680 CJOB Winnipeg, AM 900 CHML Hamilton, 980 CFPL London, and AM 640 (CFMJ-AM) Toronto. Corus says the show will be driven by O’Hara-Bryne’s curiosity, featuring “compelling stories, diverse viewpoints, thoughtful questions and frank conversations on topics that matter to all Canadians.” Born and raised in Montreal, O’Hara-Byrne began his broadcasting career in radio in Quebec City before moving into television as a reporter with Global News in Montreal and Toronto, Global National in Ottawa, and Beijing as the network’s Asia Correspondent. O’Hara-Byrne made the leap to CTV News in 2010 as Asia Bureau Chief and later held the same role in London. He returned to Canada in 2015, anchoring the 6 p.m. and 10 p.m. newscasts for CHEK News Victoria for four years and contributing as a columnist to Star Metro Vancouver. Since 2019, he’s been working with British Columbia Investment Management Corporation (BCI) in External Stakeholder Engagement. 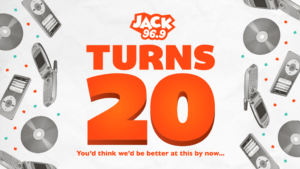 The JACK FM brand in Canada turned 20 on Dec. 26. JACK 96.9 (which now carries the call letters CJAX-FM) first hit the airwaves in Vancouver on Boxing Day 2002 with AC/DC’s “You Shook Me All Night Long.” Licensed by SparkNet Communications, the format is believed to have been partially inspired by the success of CHUM’s 99.9 Bob FM (CFWM-FM) Winnipeg which Program Director Howard Kroeger created after hearing a mixtape at a 40th birthday party and had launched in March of that year. To mark the anniversary, JACK 96.9 has assembled a rundown of what’s changed over the last 20 years.

Native Communications Inc. or NCI is celebrating 50 years of radio. What eventually evolved into NCI was started in the fall of 1971 in northern Manitoba by a committee made up of northern Indigenous communities concerned about representation and seeking programming in Indigenous languages. NCI underwent substantial growth in the 1990s when it began purchasing transmitters, officially going on-air in Winnipeg in the fall of 1998. It now operates 57 transmitters reaching almost every corner of the province.

Jigs & Reels, a Newfoundland-themed music program heard weekly on 98.5 CKWR Kitchener for two decades, is returning to the community radio station after a 14-year absence. Host Dean Clarke initially wrapped the show in 2008 to spend more time with his young family, but has now revived the program as of Jan. 3. It’s airing Monday evenings at 7:30 p.m. ET. 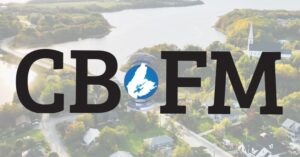 CBFM, Cape Breton’s newest online radio station, has launched featuring the music of homegrown performers like Rita MacNeil, The Rankins, Matt Minglewood, The Barra McNeils, and Natalie MacMaster, among others. Operated by the Gaelic College (Colaisde na Gàidhlig) and broadcasting from the Beinn Mhàbu campus on the west coast of Cape Breton Island, the station will also feature programming in the Gaelic language with a mission to promote, preserve and perpetuate the culture, music, language, and traditions of immigrants from the Highlands of Scotland. Listen live here.

SiriusXM is celebrating the influential music of David Bowie this month with the limited-run David Bowie Channel (ch. 104). Honouring what would have been the singer’s 75th birthday on Jan. 8, listeners can expect to hear music spanning Bowie’s entire catalogue, live tracks from concert performances, and rare tracks and remixes. Celebrity guest DJs include Beck, Billy Corgan, Linda Perry, Carlos Alomar, Rosanna Arquette, David Arquette, and Patrick Stump, who will host and spotlight their favourite Bowie tunes and share memories of the iconic artist. The pop-up channel is running for two weeks through Jan. 18 and streaming online on the SXM App throughout the month of January. Spotify has acquired podtech company Whooshkaa which turns radio broadcasts into on-demand audio. The Australian-based platform gives independent creators, publishers, broadcasters, and brands an end-to-end platform to host, distribute, monetize, and track on-demand audio. As part of the acquisition, Spotify plans to integrate the tech into Megaphone, which it acquired in late 2020. When it comes to ad-supported audio, Spotify says two formats are seeing the most consistent growth: streaming radio and podcasts, and with the acquisition radio publishers will have greater opportunity to reach new audiences and earn more from their content. 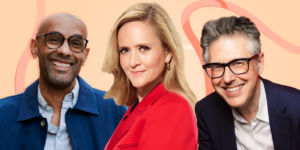 Hot Docs Podcast Festival is once again going virtual, Jan. 25 – 28. This year’s festival will feature live conversations with Samantha Bee, Ira Glass, and NPR’s Invisibilia, among others, in addition to a slate of industry sessions and speakers. Find the full lineup here.

LISTEN: On our year-end podcast, we usually focus on the newsmakers in the broadcast, podcast, tech and streaming space, however Broadcast Dialogue and our parent company, Momentum Media Marketing, closed the year with a huge internal move as James Wallace, the digital strategist who has been the backbone of the company for the last 12 years, returned to the agency world. We’re happy to say we’ve recruited Jeff Lush as our new Director of Digital Media, who leaves a similar position at Rogers Sports & Media after 16 years. On the year-end episode of Broadcast Dialogue – The Podcast, we welcome both digital experts to debate the state of the industry, predictions for 2022, and more.

LISTEN: Mary Anne Ivison joins Matt Cundill on the latest episode of the Sound Off Podcast. Ivison was let go from afternoon drive at Bell Media’s Pure Country (CKKL-FM) Ottawa in February 2021, and spent the rest of the year pivoting away from the profession that was her livelihood for 12 years. In this episode, you’ll hear how the Tilbury, ON native got her start in radio and wound up falling in love with Ottawa, as well as what lies ahead in the world of voiceover and why she’s doubling down on audio. Listen on your favourite podcast app or here: