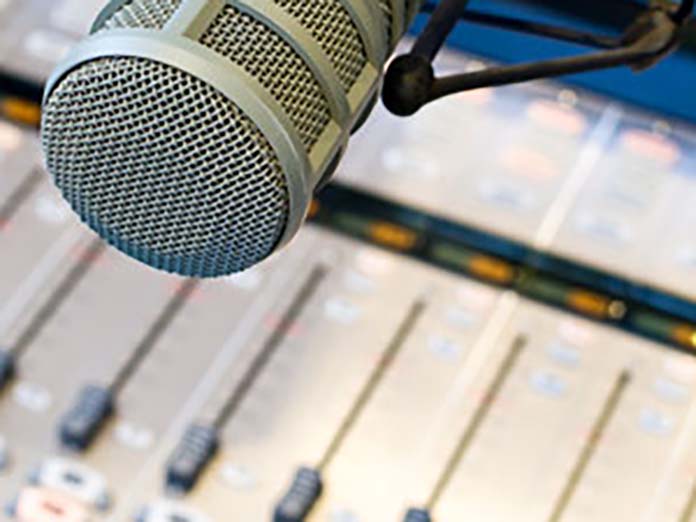 The CRTC has approved Durham Radio’s ownership bid for Vancouver’s former Roundhouse Radio (CIRH-FM). The new station will operate under an amended licence with Durham intending to launch a Smooth Jazz-Rhythmic Adult Contemporary format under the WAVE FM brand. The commission denied Durham’s request for an exception to the requirement to pay tangible benefits, directing the broadcaster to pay $42,060 over seven consecutive broadcast years. CIRH-FM has been off the air since May 2018. The commission previously approved the Pushor Family’s sale of the station to South Fraser Broadcasting in 2019, however that deal later fell through.

Rosalie Trombley, the legendary music director at AM800 CKLW Windsor for 40 years from 1968 to 1984, could be honoured with a bronze statue. Local sculptor Donna Mayne has received funding from the City of Windsor’s Arts, Culture and Heritage Fund to work on a clay bust study for the statue. Trombley, who originally hails from Leamington, is credited with helping propel the careers of artists like Elton John, Kiss, and Bob Seger, who immortalized Trombley in his 1973 song “Rosalie,” which appeared on the Back in ‘72 album.

Vanessa Murphy, the morning show host at Bounce 91.9 (CKLY-FM) Lindsay, ON is the lone Canadian to make it through to Round Two of the annual Radio Star International Talent Competition. Up against presenters from the UK, Ireland, the U.S. and Australia, among those judging this year’s competition are Ross Winters from Pattison Media in Vancouver, Paul Kaye, VP Music/Talent & Brands at Rogers Sports & Media, and Cousin Vinny Barruco of Virgin Radio Montreal.

Andy James, voiceover talent and co-host of The Lake FM (CKOV-FM) Kelowna morning show, has lent his voice to a pitch video plugging a contest to win a trip for two to space via Virgin Galactic. James auditioned for the project, unaware his voiceover would set up a clip featuring billionaire entrepreneur Richard Branson. SOCAN has announced its 2020 financial results, including more than $348-million in royalties distributed to the company’s 175,000 members, a 20% increase in revenues from digital sources alone. Despite the challenges of the pandemic, SOCAN saw an overall revenue decline of only four per cent primarily as a result of 10 months without in-person concert revenue and the use of licensed recorded music in public. The decline was offset by increased collections from digital and international sources. Collections from digital sources reached a record $104-million for music created and published by SOCAN members. 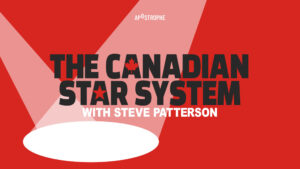 Apostrophe Podcast Company has released its latest podcast, The Canadian Star System. Hosted by Steve Patterson of CBC Radio’s The Debaters, alongside producer/co-host Diana Frances, each episode features a well-known Canadian celebrity who shines the spotlight on someone THEY think should also be a star. The first episode features comedian Rick Mercer highlighting the talents of Canadian stand-up comic Sophie Buddle.

Overstory Media Group (OMG) podcast Decomplicated has released its last episode after two seasons and 40 episodes. Hosted by recent UBC School of Journalism grads Rumneek Johal and Carol Eugene Park, the podcast aimed to “decomplicate” trending stories from the perspective of two women of colour. OMG told Broadcast Dialogue that after many conversations with its creators, it decided this season of Decomplicated would be its last. “There were many considerations that factored into the decision. Decomplicated started as an assumption that young people needed a place to speak about the big topics from the POV of two young journalists. While we were and are excited about this whole concept and proud of the conversations brought forward, the timing wasn’t right for something like this and the community wasn’t growing at the pace it needed,” OMG wrote in an email.

LISTEN: On the latest episode of Broadcast Dialogue – The Podcast, we catch up with Chris Kelly , Co-founder and Creative Director at Vancouver creative content studio Kelly&Kelly, fresh off their latest Rockie Award win for podcasting at the Banff World Media Festival. Kelly talks about his creative journey, predictions on where podcasting is headed and what podcasts he’s taking inspiration from. Listen on your favourite podcast app or here:

LISTEN: The Sound Off Podcast welcomes John Mamola, program director at Tampa Bay sports station WDAE, back to the podcast. For many stations, the arrival of COVID meant a decrease in workload – but not in Tampa Bay with the Rays going to the World Series, the NFL Buccaneers winning the Super Bowl and the Lightning winning two Stanley Cups in a nine-month period. Listen on your favourite podcast app or here:

FEATURE: Barry Rooke, Executive Director for the National Campus and Community Radio Association (NCRA/ANREC), writes about how campus and community stations across the country like Guelph’s CRFU-FM’s, CFRC-FM Kingston, ON, and CHCR-FM Killaloe, ON, innovated to serve and reach their audiences during the pandemic. Read more here.