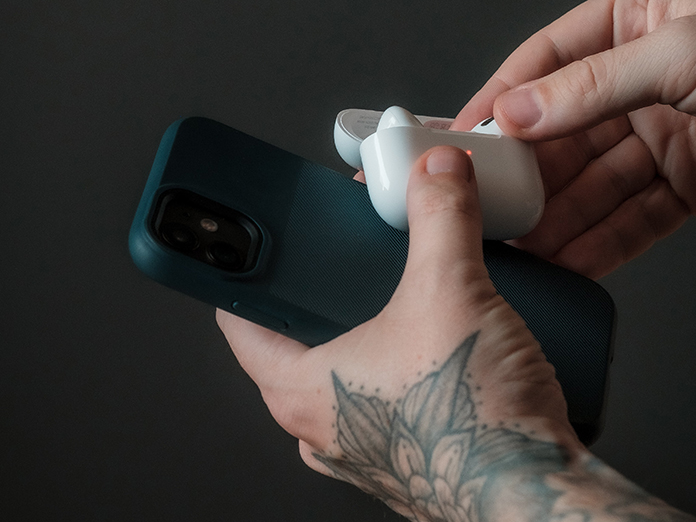 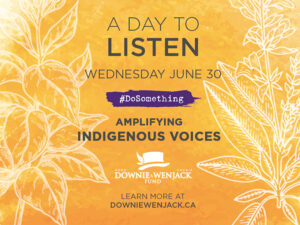 Bell Media, Stingray, Corus Entertainment, and Rogers Sports & Media radio stations are among more than 400 across the country that will participate in A Day To Listen on Wednesday, June 30 – an event recognizing National Indigenous History Month and intended to amplify and elevate Indigenous voices. In partnership with the Gord Downie & Chanie Wenjack Fund (DWF), the event is aimed at leveraging radio’s reach to share stories from Indigenous leaders, residential school survivors, elders, and musicians throughout the day, following last month’s discovery of the remains of 215 children buried at the site of the former Kamloops Indian Residential School. A Day To Listen is available via Orbyt Media. Read more here.

Evanov Communications has rebranded its Brantford Adult Contemporary station “The Jewel” as LITE 92 (CKPC-FM). One of three stations Evanov owns in the market, the company says the LITE 92 format “will retain the best elements of the former Jewel, while skewing slightly younger and be more current in its soft, melodic, pop sound.” Launched Friday morning, the rebrand sees the station add more current hits from artists like Ed Sheeran, Adele and Maroon 5. The LITE branding is already carried by Evanov stations in Ottawa and Hudson-Saint Lazare, while the company retains The Jewel format in Toronto and Meaford, ON. Concurrent with the launch, Evanov has appointed Scot Turner as Program Director for the Brantford cluster. The veteran programmer was most recently Program Director & Operations Manager for Bell Media’s KFUN 99.5 Kitchener. He also spent more than a decade with Corus Radio’s stations in Kitchener and Guelph, in addition to stints with Toronto’s 102.1 The Edge (CFNY-FM) and Energy 108 (CING-FM).

Rogers Sports & Media has applied for an amendment to its broadcasting licence for CKKS-FM Chilliwack authorizing the deletion of its rebroadcasting transmitter in Vancouver (CKKS-FM-2); and a new broadcasting licence to operate an FM radio station in Vancouver that would use the same frequency and transmitter as CKKS-FM-2 Vancouver, which currently rebroadcasts CKKS-FM Chilliwack. It’s also requesting renewal for its licence for CKKS-FM Chilliwack and its transmitters. All three applications are linked and contingent on approval of the new Vancouver station. Rogers submits that CKKS-FM’s programming is focused on three communities: Chilliwack, Abbotsford and Vancouver, which has resulted in fragmented programming focus and limited its ability “to serve each local community authentically.” “Approving our application to delete the Vancouver rebroadcasting transmitter (CKKS-FM-2) from our Chilliwack station (CKKS-FM) and granting our request to operate a standalone station in Vancouver will enable us to improve service in the Chilliwack and Abbotsford communities and better focus our attention and resources at the local level.” Comments are open until July 19.

The CRTC has denied an application by Amherstburg Broadcasting Corporation for a broadcasting licence to operate a low-power, English-language commercial FM radio station in Amherstburg, ON, citing overlap with the Windsor market. The proposed 50-watt, Soft AC station was opposed by Blackburn, which cited declining advertising revenues and financial challenges facing stations in the area due to the COVID-19 pandemic.

105.9 The Region (CFMS-FM) in York Region is debuting a new show exploring the challenges of parenting teens and young adults through the pandemic and into a post-COVID world. Debuting July 17, Where Parents Talk with Lianne Castelino will tackle parenting by exploring practical, proactive, evidence-based solutions and actionable advice. It will air Saturday mornings at 10:30 a.m. ET with episodes available via podcast and on demand at 1059theregion.com and whereparentstalk.com. 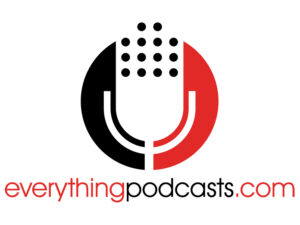 Pattison Media has acquired a partial stake in Vancouver podcast production house Everything Podcasts, as the company continues to expand its focus from traditional broadcast to a multi-platform media company. Earlier this year as part of a company rebrand, Pattison announced a partnership with the branded content company to produce its new monthly “AMPLIFY Canada” podcast, highlighting small businesses in the 36 markets across B.C., Alberta, Saskatchewan, and Manitoba that Pattison Media serves. Everything Podcasts, which has worked with clients including St. Michaels Unity Health Toronto, Kings College London, and social health network Curatio, says the deal “promises significant and exciting opportunities for both companies” and will allow it to scale up its services and broaden its reach to include large multi-national companies, tech, financial services, publishing, and film and television, while expanding further into American and European markets. The company’s current management team will continue to lead the creative studio. Read more here.