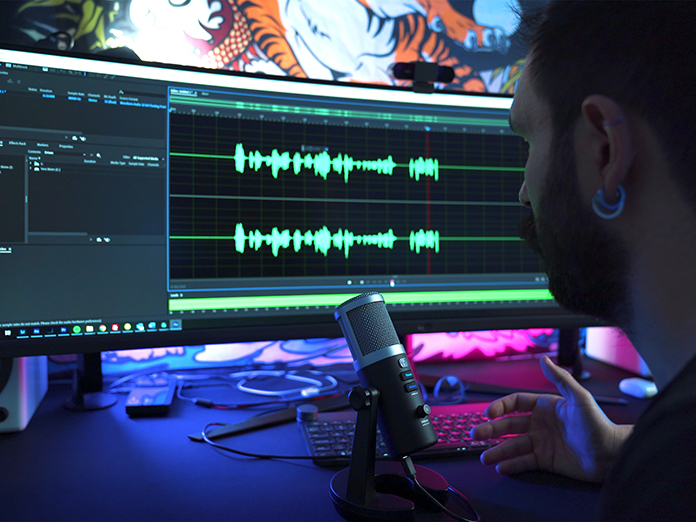 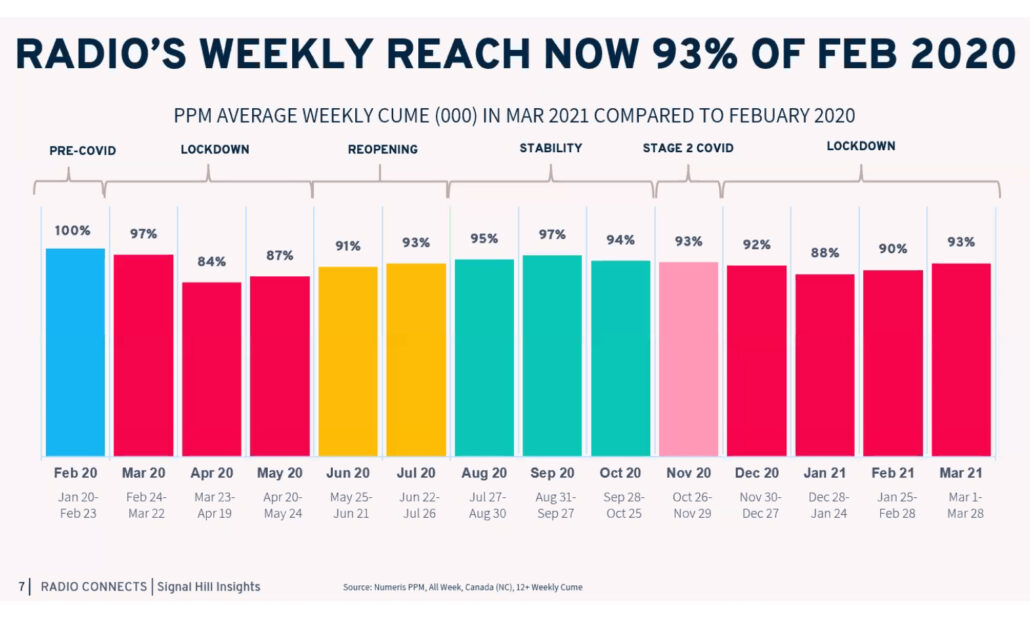 Radio Connects and Signal Hill Insights have released the latest Radio On The Move survey, exploring shifting consumer audio behaviour and the impact COVID-19 restrictions and more time spent at home have had on radio and music streaming. It finds that radio’s weekly reach is at 93% of what it was pre-pandemic in Feb. 2020, as time spent listening ebbed and flowed with changing lockdown restrictions. Over-the-air radio still has a reach of 63% – the most of all forms of audio – with its closest competitor music listening on YouTube (42%). Streaming of AM/FM radio is up with weekly listeners, from 14 to 18% year-over-year or nearly one-in-five Canadians, as more consumers embrace listening to the radio on smart speakers and smartphones. While 68% of Canadians still have a “regular” radio in their home, the shift to digital is accelerating. That growth is being driven by in-home listening where the number of those streaming AM/FM radio is up from 10 to 15% year-over-year. Read more here.

The CRTC has approved the purchase agreement between Acadia Broadcasting and HFX Broadcasting Inc., a subsidiary of Evanov Communications Inc., to acquire CKHZ-FM and CKHY-FM Halifax. Operating as Hot Country 103.5 and Jewel 105, Evanov Communications originally launched CKHZ-FM in Halifax in Aug. 2006 before later launching CKHY-FM in Oct. 2010. With the addition of the stations, Acadia will own and operate 17 stations across Nova Scotia, New Brunswick and Ontario. 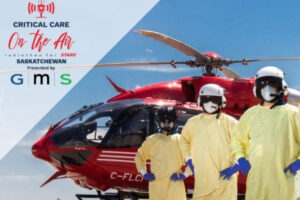 The Critical Care On the Air Radiothon on April 21 & 22 was broadcast on 28 radio stations across Saskatchewan, raising over $342,000 for STARS Air Ambulance. The first year for the event in support of STARS, which flew almost 900 missions in the province last year, will see funds raised go toward purchasing two new cardiac monitors and support ongoing operations at the service’s Regina and Saskatoon bases. 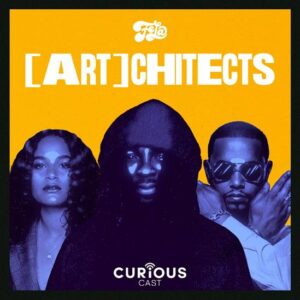 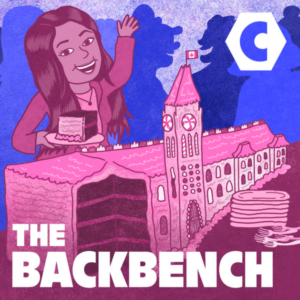 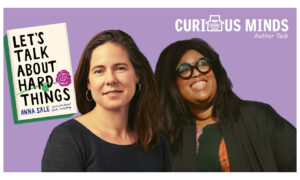 Hot Docs is hosting an upcoming online event on May 27 with podcasters Anna Sale and Aminatou Sow. Sale is the host of WNYC podcast Death, Sex & Money which features cultural luminaries relaying intimate stories about topics most people are too squeamish, polite, or nervous to bring up. She’ll discuss her new book Let’s Talk About Hard Things, in conversation with Sow, host of the Call Your Girlfriend podcast and co-author of the bestselling book Big Friendship.

Benztown has released its seventh annual Benztown 50 List of Radio’s Biggest Imaging Voices in the U.S. and Canada. Among the Canadians on this year’s list are Lisa Keys, Erin Setch and David Kaye. Benztown also named a “Ones to Watch list” which includes Nanaimo-based voiceover talent Matt Fogarty and Toronto’s Amanda Madi.

LISTEN: Dani Stover and Matt talk about the former Indie88 (CIND-FM) and BlogTO podcast host’s love affair with radio on the latest Sound Off Podcast. Among other things, Stover also touches on the limited roles available to women in Canadian radio right now and what her future might hold.

CHOM Montreal staff collaborated last April on a rendition of Tom Petty’s iconic “I Won’t Back Down” at the outset of the pandemic. This year, the crew have covered The Beatles’ “Here Comes The Sun” – the first song played on CHOM at station launch 52 years ago. Among those featured in the video are Terry DiMonte, Randy Renaud, Bilal Butt, Jason Rockman, Sharon Hyland, Hal Jaques, Pete Marier, Pierre Landry, Esteban Vargas, Jessica Dionne, Melissa Mastrogiuseppe and Mathew Wood.