LISTEN: The Ontario Association of Broadcasters (OAB) Connection ’22 came back with a bang as the event returned in-person for the first time since 2019, Oct. 18-19. If there was a theme that emerged this year, it’s that radio, in particular, is faced with more uncertainty than ever amid audience and advertising pressures and questions around a changing regulatory landscape. In spite of all of that, there was a measured level of optimism from broadcasters. Broadcast Dialogue spoke with several executives, in addition to Canadian Association of Broadcasters (CAB) President Kevin Desjardins, on their takeaways from this year’s event. We also caught up with Evanov Communications President Paul Evanov, whose late father and radio pioneer Bill Evanov was inducted into the OAB Hall of Fame, one of the highlights of Connection ’22.

Deloitte’s Josef Hrebick told last week’s Ontario Association of Broadcasters (OAB) conference that broadcasters should prepare for potential negative growth as economic uncertainty starts to impact discretionary spending. In an outlook entitled “The Future of Broadcasting,” Hrebick, who leads Technology, Media & Entertainment and Telecommunications (TMT) and Business Growth Strategy at Deloitte, discussed what the “new normal” looks like as the industry’s key drivers – listenership, advertising and operations – continue to be pressured. According to Deloitte projections, advertisers will likely continue to allocate less of their total spend to radio. With that allocation 11.3% in 2019 and 8% this year, Hrebik said that number could decline to 6% by 2026 as money funnels to new channels outside broadcast radio and video. Read more here. 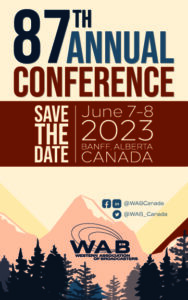 SAVE THE DATE: The Western Association of Broadcasters (WAB) has announced that its 87th Annual Conference will take place at the Fairmont Banff Springs, June 7-8, 2023. More details to come. The Community Radio Fund of Canada (CFRC) has announced a call for applications for the Local Journalism Initiative (LJI). The Canadian Heritage funding supports community, campus and Indigenous radio stations in hiring journalists to create original civic journalism that covers underserved communities across Canada. Successful applicants can receive up to $55,000 to hire a reporter for the period from April 1, 2023, to March 31, 2024. Stations eligible to apply include not-for-profit Canadian radio stations who hold a CRTC broadcasting license for a Community, Campus or Indigenous Type B radio station. Learn more here. Applications close Nov. 21.

This morning on boom 973 Mornings with @stujeffries we go back to the day AFTER the @BlueJays won the 1992 World Series. #backintheday #radio @BroadcastDialog – news, traffic, birthdays, horoscopes… All like it would have been in ’92. pic.twitter.com/EdgevZQLMl

Stingray’s boom 97.3 (CHBM-FM) Toronto marked the 30th anniversary of the Toronto Blue Jays 1992 World Series win on Tuesday’s morning show with Stu Jeffries. The station marked the big event for Toronto, by going back 30 years to the day after the Jays won the title, creating fictitious morning show “The Stu Morning Zoo,” with the show’s production elements re-imaged to give it a ‘90s vibe. Jeffries was joined by traffic and news broadcast legends Paul Cross and Evelyn Macko, in addition to “Gadget Guy” Marc Saltzman. Horoscopes and “Celebrity Birthdays” features also included Ed Robertson of Barenaked Ladies, whose birthday was Oct. 25. 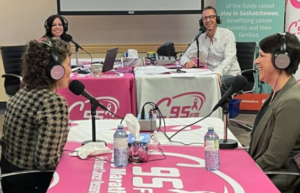 LISTEN: Bryan Barletta is back on the Sound Off Podcast to talk about the evolution of his company, Sounds Profitable. Barletta discusses some of the podcasts he’s on-boarded, like The Download, and podcasters he’s worked with including Arielle Nissenblatt, Lauren Passell from Tink Media, Tom Webster, Evo Terra, and James Cridland. He also talks about the value and difference between programmatic and dynamic ad insertion and how (and if) you should be using it to monetize your show.