Corus Studios made several landmark deals ahead of MIPCOM, including sales to Cooking Channel in the U.S. for grilling competition series Fire Masters (20×60), and pre-broadcast sales of demolition show Salvage Kings (10×60) to A+E Networks in the UK + Ireland, Sweden, South Africa, Poland and Romania. Truck racing docuseries Big Rig Warriors has sold to Foxtel in Australia, A+E’s FYI in the U.S. and A+E Networks in Italy. Additionally, History Erased (8×60) has sold to Foxtel in Australia and New Zealand as well as HISTORIA in Spain and Portugal. HGTV Canada series Island of Bryan (13×60) also cemented three deals internationally with initial sales for Season 1 to Foxtel in Australia, TVA’s Group Channel CASA in French Canada, and Israel’s Talit Communications. $ave My Reno, Season 1 & 2 was picked up by A+E’s FYI in the U.S. along with South Africa’s The Home Channel for Season 2. CTV’s most-watched series following Premiere Week (Sept. 23-29) is The Good Doctor, followed by Big Bang Theory spinoff Young Sheldon. Numeris data provided by the network indicates the Season 3 premiere of The Good Doctor was watched by 2.6 million viewers. Young Sheldon (1.5 million) claimed the #1 comedy spot during Premiere Week. Premieres of new CTV series Stumptown (1.8 million) and The Masked Singer (1.8 million) also made it into the Top 10 among both total viewers and A25-54. Overall, CTV says it was home to 10 of the Top 20 most-watched series during Premiere Week among total viewers, and 11 of the Top 20 series in the key A25-54 demo. Global’s #1 new series during Premiere Week was serial killer drama Prodigal Son, which was #1 among total viewers and all key demos. According to Numeris data provided by Global, its fall drama roster claimed half of the Top 10 most-watched series with the sophomore season of medical drama New Amsterdam (2.3 million viewers), 9-1-1 (2.1 million viewers), NCIS (2.0 million viewers), and Missy Peregrym procedural FBI (2.0 million viewers). Survivor was the network’s #1 reality series, drawing 2.2 million viewers. Season 39 increased its audience year-over-year by 6% (2+) and 10% (A18-34).

Jessica Mulroney will helm all-new original wedding series I DO, REDO for CTV and Netflix. Mulroney will revisit first-time wedding disasters before re-making the wedding dreams of 10 couples. The 10-episode, 30-minute series from Insight Productions (a Boat Rocker company) is currently in production in Canada and the U.S. and set to premiere in 2020 on CTV, CTV Life Channel, and Crave in Canada, and on Netflix internationally. Mulroney currently serves as a fashion contributor on Good Morning America. CTV’s The Amazing Race Canada, Season 8 casting is now open. Aspiring competitors can apply for their chance to run the race of a lifetime at CTV.ca/TheAmazingRaceCanada. The submission deadline closes Dec. 1. Encore International and Quebecor Content have announced that the first international adaptation of Quebec comedy series Boomerang has started filming in Sweden. Following a signed agreement with Swedish production company Art & Bob, 10 half-hour episodes of the adapted series are being filmed for broadcast across all Scandinavian countries starting in Spring 2020. Currently broadcast in its original version in France on Amazon Prime and in Poland, Boomerang airs on TVA in Canada. The romantic comedy focuses on an adorable but debt-ridden couple forced to move into their parents’ basement. Women in Film &Television Vancouver (WIFTV) presented this year’s Artistic Merit Award at the Vancouver International Film Festival (VIFF) Closing Gala to The Whale and the Raven by documentarian and anthropologist, Mirjam Leuze. The film investigates the potential impact of a liquefied natural gas exporting plant and increased tanker traffic on BC’s Great Bear Rainforest. All Canadian films directed by women were eligible for the award. Sinking Ship Entertainment (SSE) has selected International Fund for Animal Welfare (IFAW) as their non-profit partner. SSE has pledged $250,000 to support elephant conservation work in Africa as part of the Endlings Campaign. The public-facing education and fundraising campaign will launch alongside SSE’s new family adventure series Endlings, which explores themes of family, conservation and extinction, as four teenagers discover the interconnectedness between them and the natural world when the last elephant on earth mysteriously vanishes. The Endlings Campaign will include a matching gift campaign and a play-to-save audience engagement tool. The Endlings series will air on Hulu and Universal Kids in the U.S., CBC and SRC in Canada, CBBC in the UK, NDR in Germany, ABC in Australia, Mundo Gloob in Brazil, SVT in Sweden, and NRK in Norway throughout 2019-20. 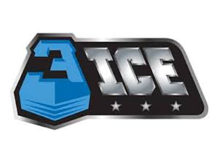 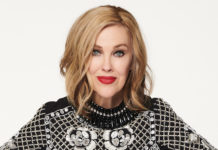